The Telos are a small archipelago between Nias in the North and Mentawai to the south that have emerged as a real alternative to the Mentawai Islands. It’s slightly more user-friendly, but no less perfect waves are all bunched closely together and the protected channels between the islands offer fast speedboat access to all the waves. There is also a great blend of accommodation from family friendly luxury resorts to core surf camps. Oh, and as a real sweetener there is that rare Indonesia bird, a world class beachbreak, in the mix.

Eco-friendly lodges, luxury and mid-range options and lodges with a wave out front

The Telo Island offer a wave to surf almost every day due to refraction and changing wind conditions. Unlike the Mentawai, the 100 islands in the Telo can be navigated through a series of protected channels and lagoons. These flat stretches of aqua-blue water, reminiscent of the Florida Keys, not only make for quick travel through the archipelago, but offer safety from the wild waves and winds of the Indian Ocean. Most of the chain’s recognised 20-odd breaks are within an hour’s boat ride of each other. 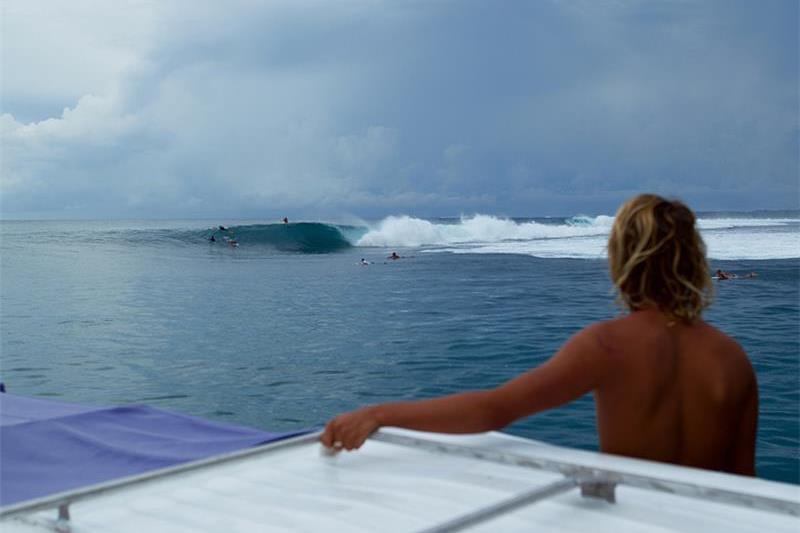 Suited to advanced-level surfers, the Bubble is a super-sucky right that does a 180-degree wrap before ending in deep water. 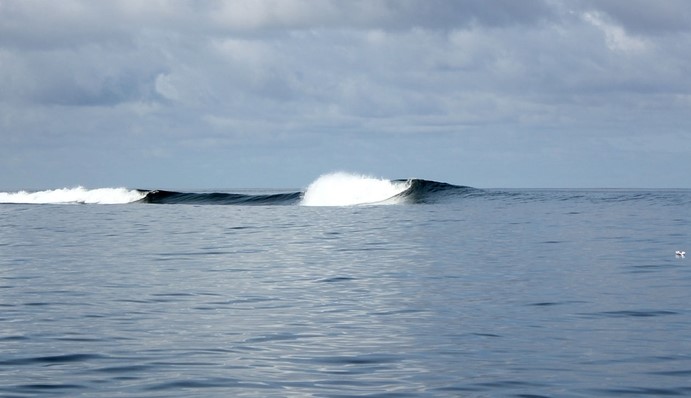 Also known as Churches or Missionaries, this is a long, bowling left is one of the most consistent breaks in the area. 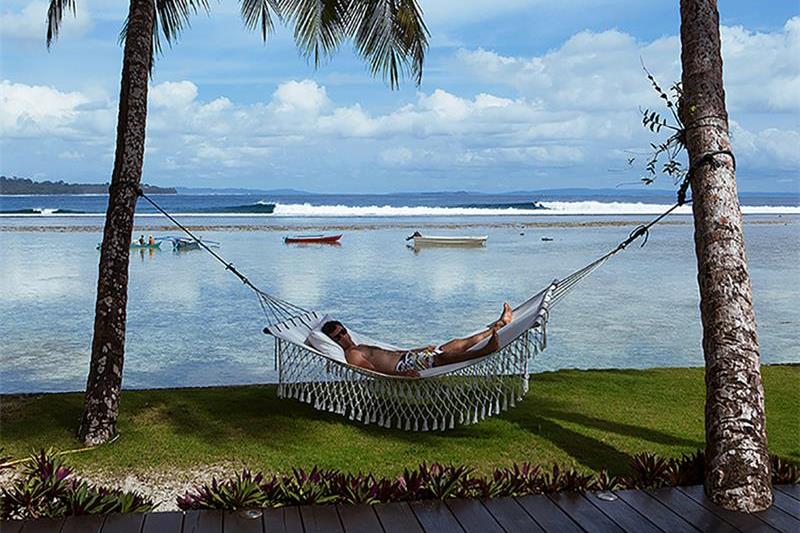 If the wind is on-shore at Max’s left, it’s perfect for the Max’s Right – a fun and sometimes challenging, hollow right hander. 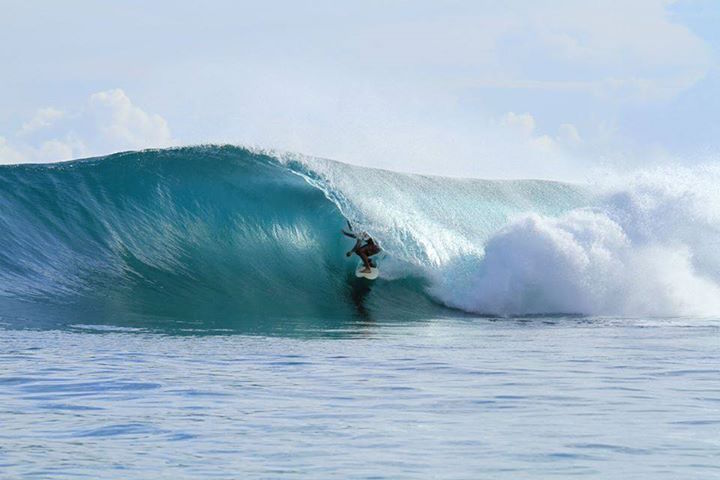 Also called Rangas, this is a super-fun, super tubular right that has been compared to HT’s in the Mentawai’s without the shallow end section. 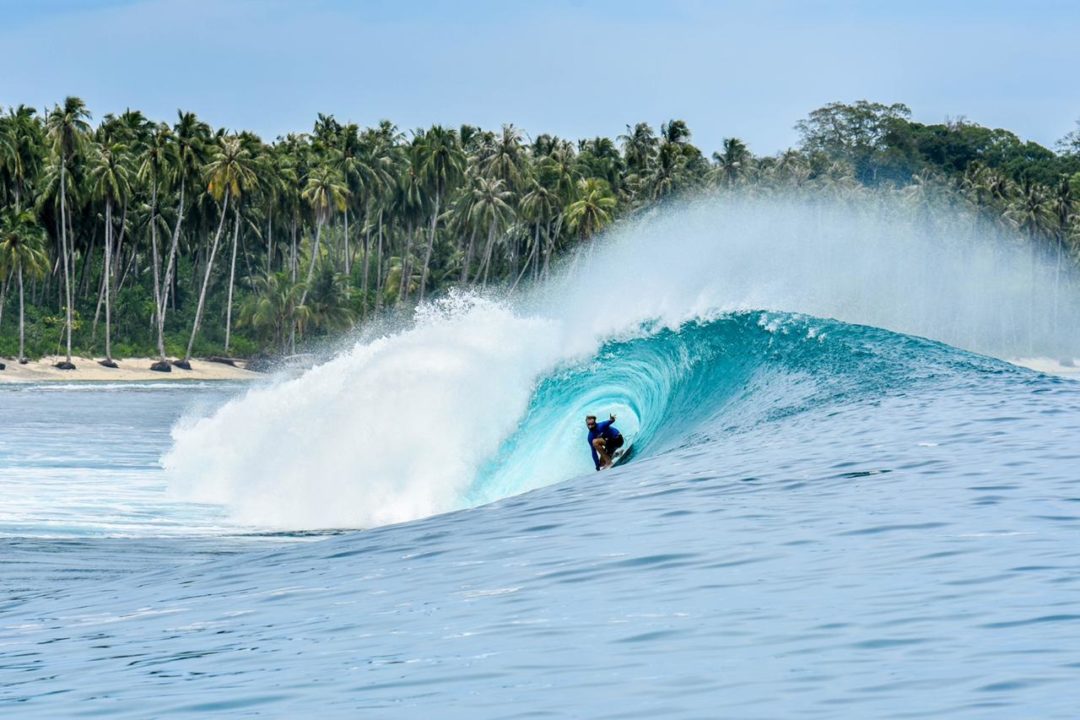 Another epic left point on coral, Jurassic’s is set in a backdrop that influenced the name and can vary from a full heart-in-your-mouth type tube to a fun totally wackable wall. 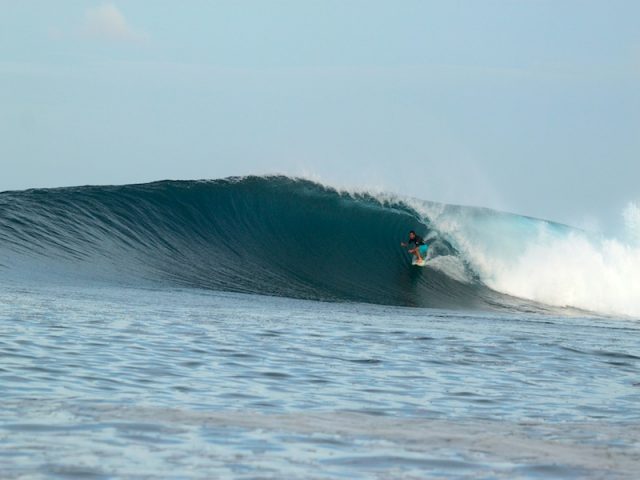 Shallow, dangerous and perfect, this can be one of Indonesia’s best waves on the rare occasions it breaks. 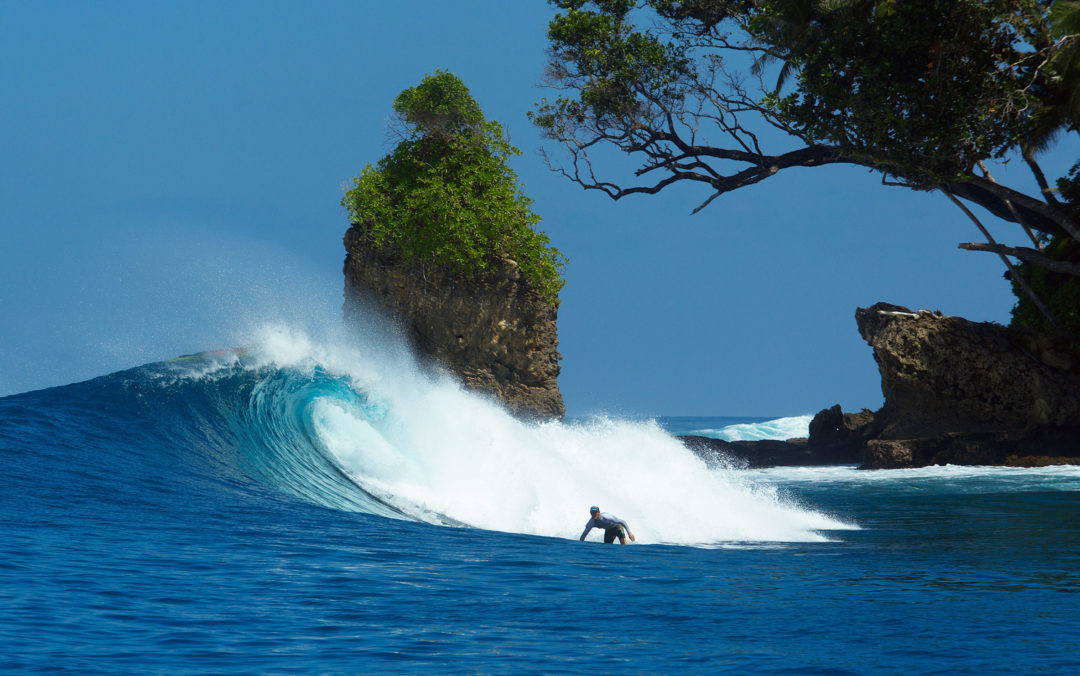 This is your wave out front if you stay at Pinnacles Lodge – a super user-friendly right hander just a paddle out from your villa. Great for longboarders too. 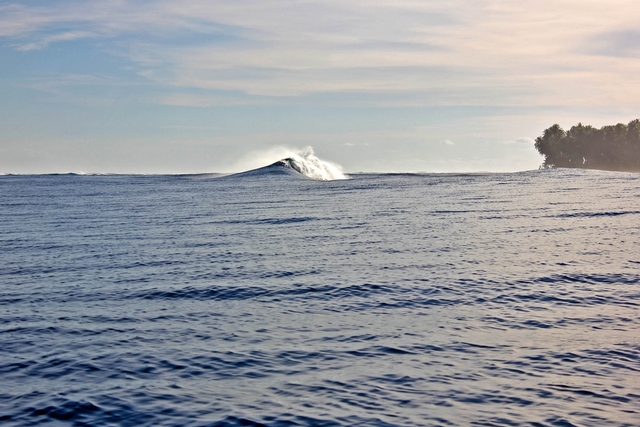 Made up of several separate waves, all of which work on different swell directions, the “yard” is about 10 minutes from the resort and open to the full brunt of swell. Schoolyards can offer everything from a “Sunset Beach” style open-ocean peak, to fun hittable rights and lefts. A trip to the yard always draws a smile. 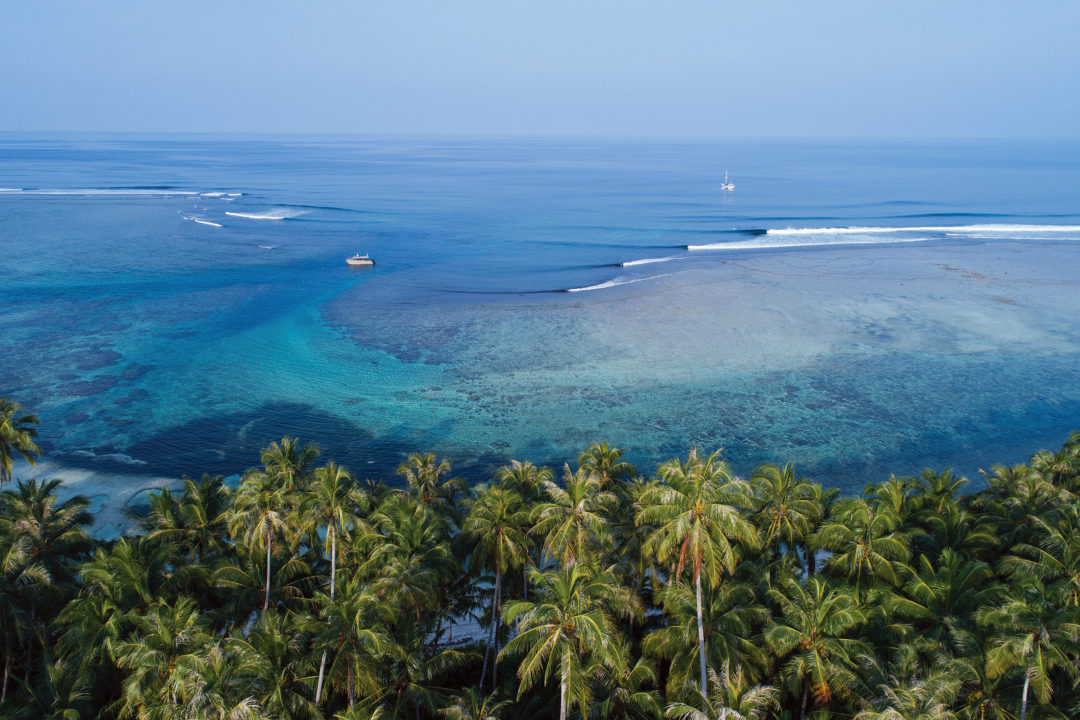 An easy, user-friendly right that runs along the edge of a nearby island. Ideal at 3-5ft. Great for beginners and intermediate surfers, just 10 mins from your lodge. 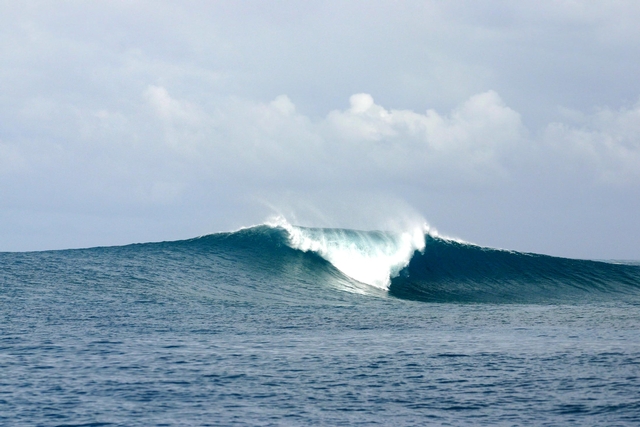 Made up of two separate reef passes, the E.R. features multiple lefts and rights. Best on a very light to medium swell, the E.R. has a wave suited to all levels of experience. Generally the surf needs to be flat at our other breaks for this to be its best. The E.R. is also home to some amazing live coral and snorkeling. 25 minutes from the resort. 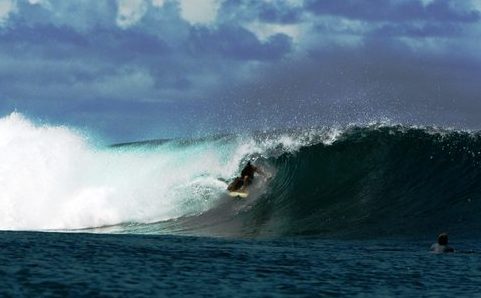 A shallow, tubing left suited for intermediate and advanced surfers. Dislocators is in a region to the south that is more suited to the advanced level surfer willing to leave a little skin on the reef. 35 minutes from the resort. 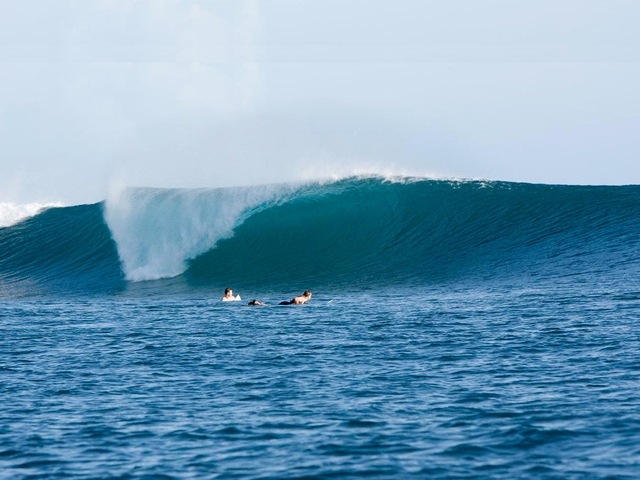 Wegs equals Kegs. An amazing coral point, 45 minutes south of the resort. Nothing but high-speed tubes. 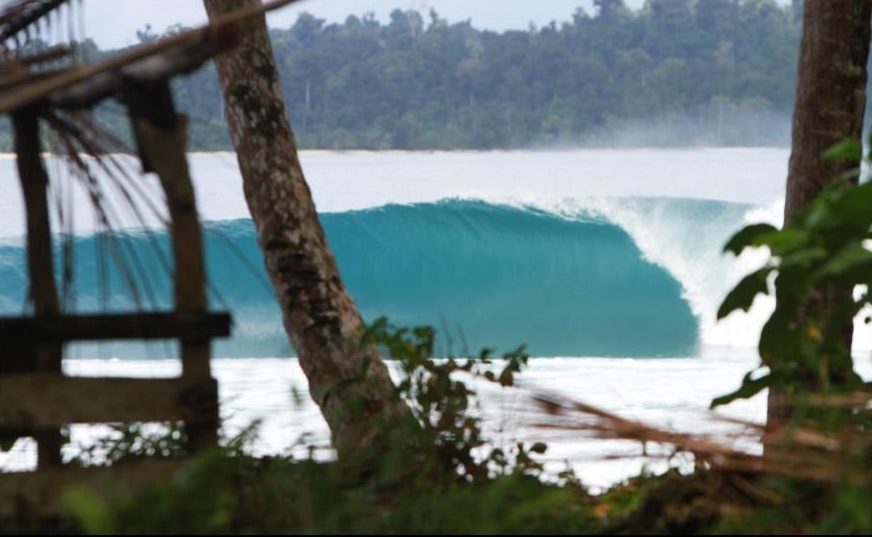 Is the go-to wave in the southern area of the Telos because of its consistency and its appeal to all level of surfers. Actually a series of 4 right hand point reefs. Outer Monkeys gets all the swell, big wall and hollow inside section. New School can be super fun in a mid sized swell,  Coffins is fast barrel from take off before racing down the line, clean exits are rare and finally Monkeys itself. Handling most swells up to a solid 6 foot plus, the wave draws up in to peak at take off. Wider sets can require a cutback before it draws up into fast peeling wave running down the reef for another 100m – 150 m. 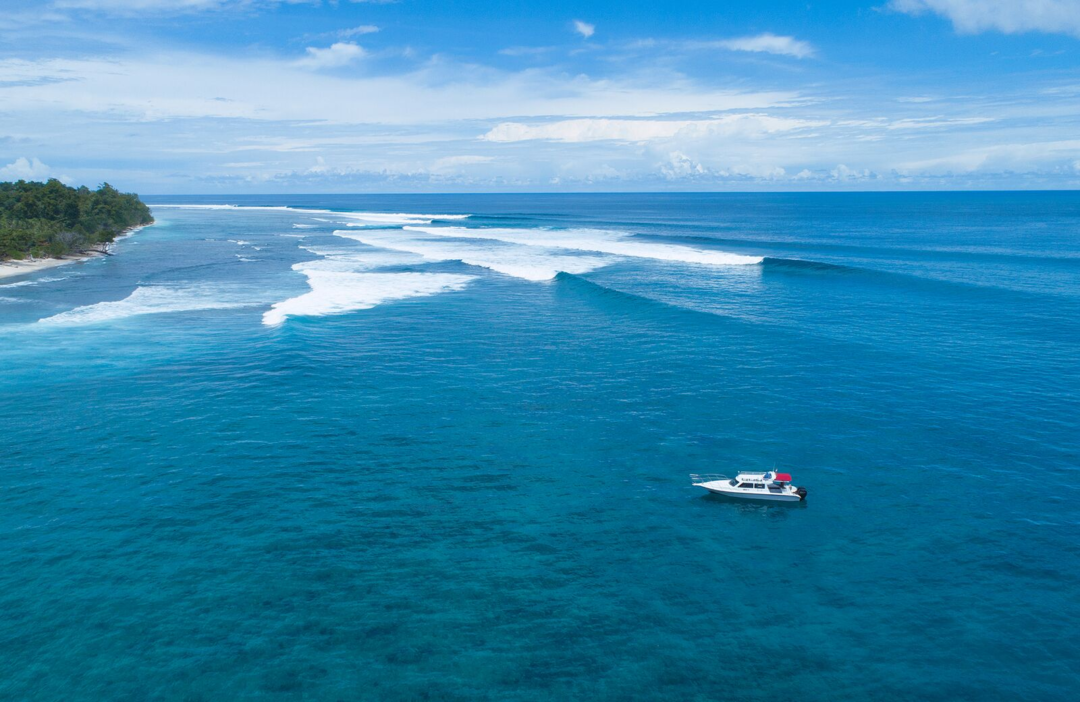 Offers reliable left that is offshore in the SE. A swell magnet, can handle real size. Long left walls with barrel sections up to 300m offer reliable fun. Suits surfers from intermediate to advanced as well as big wave chargers 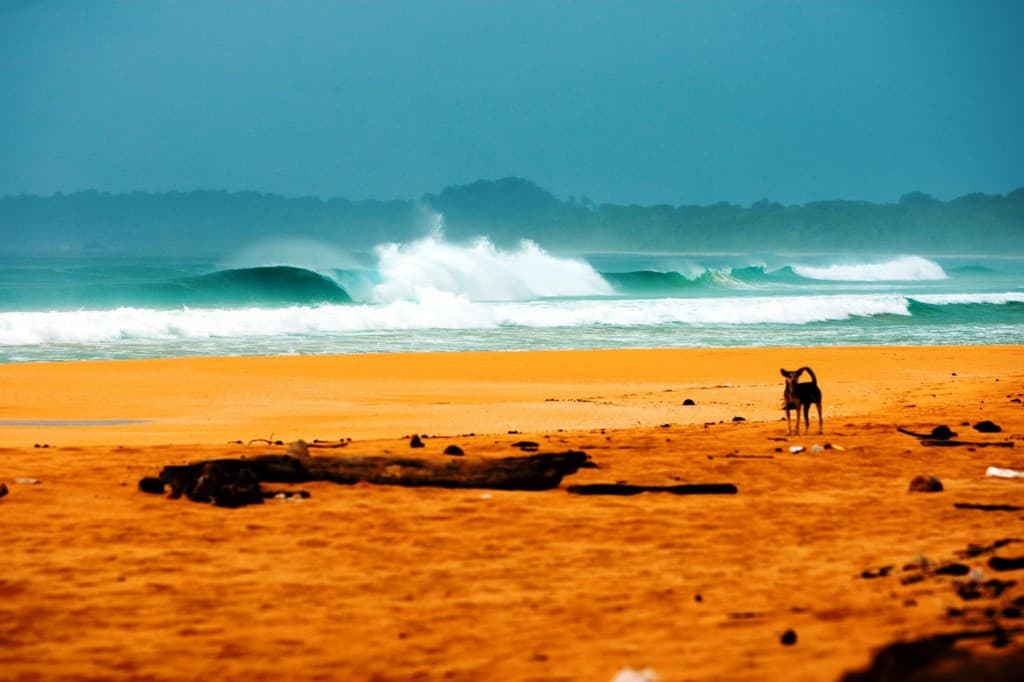 On the SW side of the telos is a rare feature, a long beach fully exposed to swell. Often too big to surf, however when the swell eases back the Beachie offers thick barrels on shallow sand when all other waves are flat. 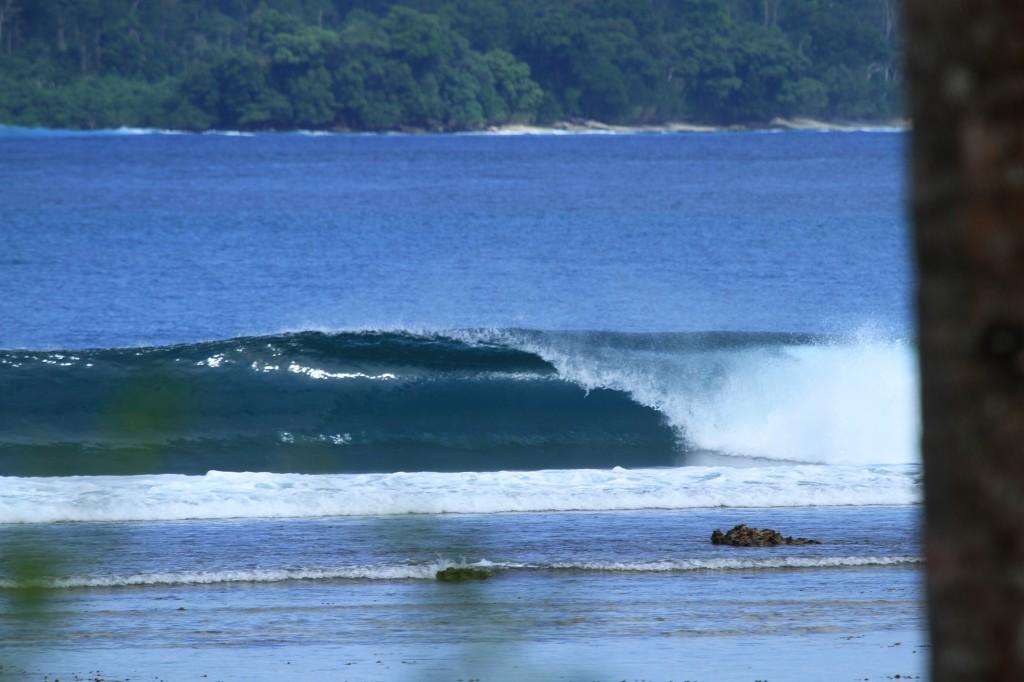 Fast and powerful right hander, 3 tube sections, with its ripabble days. Suitable for all levels 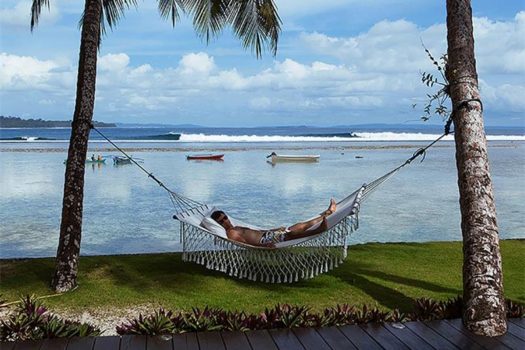 Peak season is really between April and October when swell swinging up from the Roaring Forties and Howling Fifties march south-west across the Indian Ocean and combine with light trade winds blowing from the south-east. However even during the off season when the trades swing west, there are still quality waves to be had and the swells are still relatively frequent. Located on the Equator the wind patterns are relatively calm. This means glassy days are frequent in both seasons. Sea temperatures remain boardshort steady at around 28°C or 82°F. 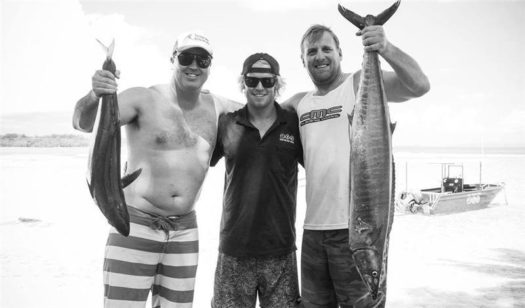 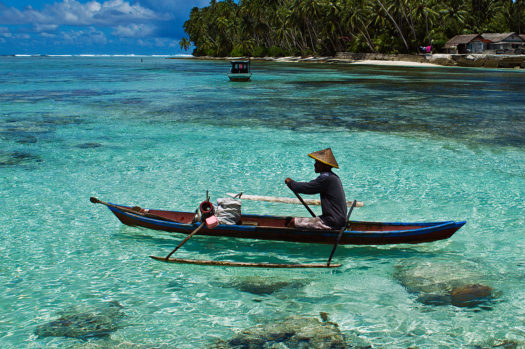 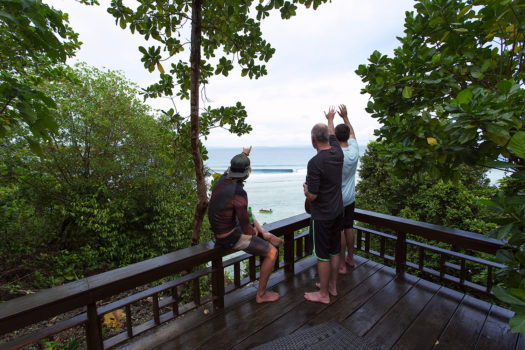 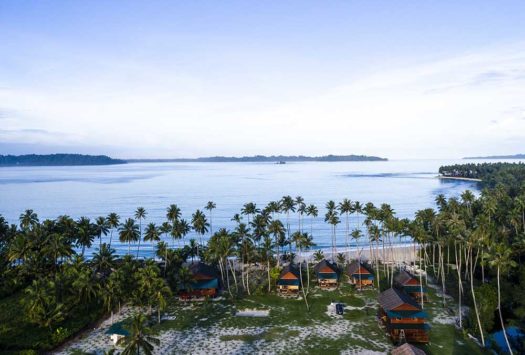 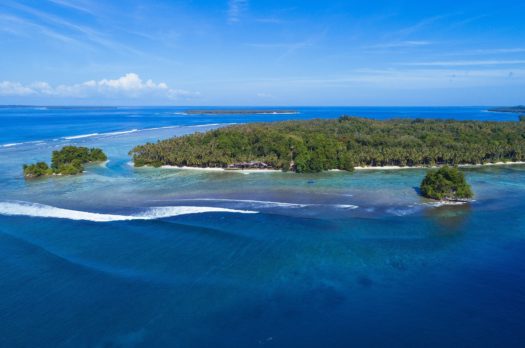 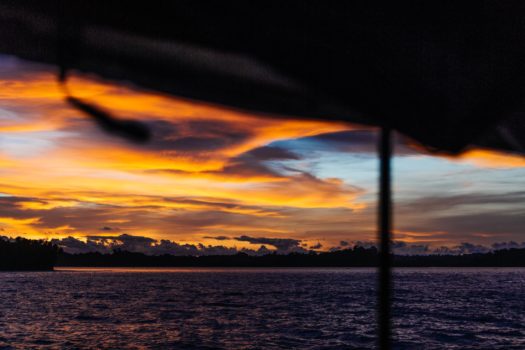 Most resorts offer fishing trips, usually on the way back from the surf. There are plenty of long, white sandy beaches to comb and take in some of the local serenity. There is great snorkelling around the reefs with limited commercial fishery there is some amazing sea life to be seen on the clear days.

With over 255 million people, Indonesia is the world’s fourth most populated country. Consisting of thousands of islands, Indonesia is rich with tropical oceans, delicious fruits, and impressive volcanoes. Even with the nation’s large population, there are many opportunities to escape the crowds by visiting the country’s outer islands, rainforests, and beaches. Over the millennia, Indonesia has been controlled by many world superpowers – including the Dutch, French, British, and Portuguese. Since the end of World War II, Indonesia has remained a free nation with a constitutional government. Because of this diverse history and mix of religion, culture and language t Indonesia offers a unique experience for any world traveller. If you enjoy respectfully meeting new people, you will undoubtedly find the people to be as beautiful as the oceans.

There’s a few options, but the main ways to get to the Telo Islands are either speedboat transfers from Padang or Nias or a charter plane from Padang (PDG) or Medan (KNO). Both Padang and Medan are reachable from international airports at Singapore, Jakarta, Kuala Lumpur and Denpasar.

The biggest drawcard is the abundance of waves packed into this relatively small area. To get wet you won’t have to leave the area

The biggest drawcard is the abundance of waves packed into this relatively small area.

Pinnacles on Telo
from USD $561

One of the region's best right hand waves is directly in front of the Telo Island Lodge, about 80 meters from the front steps.

One of the region's best right hand waves is directly in front of Telo Island Lodge.