Whether you are longing for a genuine adventure, searching for that endless wave, satiating a cultural hunger, or looking for a peaceful haven, the Philippines is the answer. With over 7000 Islands and its Western Pacific location, the Philippines is one of the last great destinations for surf exploration. The perfect wave of Cloud 9 is well known and the country’s surf hub, but elsewhere surf shops and even basic infrastructure is few and far between. You’ll need to be prepared, but new epic discoveries await.

Best months for surf are August to November

Siargao Island is home to Cloud 9, the most famous wave in the Philippines. It was only discovered by travelling surfers in the late 1980’s, so the surf community and culture is still evolving and growing. Cloud 9, on it’s day, has been voted as one of the five best waves in the world! It’s a powerful right hand wave that breaks straight out of deep water and focuses it’s energy straight at the beach. The surrounding area also offers a range of more mellow waves, so beginner surfers can avoid the heavy reef-breaks, but these mellower spots are much busier. It’s generally advised that Philippines surf breaks, unless mentioned, are for intermediate and above – the exception being low season when all breaks are surfable by beginners. 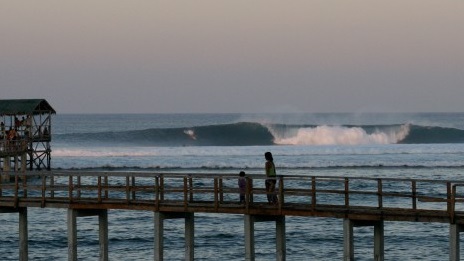 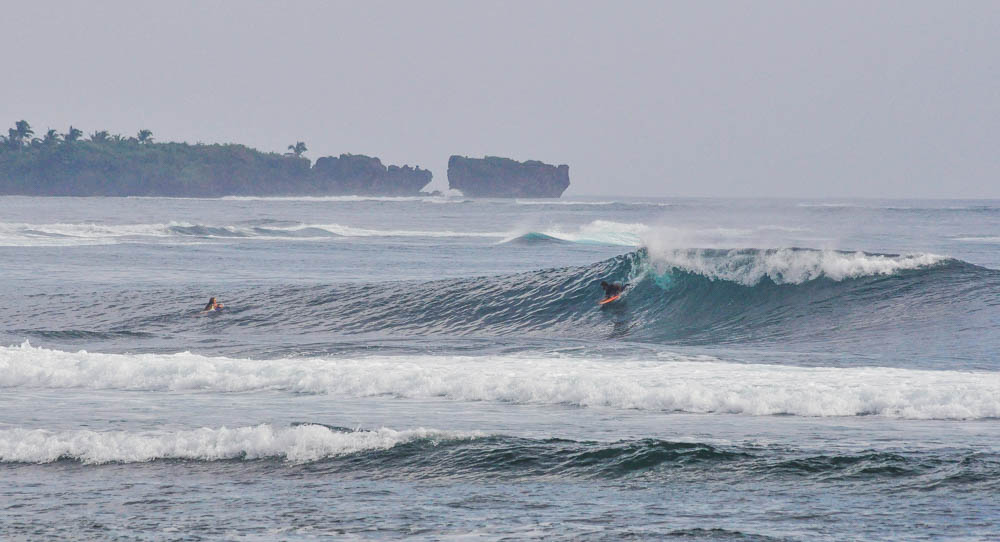 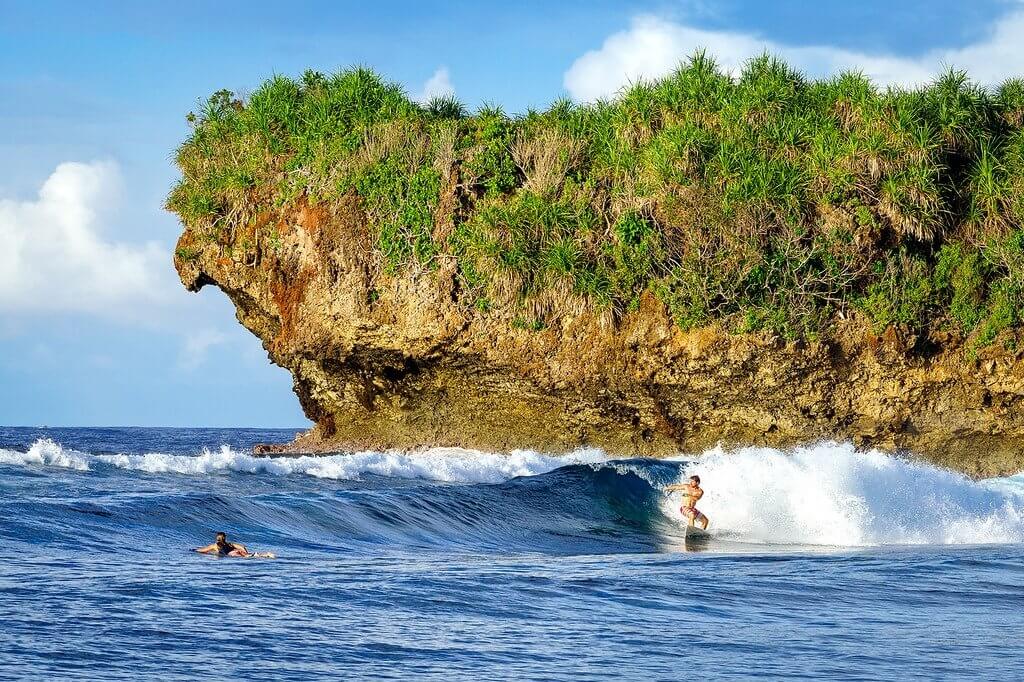 Powerful, hollow fast right hand point break, starts working at 3ft and gets up to 12ft. 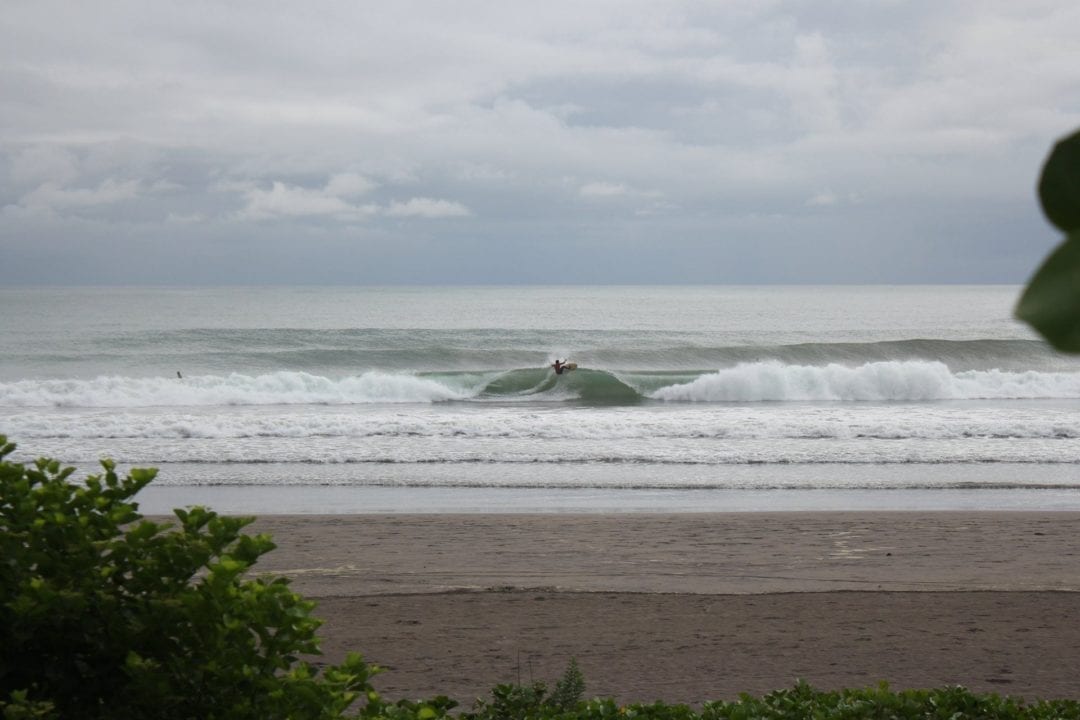 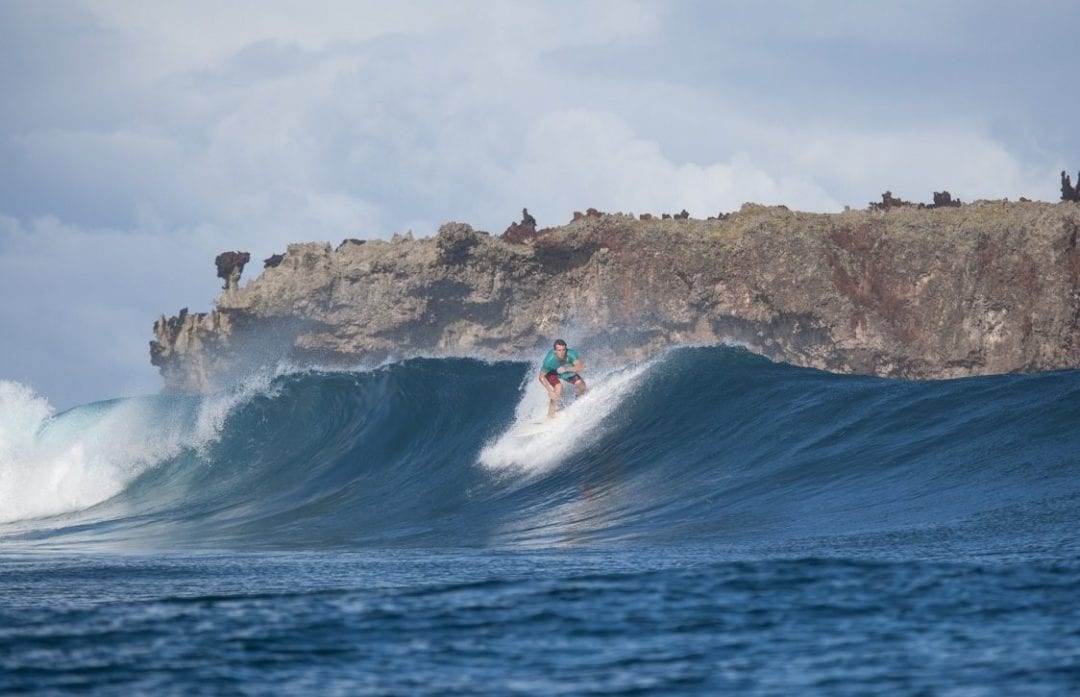 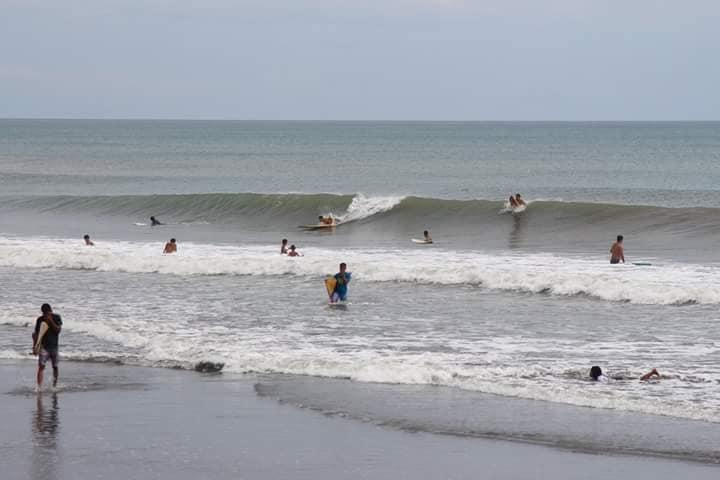 Suitable for beginners to pros, left and right off the pier, gets 3-6ft. 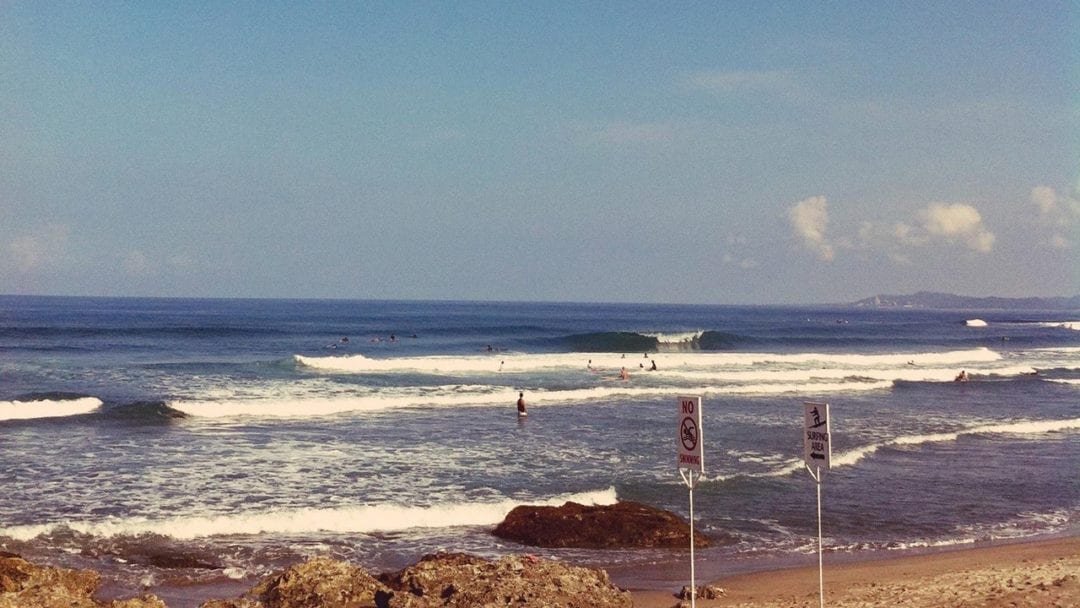 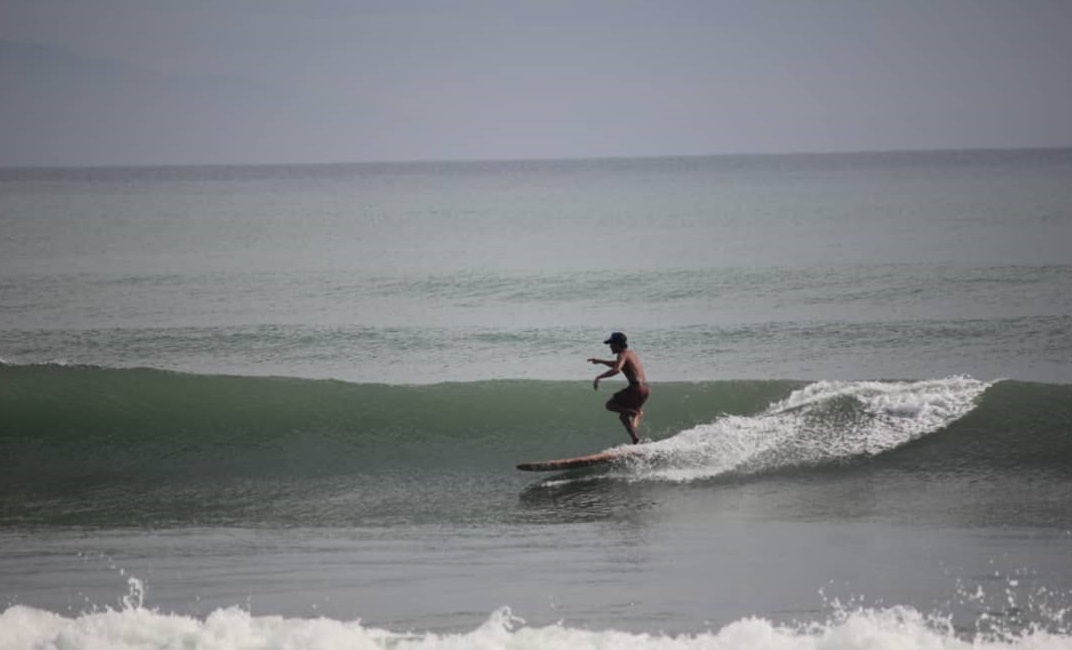 Known for being where Apocalypse Now was filmed. Just a short walk from Baler. Sand and gravel based wedgy break. 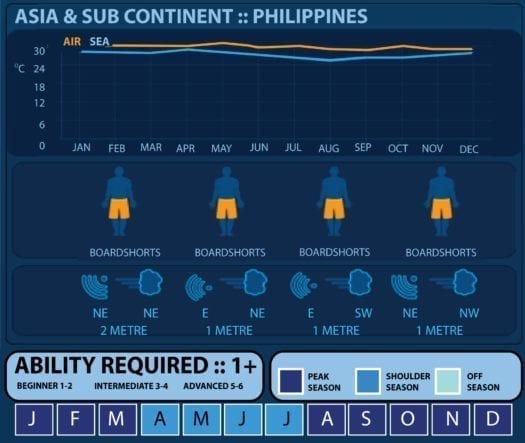 Generally, the best months for surf in the Philippines are August through to November. This is the best time for typhoon swells and also comes with the best winds for the quality surf breaks. Swell starts to pick up in July and August with offshore winds on the Pacific Coast, Typhoons then start to form in the Western Pacific. If you’re looking for big swell coming out of the heavy monsoon season in the Pacific then get out there in September and pray for typhoons. From June to November, despite the Typhoons & monsoons, the east remains dry and warm as this weather dominates the west coast 'wet season' around Luzon. The typhoon season slows down around November with little swell arriving on the east coast. At this point of the year it’s time to start looking at the west coast and the South China Sea. There are waves to be had off of Luzon Island and in Palawan. February sees the northeast monsoon relaxing and the tropical heat sets in from March through until May. Unless you see tropical storms on the charts then don’t expect swell to grow to anything over knee high. 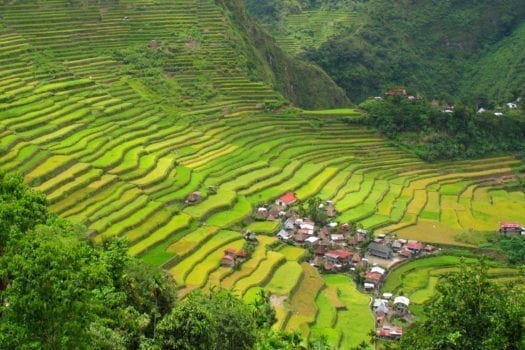 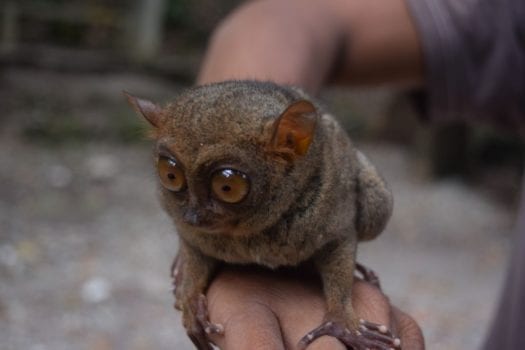 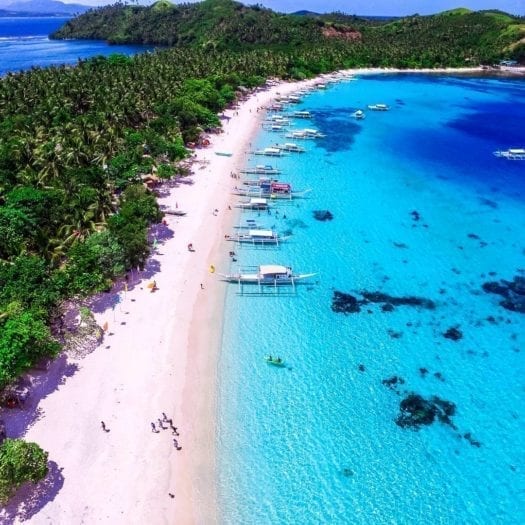 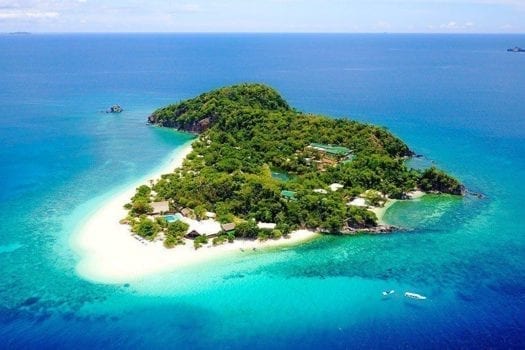 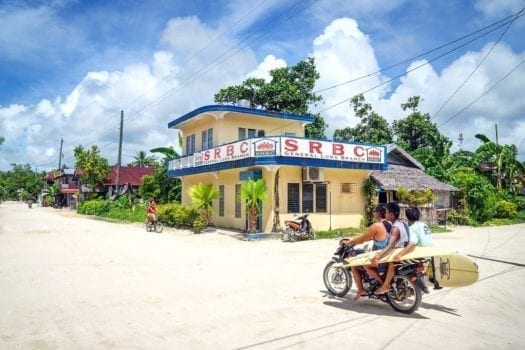 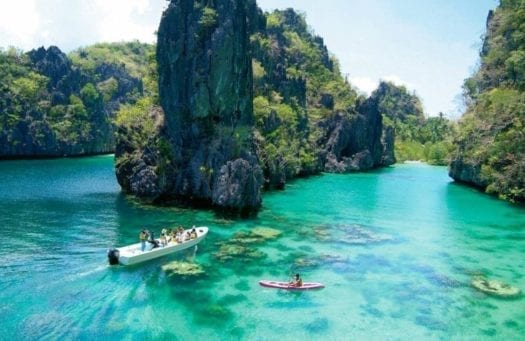 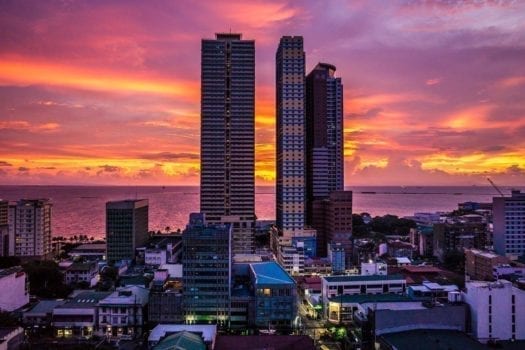 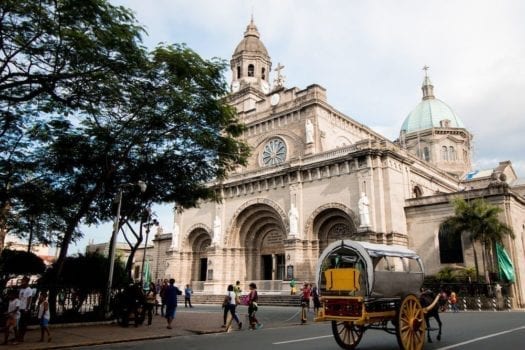 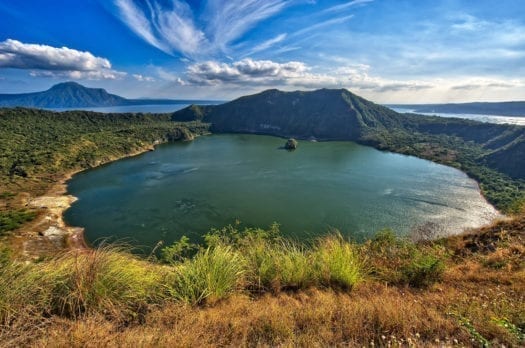 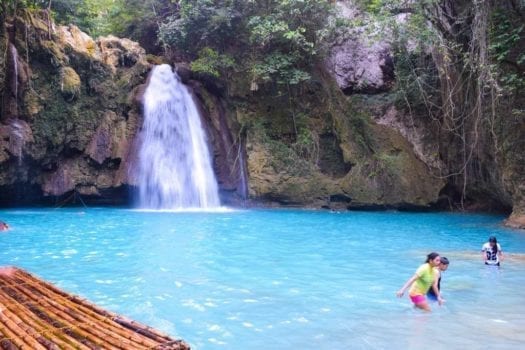 When you aren’t surfing, the Philippines has a plethora of activities to keep you active. Sun and sand are the name of the game in this island nation. With some of the best white sand beaches in the world, a beach day should be on every visitor’s itinerary. Island hopping tours (both boozy and family-friendly) are a great option for enjoying uninhabited islands. Other water sports include sea kayaking and windsurfing. Visitors can also hike the Taal Volcano, gape at gorgeous rice terraces in Banaue, tour historical churches or seek out rare wildlife such as the gremlin-like tarsier. Of course, an evening spent eating delicious Filipino BBQ and watching the sun sink into the water while dreaming of tomorrow's surf is also a worthy option.

The Philippines is located in Southeast Asia, just across the South China Sea from Hong Kong and south of Taiwan. After being occupied by Spain, the United States and Japan, the Philippines gained independence in 1946. Today, the island nation enjoys relative stability, although rebels in the Mindanao region sometimes create conflict. Be sure to check your country’s travel warnings before heading to the region. With only 2000 inhabited islands of the 7107 in the Philippines, the country offers both tourist hotspots and deserted destinations. A wide range of accommodation is available from ultra-luxurious dive resorts to budget bungalows.