Nicaragua’s coast is divided between the Caribbean “Mosquito Coast” and the Pacific Coast, which contains the country’s best waves. On this southwest coast the presence of Lake Managua, about 50 miles inland, helps funnel wind across the country to provide 300+ days of offshore winds. These groom the Southern Pacific’s southwest swells formed in the Roaring Forties and Fifties. The result is excellent, if not exactly world class, pointbreaks and beachies that come with a rich local culture, cheap cost of living and tropical weather.

300 plus days of offshore winds

Mix of beachbreaks and pointbreaks

Suit all levels of surfing

Nicargaua has some of the best points, reef breaks and sandbars in Central America. It’s best surf breaks are in the province of Rivas. They get the south swells from the Roaring 40’s averaging 3-5ft and average about 330 days of offshore winds.The most popular Nicaragua surfing beaches are those near San Juan del Sur, such as Playa Maderas and Playa Majagual. A bit farther north, Playa Gigante and Popoyo also offer decent breaks. Much further north is less travelled so you’ll find less crowds.

Summer has the best swell with it peaking in July and August as well as the promised moderate SW-W offshore winds coming across from the Caribbean and water temperatures ranging between 27-28°C. And it’s for these reasons that you can expect crowds.

Autumn manages to collect some southerly swells that tend not to make it up to the Californian coast, maintaining respectful swell with winds that remain as consistently offshore as in summertime (SW-W). This season however, has a tendency to be quite rainy but it does give you an opportunity to avoid the school crowds.

Winter brings the beginning of strong off/sideshore winds which can sometimes cause upwelling and in turn cool the water down to 15-17°C. Southerly swells become much smaller with less consistency and north swells don’t arrive at all. Not the best time to be in the area.

Spring early season south swells make their way into the beachbreaks and reefbreaks in this zone, although it still can be quite windy with semi-chilly water. Essentially the action picks up again early to mid march with winds calming down and swell picking up. 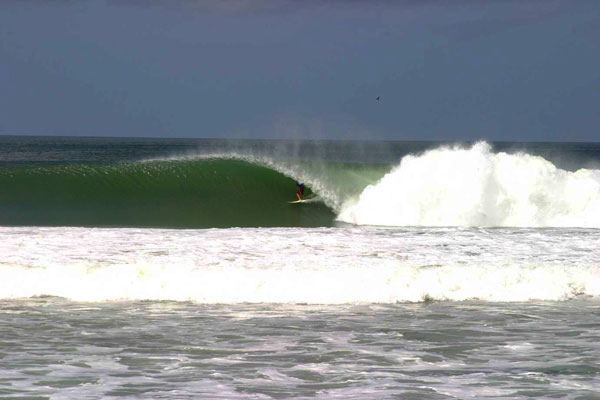 Over a mile long, Playa Hermosa offers several peaks, long walls and the occasional barrel. The waves here are of a higher quality than most in the vicinity, but does require a bit more of a powerful swell to work. Mid to high tide break. Note you will need to pay a small fee to use the road that leads down to the beach but it’s well worth it! 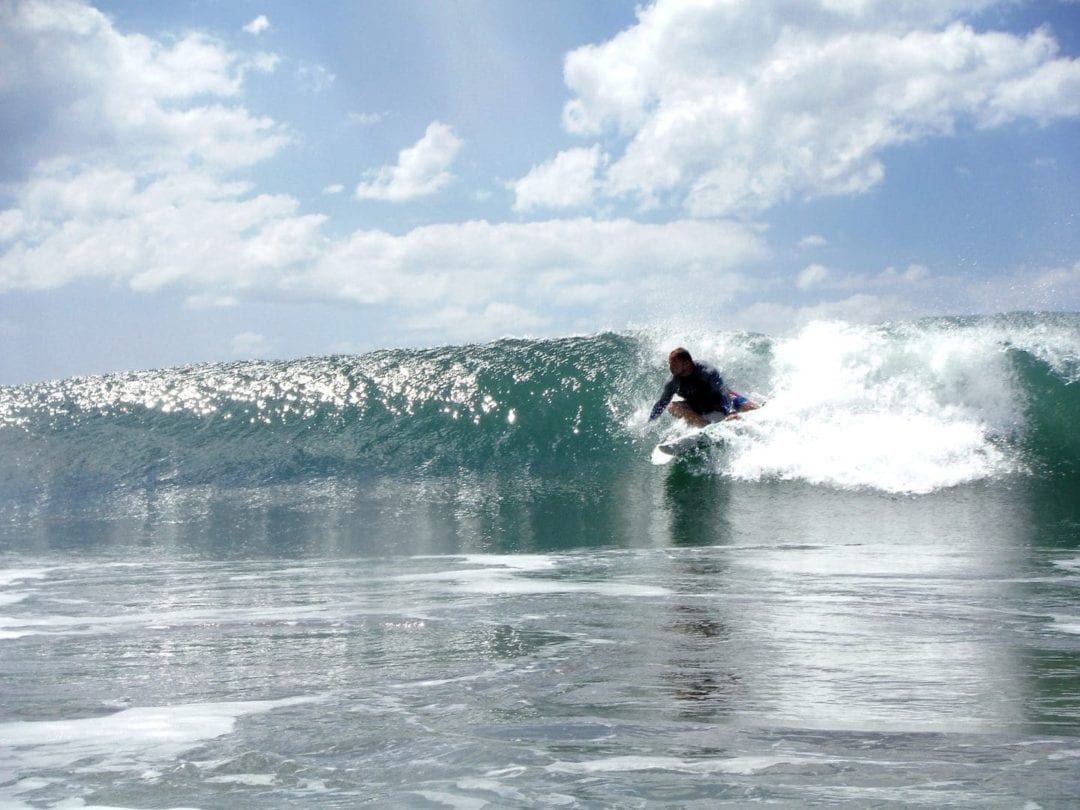 Located in Central Nicaragua, Aschunchillo sits just a little north of the wind corridor flowing from the east and therefore is best at dawn before the winds pick up. This beach break offers consistency that is hard to find. You can grab the occasional barrel but for the most part it’s just a really fun wave to play on without crowds. 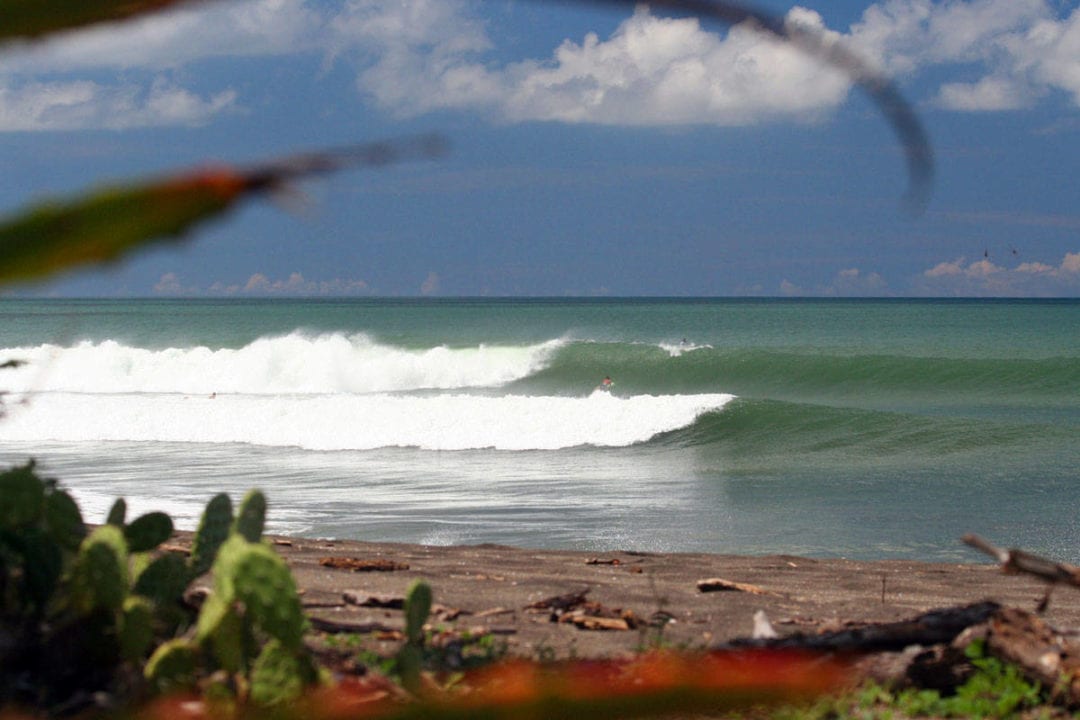 The name gives it away, it’s a blast! Breaking left and right with the left going a little longer. At chest height, this wave will bring you hours of joy. Also a great wave for the less confident surfer to get out there without the threat of a solid working, but do be wary of the rocks. 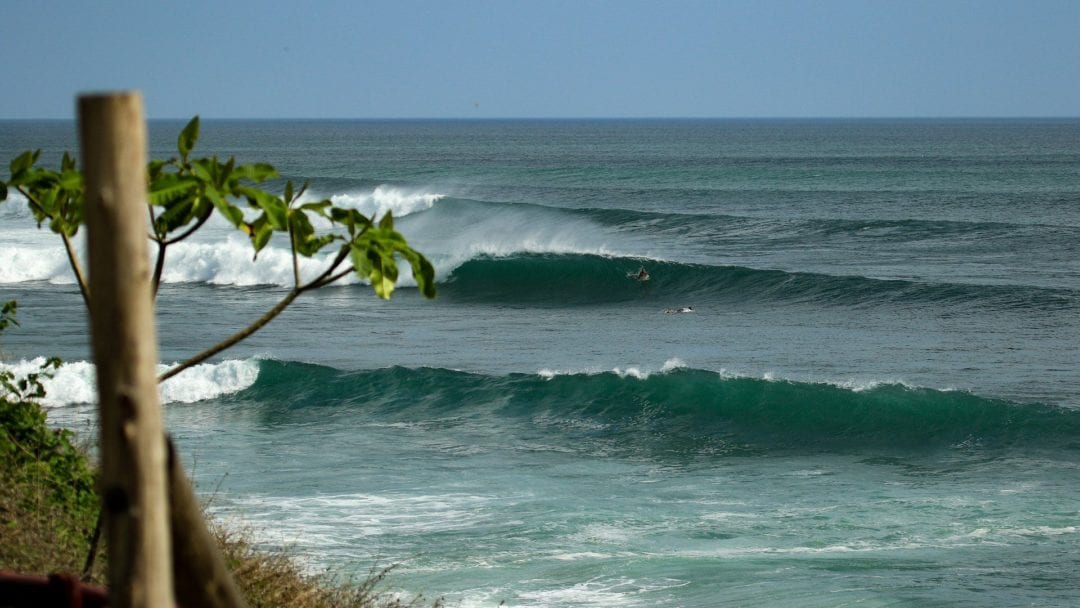 A point break that handles large surf and breaks on all tides and swells. An offshore reef that’s arguably Nicaragua’s best slab. 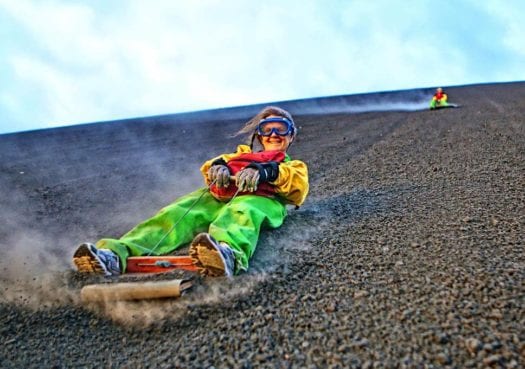 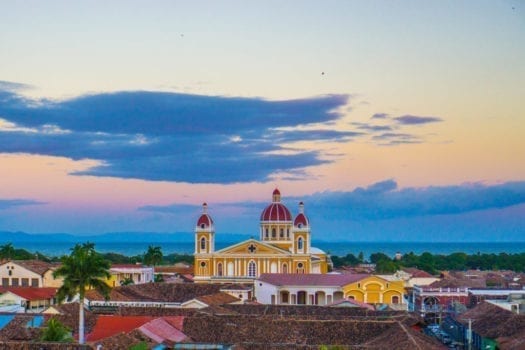 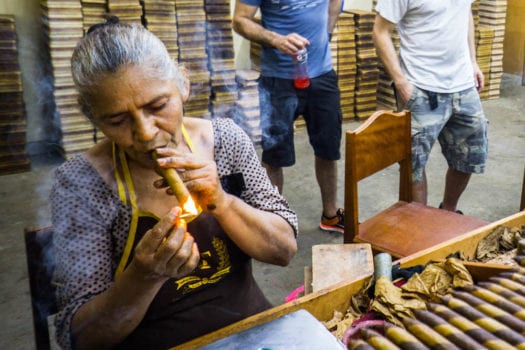 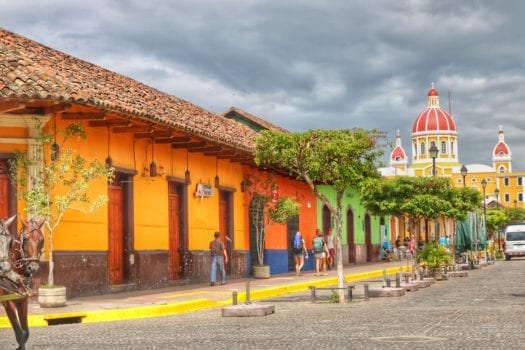 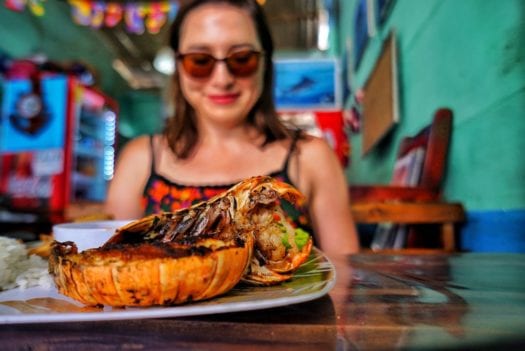 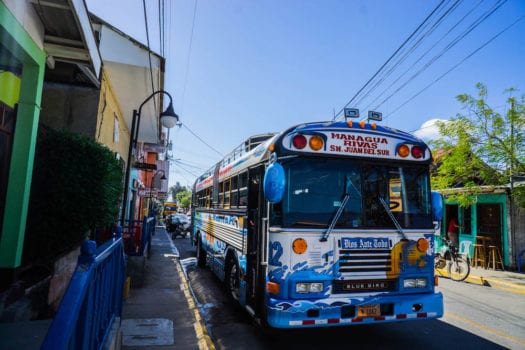 Consider surfing San Juan del Sur, or "volcano boarding" down the sandy slopes of Cerro Negro, an active volcano. If you enjoy city life, skip Managua and head straight to Granada and Leon. These two cities offer beautiful architecture - with some buildings and ruins dating back to the 16th century. Finally, for a beautiful and often muddy hike, visit Miraflores. Exploring this national park with a mandatory guide is an incredible experience. While trekking through the jungle and enjoy its many rivers, farms, and waterfalls, you will rarely meet another tourist. If the purpose of your trip is to "get away from it all" visiting Miraflores is a must.

With a population of six million people, Nicaragua is the largest and least densely populated country in Central America. Bordering both the Caribbean Sea and Pacific Ocean, it is located between Honduras and Costa Rica. It is also known as the land of many volcanoes and lakes. Nicaragua is home to the buzzing city of Leon, the more remote Corn Islands, and the largest freshwater body in South America, Lago de Nicaragua. It also boasts wonderfully preserved colonial cities and vast areas of lush rainforests, making it one of the most underrated and untouched travel destinations in the world. Nicaragua has been fully independent since 1838, but continued to endure unrest, dictatorship, and more recently, a decade-long civil war that ended peacefully in 1990. Today Nicaragua remains welcoming and tranquil, with a growing ecotourism industry and increasing number of visitors every year. The lively and blissful culture of the “Nicas,” mixed with their laidback Caribbean-like pace, make this country a haven of hospitality for all kinds of travellers.

Beachfront hideaway located on one of Nicaragua’s finest beaches, Playa Santana - a place that's as close to paradise as you can imagine

Located in a sleepy fishing village to the North, this surf hot spot is blessed with offshore winds, rich with points and beach breaks

Located in a sleepy fishing village to the North, this surf hot spot is blessed with offsh