Guadeloupe is a French territory located in the Caribbean Leeward Islands, in the Lesser Antilles. Together with Barbados, Guadeloupe is one of the East Caribbean’s most consistent surf destinations with regular tradewinds swell and north swell produced by cold fronts moving off the US East Coast in winter. Like Barbados the waves are often windy and rarely get bigger than eight feet. French-governed Guadeloupe consists of two main islands, Grande Terre and Basse Terre, joined in the middle, which viewed from above, reveals a butterfly shape. Guadeloupe feels very French, although it has its own unique “Creole” style. Locals are generally proud to be both French and Guadeloupian. Grand Terre has the majority of the surf spots while Basse Terre only gets surf from S and W hurricane swells. There are also exposed islands of Marie Galante andLa Désirade offshore, which have good potential for explorers.

French and Creole mix in the heart of the Caribbean

Warm, clean and tropical water and mix of reefs and points

Wind affected, but sheltered spots all over the islands

Wide variety of activities from hiking up the Soufriere Volcano to scuba diving.

Grande Terre benefits from a deeper offshore valley pointing towards the Atlantic NE swell source and is the most consistent of the big islands. For Basse Terre a big northerly or west hurricane swell is needed to hit the prime spots. 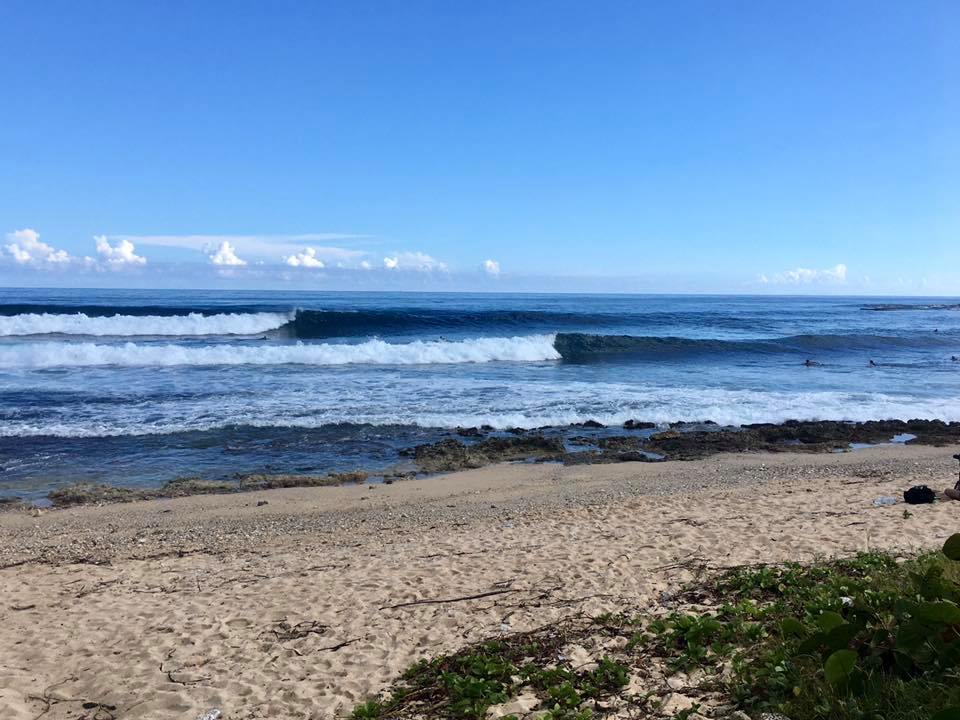 The most popular wave on the island. If you’re looking for consistency, then it’s your spot! Usually works better with N – NE swell and south wind. 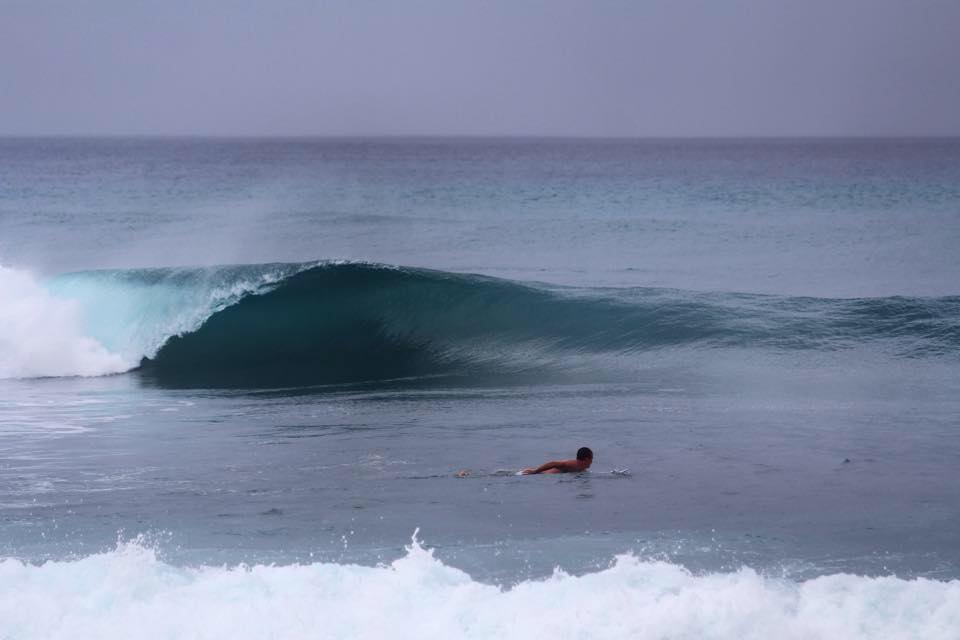 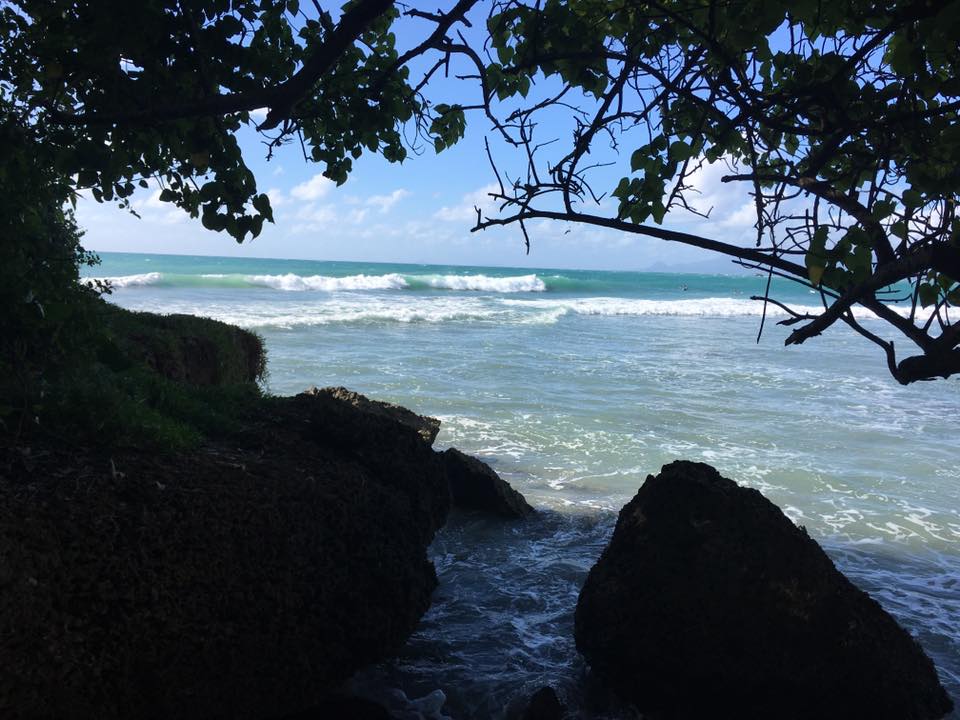 Quality left that attracts plenty of surfers looking for ledgy barrels and some NE-E wind protection. 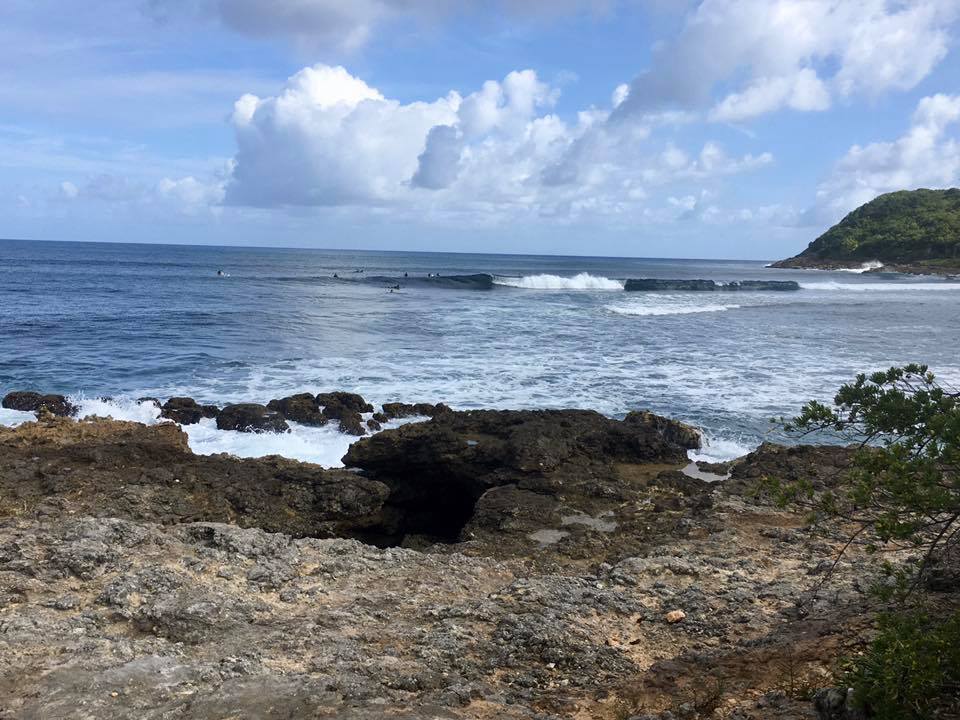 The best wave on the island that is a peak with long, playful, tapering right walls. Getting in the water can be tricky. 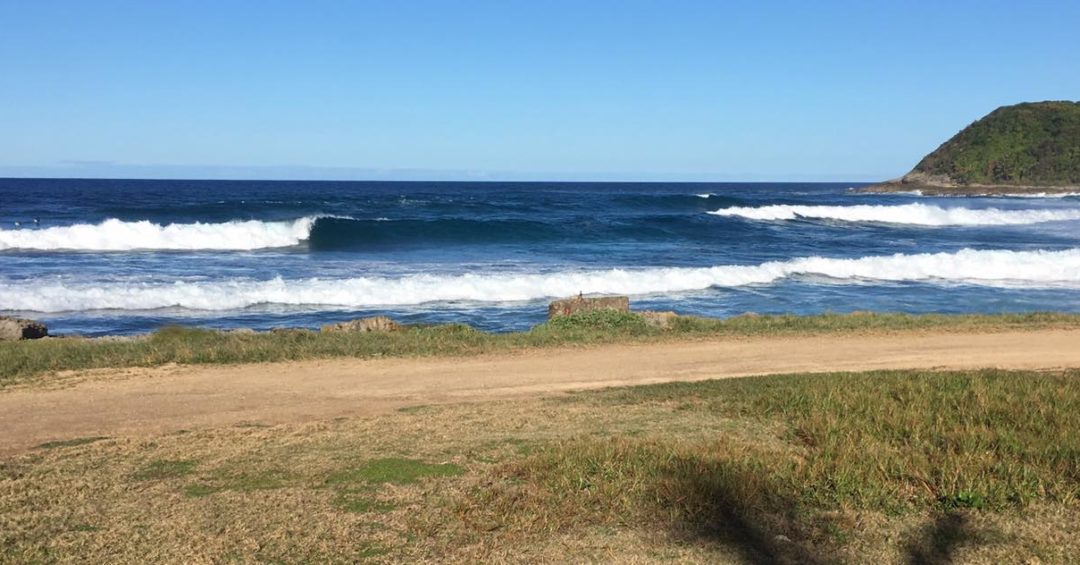 One of the best wave on the island. Very consistent and working the most in winter, this wave produces long and steep left eding on the reef. Getting in the water can be tricky. 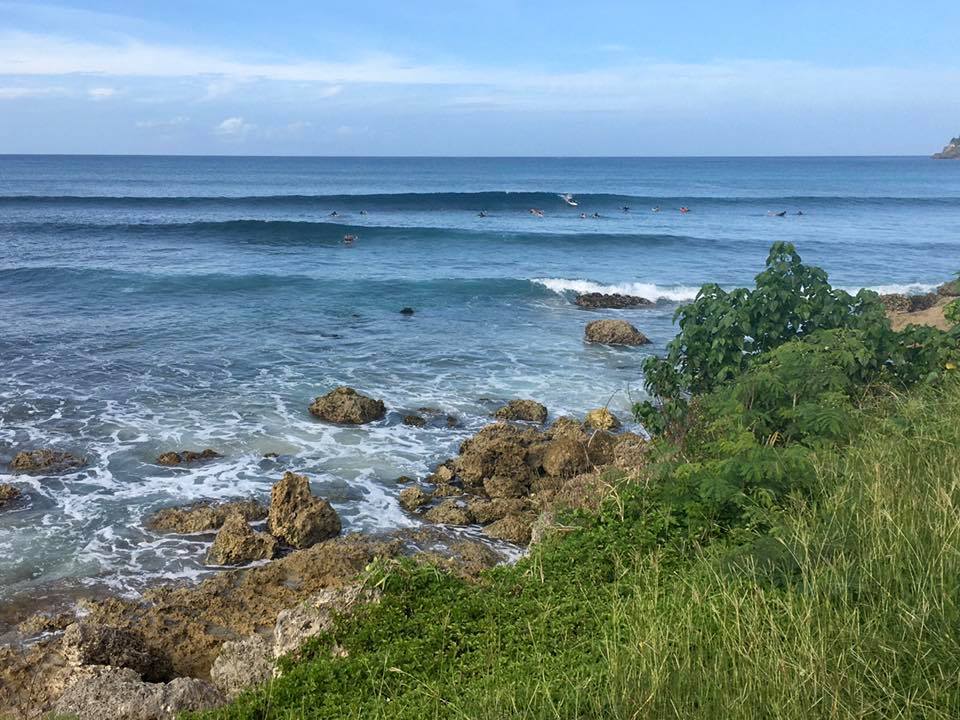 Works on N – NE swells ad provide you a choice of two waves. Le Plombier which is a very tubular and shallow wave and the Right/Left right in front of the cliff. 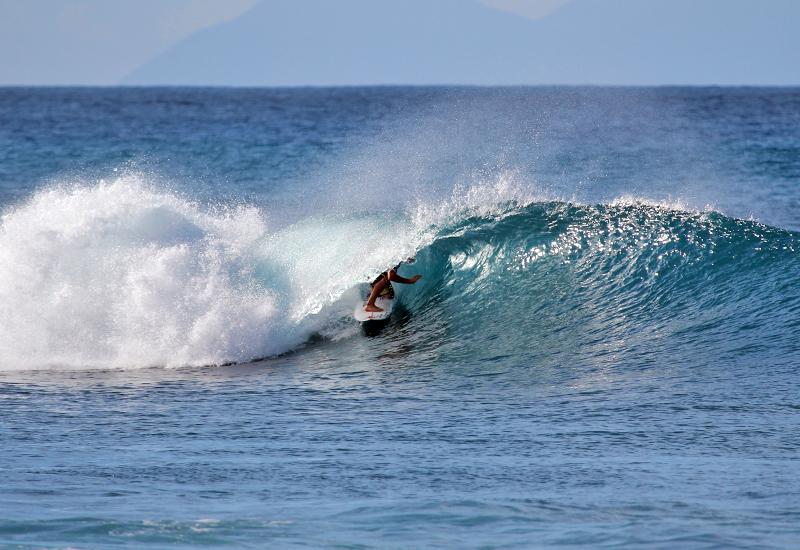 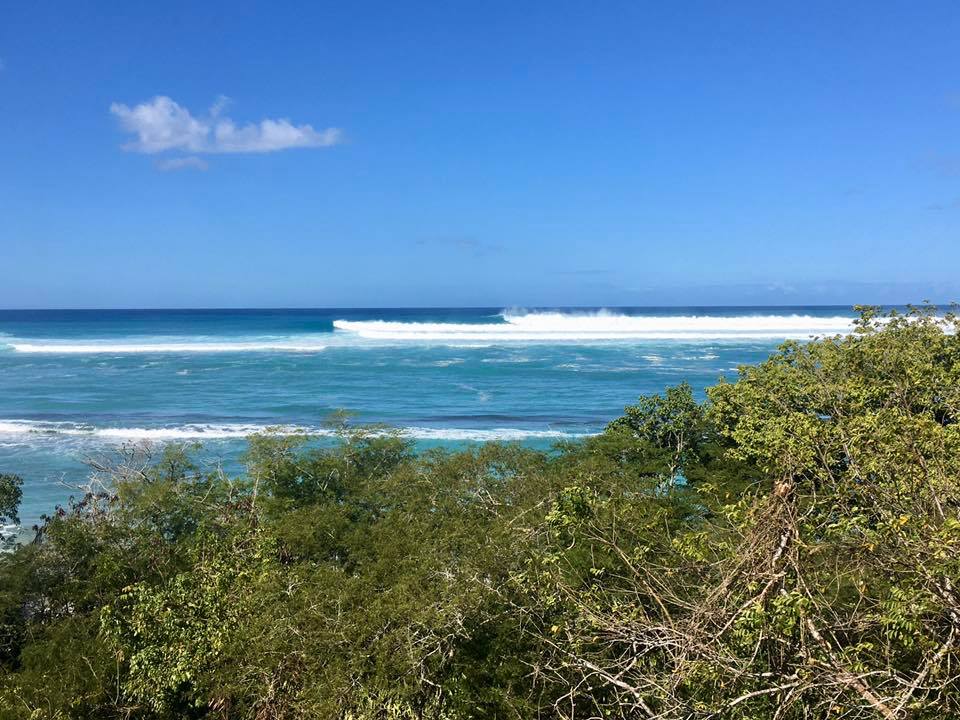 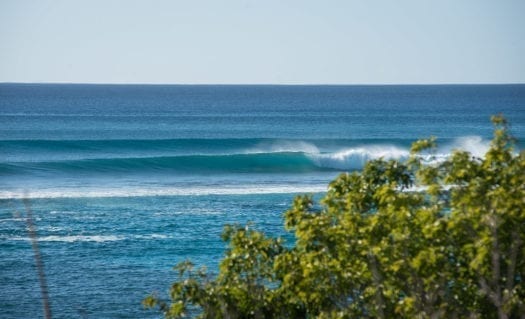 The autumn, winter and springtime bring powerful waves giving the islands their nickname of “The Hawaii of Europe”. Also the predominant NE wind is offshore at the best breaks. The summertime means smaller, less consistent waves, stronger winds and very warm weather. You can wear a shortie wetsuit for most of the year with the water temperature bottoming out around 18° in winter. 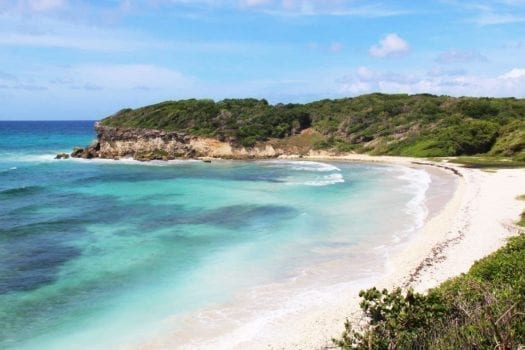 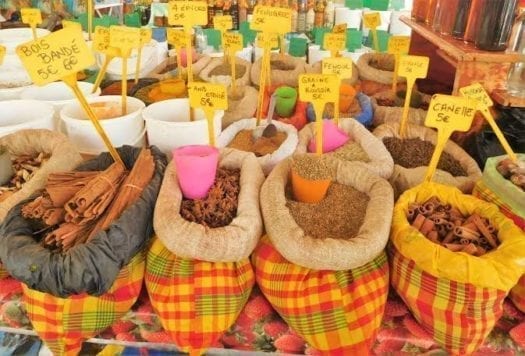 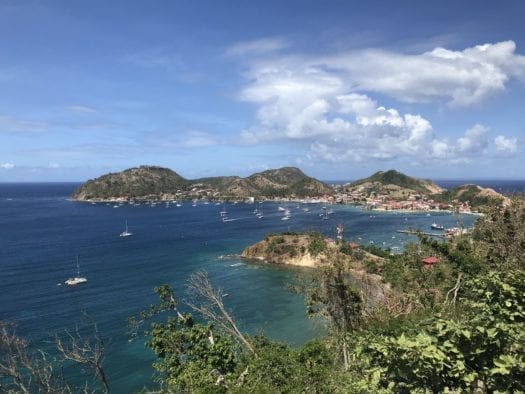 The Guadeloupe Islands offer a very wide selection of activities. You could be hiking up the Soufriere Volcano, diving, island hopping or sun baking on beautiful beaches. Add the great mix of French and Creole culture and food and this is a unique slice of Caribbean paradise.

There are direct flights from many US cities including Miami and New York to the Pointe-a-Pitre airport (PTP) on Guadeloupe.

Located on one of the finest beaches in the heart of the Caribbean, the all-inclusive resort Club Med La Caravelle is the perfect place.

The resort is located on one of the finest beaches in the heart of the Caribbean.

Sunset Surf Camp is in the middle of tropical gardens and close to the surf spots.

Sunset Surf Camp is in the middle of tropical gardens and close to the surf spots.

From rocky point breaks to world class beach breaks to big wave reefs, France has enough waves and swell to keep everyone entertained.

Rocky points to world class beach breaks and big waves, France has a plethora of surfing