The 320 kilometres coastline of El Salvador is dominated by a selection of right-hand cobble stone points. With water temperatures range between 25°-29°C and 20 years of post-civil war years under its belt, El Salvador it is flourishing as a surf destination. However the exploration phase is still relatively new and there is plenty of virgin coastline left to explore in the search for waves.

Known for its righthand points and user-friendly waves

It is home to two world-class waves: Punta Roca and Punta Mango.

La Libertad is the most popular area and offers numerous quality breaks.

There are two separate surf areas on El Salvador’s Pacific coast. The La Libertad is the most popular area and offers numerous quality breaks. The second area, the ‘Wild East’, also has some world-class breaks and is slowly growing in popularity as the quality of accommodations improves. 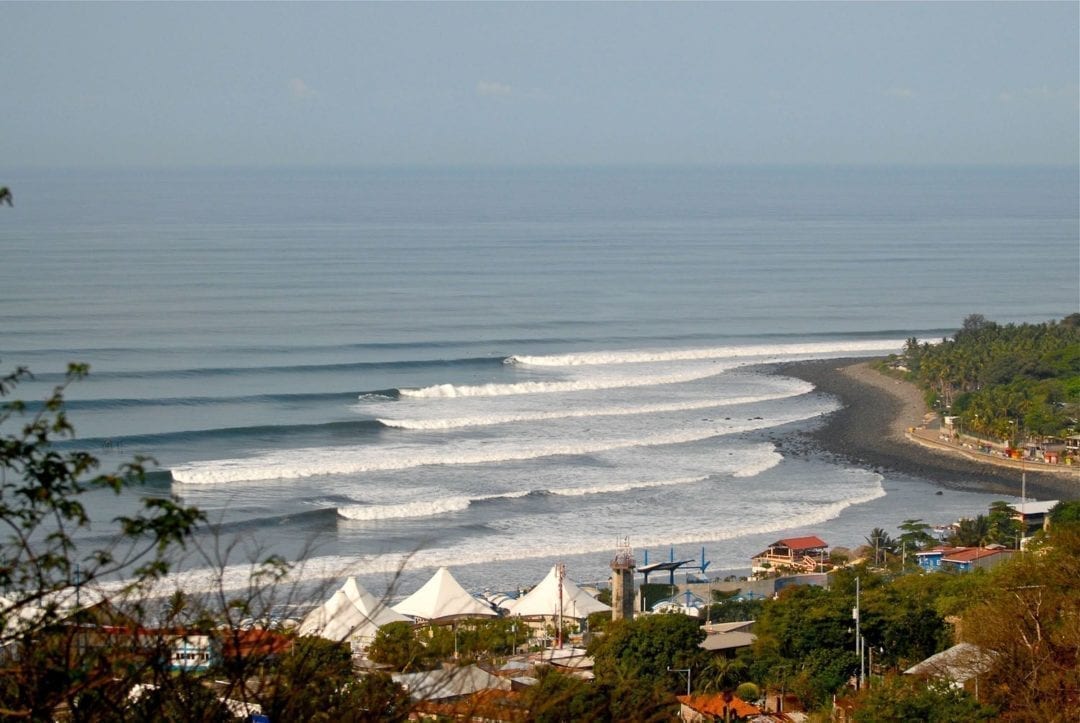 This is the best wave in El Salvador. It is a word-class right that is hollow and can run for about 400m. The inside section, called La Paz, is separated from the big wave break and is ideal for beginners. 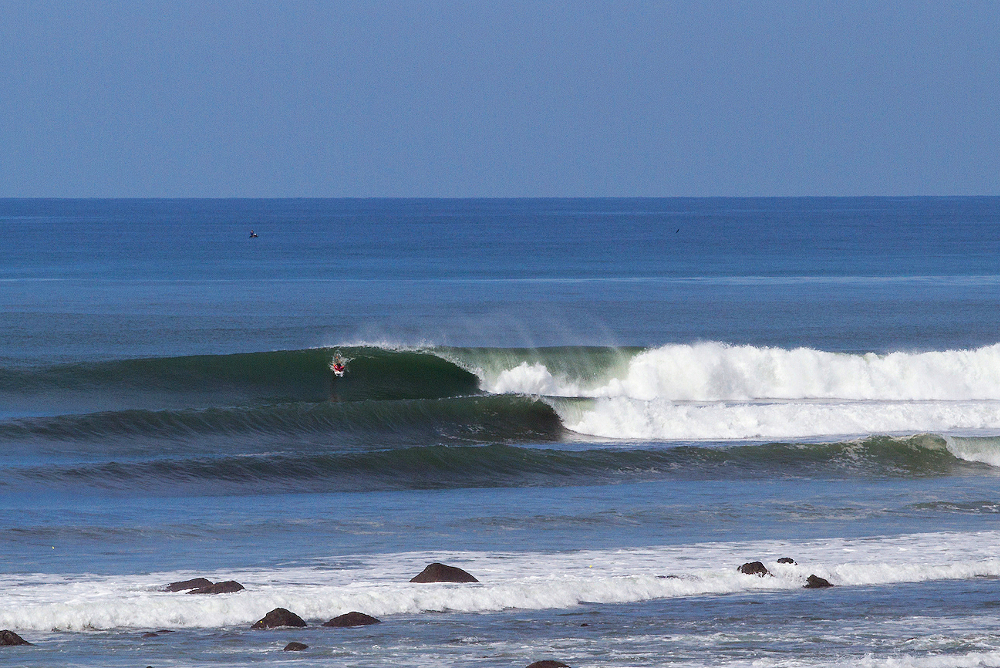 Ranging in size from chest high to a few feet overhead, this right break is very consistent 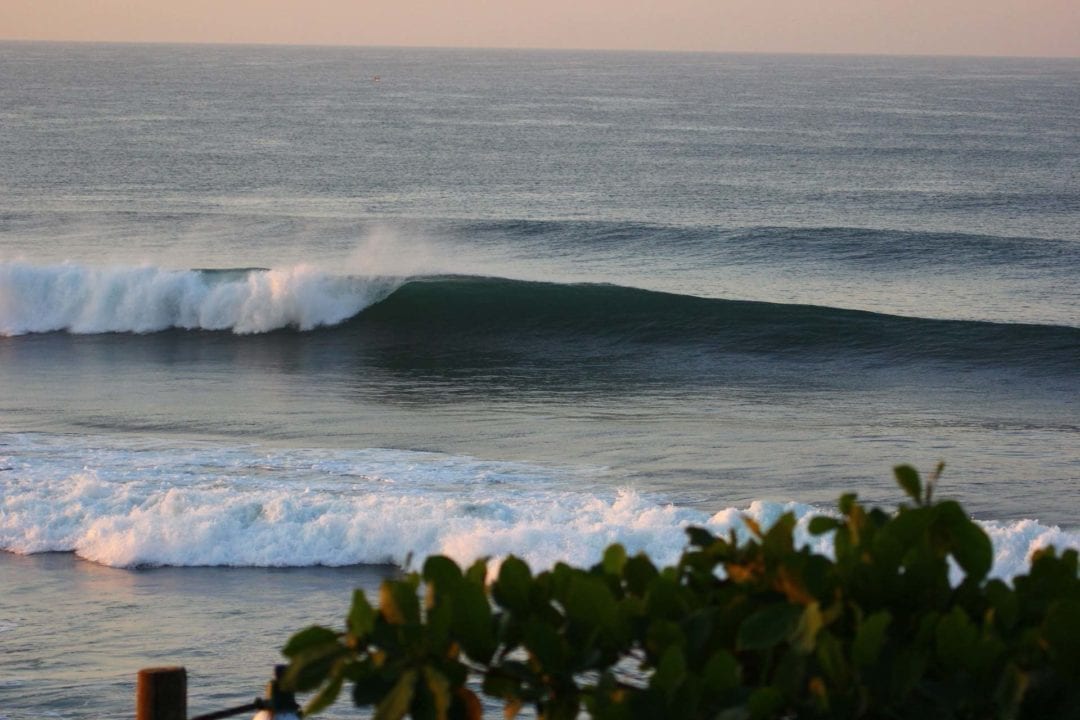 This is the best left break in El Salvador. It’s a long and powerful rivermouth break 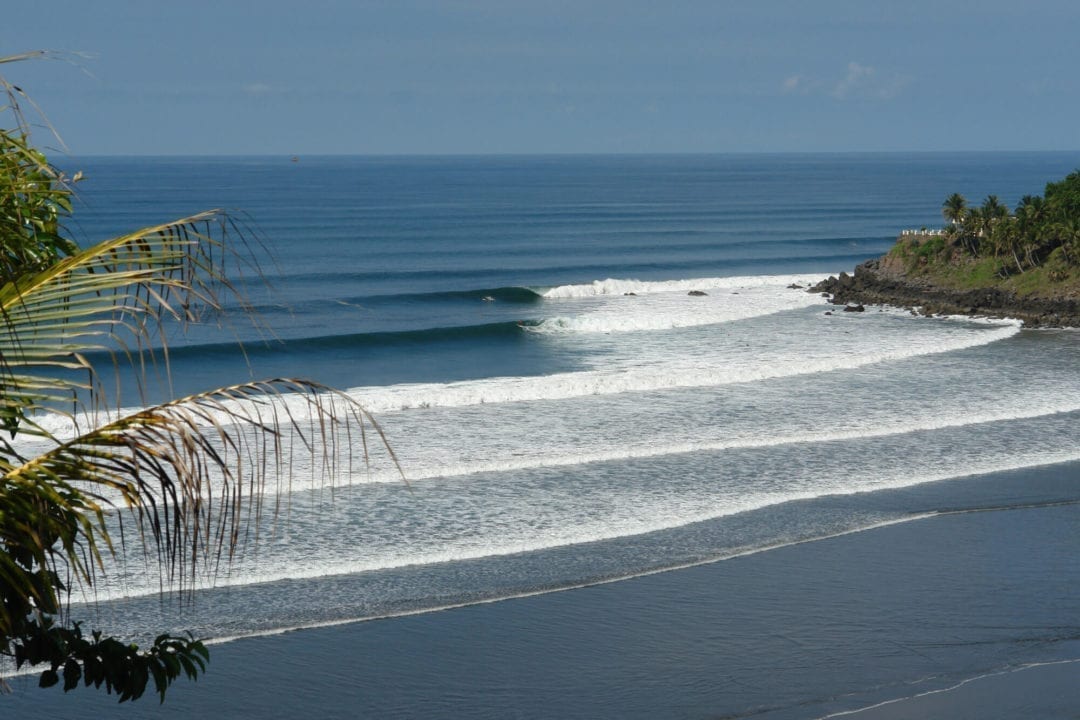 Powerful, fast, and hollow, can also get quite big. 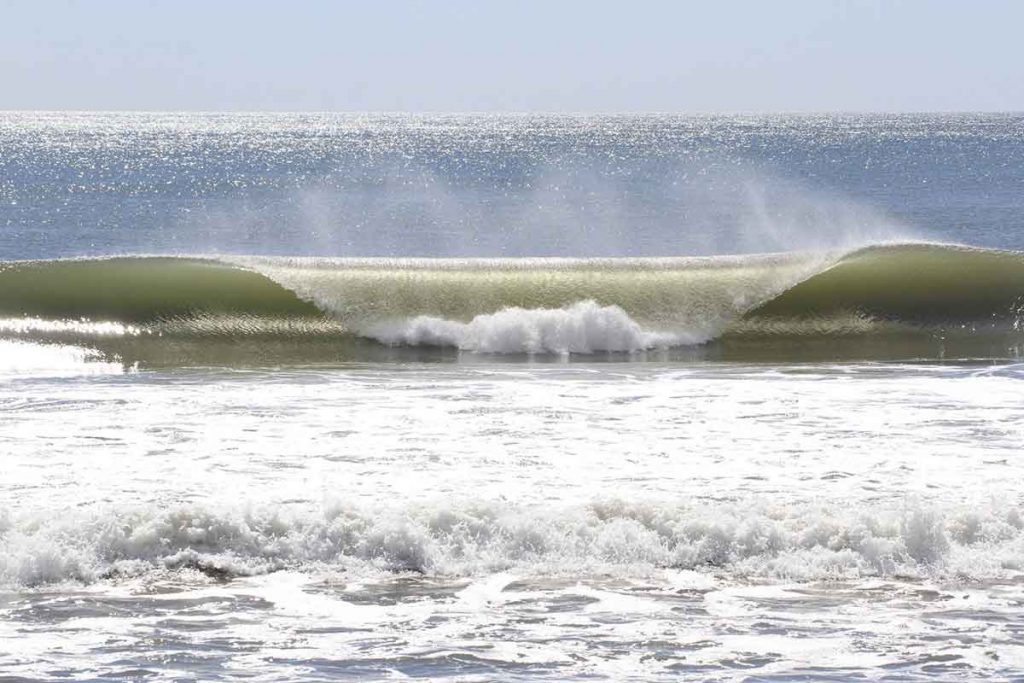 During the peak season the waves are fast and hollow, but a great place to check out in the off season as it holds rideable waves even when other breaks are flat. 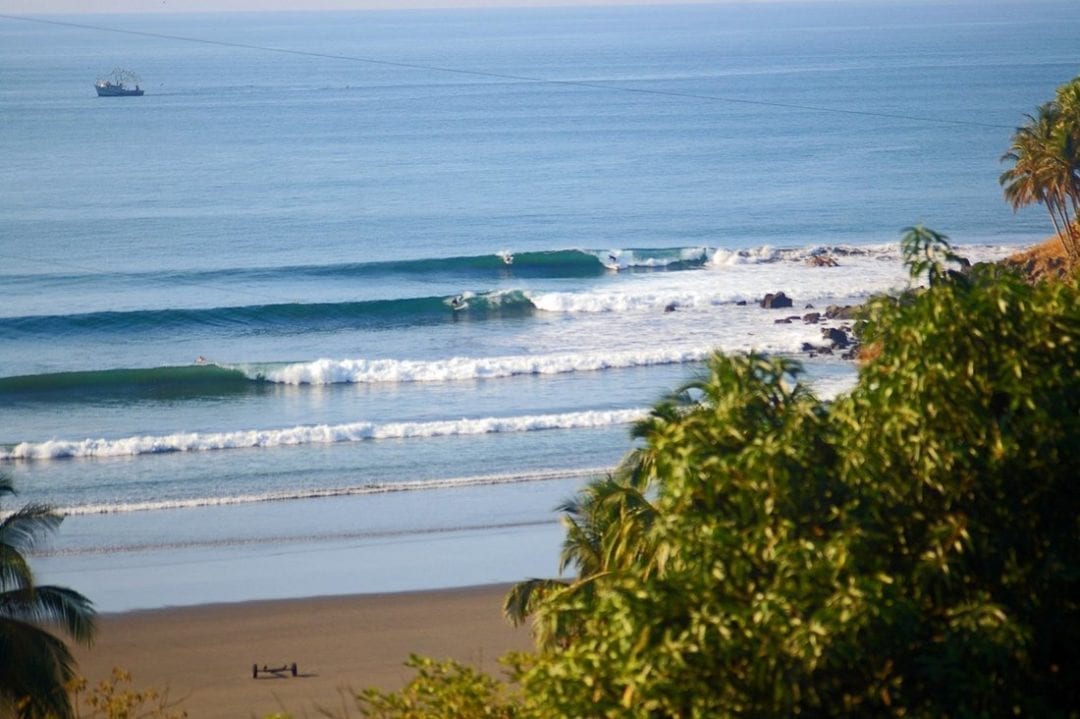 A quality right point break featuring a hollow outside section and long rides. 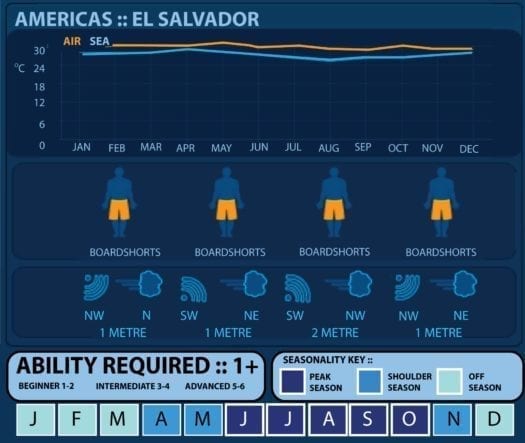 The wet season from May through to October sees the largest and most consistent swell, averaging head high but regularly peaking to 8’-12’.  November through mid-April brings the dry season with clear sunny days, consistent waist-high swell and prevailing offshore breezes. 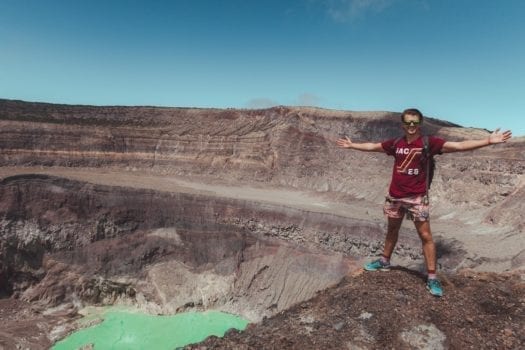 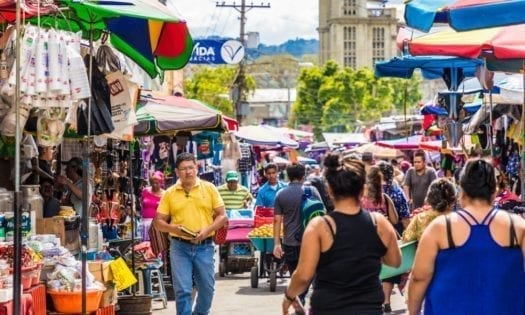 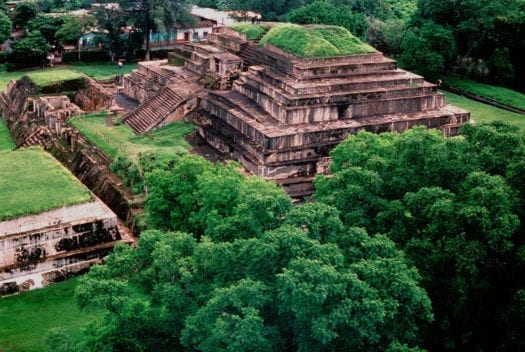 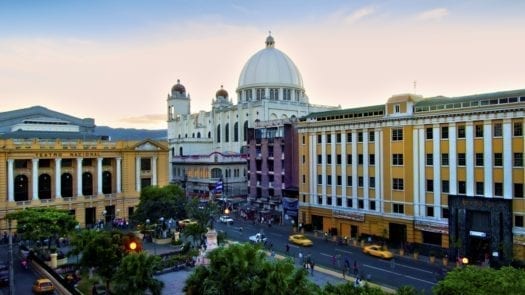 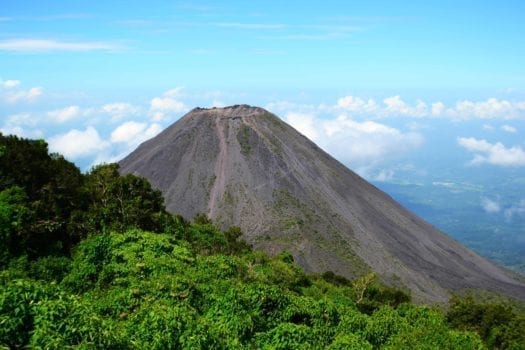 Nestled under Guatemala, sandwiched by Honduras and the Pacific Ocean, El Salvador might just be Central America's best-kept secret. Whether you’re heading out for some open water fishing or checking out the Mayan ruins, to taking a little trip through El Salvador’s bustling cities, don’t forget the many volcanoes to climb.

El Salvador is the smallest and most densely populated country in Central America and is the former site of the ancient Pipil civilisation. In the 1980s, El Salvador was ravaged by a bitter civil war that left around 70,000 people dead, until United Nations-brokered peace agreement ended the civil war in 1992. However despite lasting peace violent “mara” street gangs have left El Salvador with one of the world’s highest murder rate. The land is dominated by the central highlands, consisting largely of a west-east line of volcanoes, of which many are still active. Among the many species of trees the balsa is common, adding its soft perfume to the tropical forests.

Perched on a cliff above world-class waves, PuroSurf Hotel is all about living the dream. As a guest you will be amazed with the facilities.

Perched on a cliff above world-class waves, PuroSurf Hotel is all about living the dream.