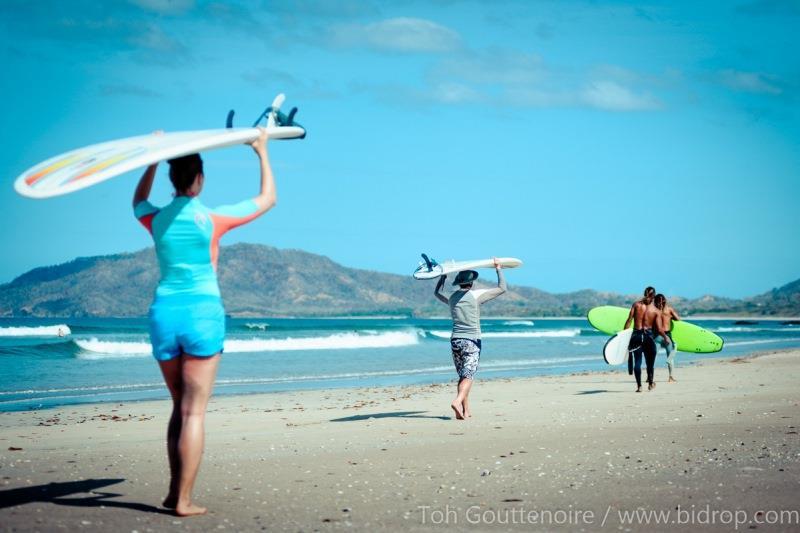 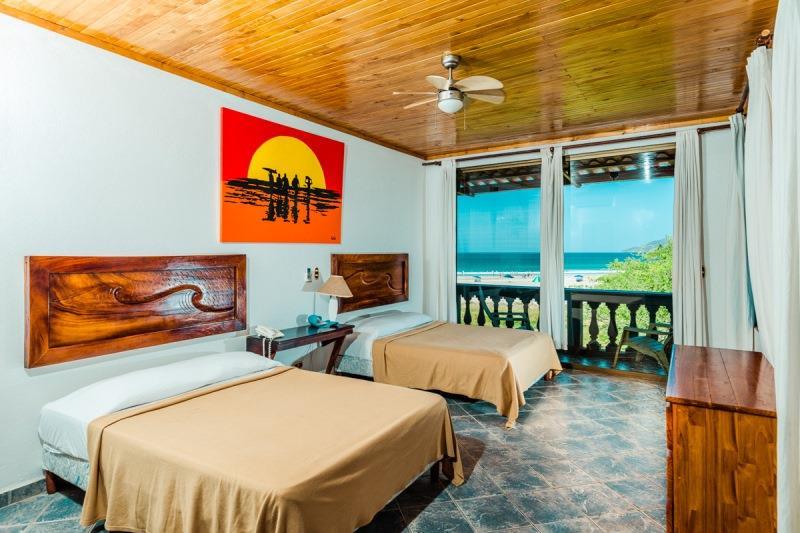 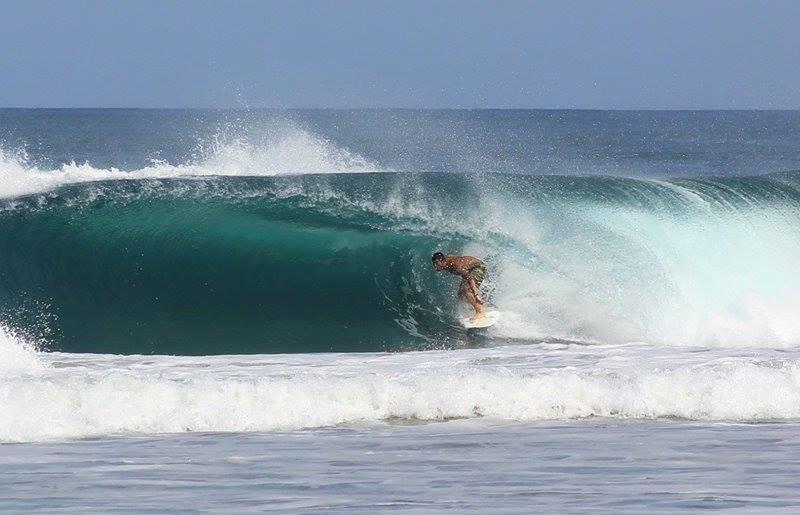 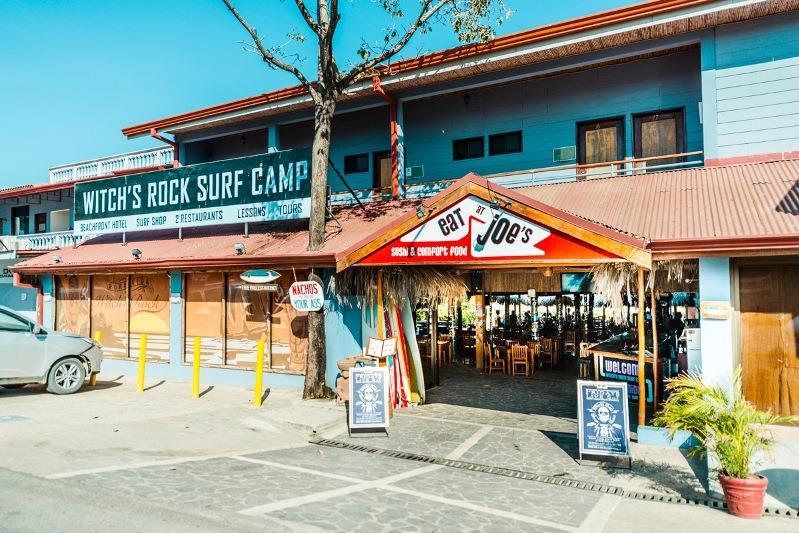 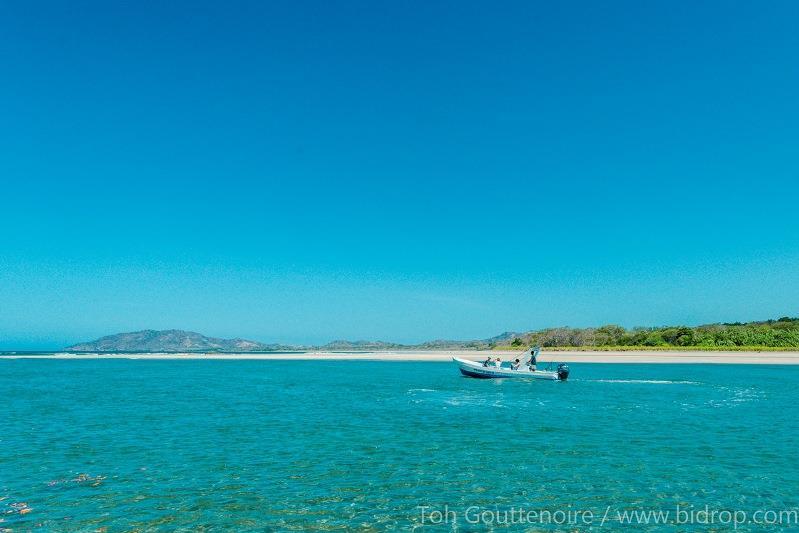 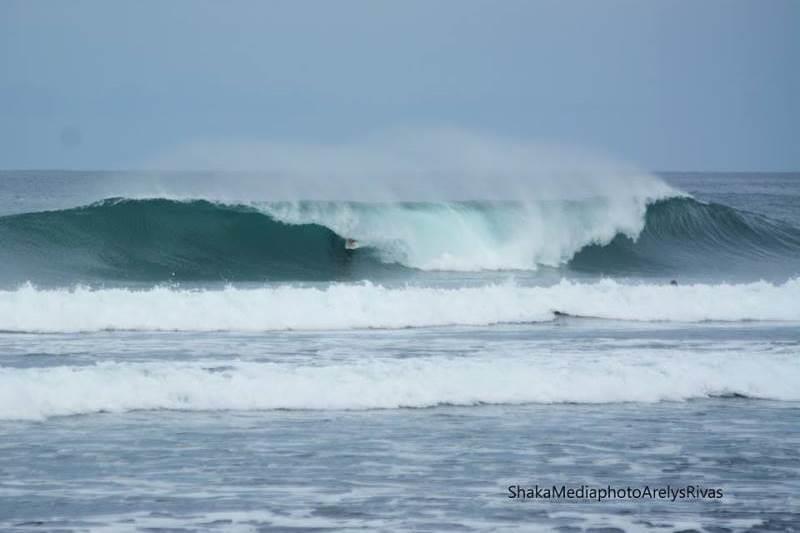 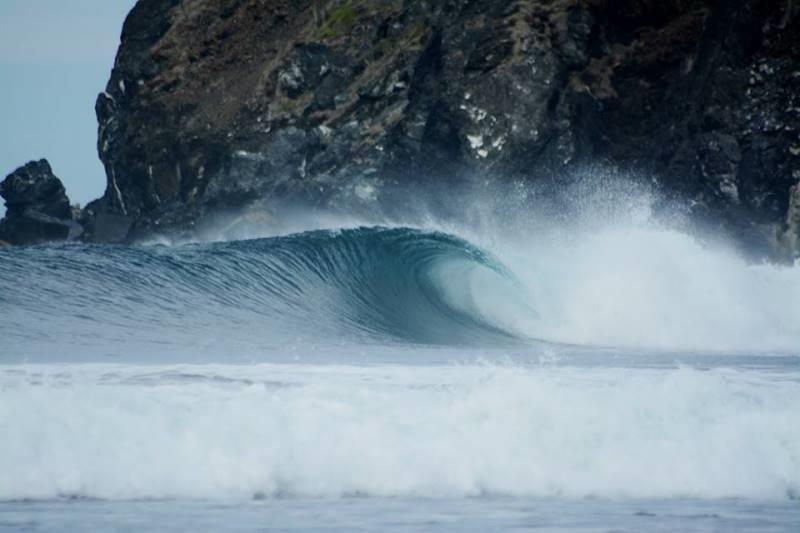 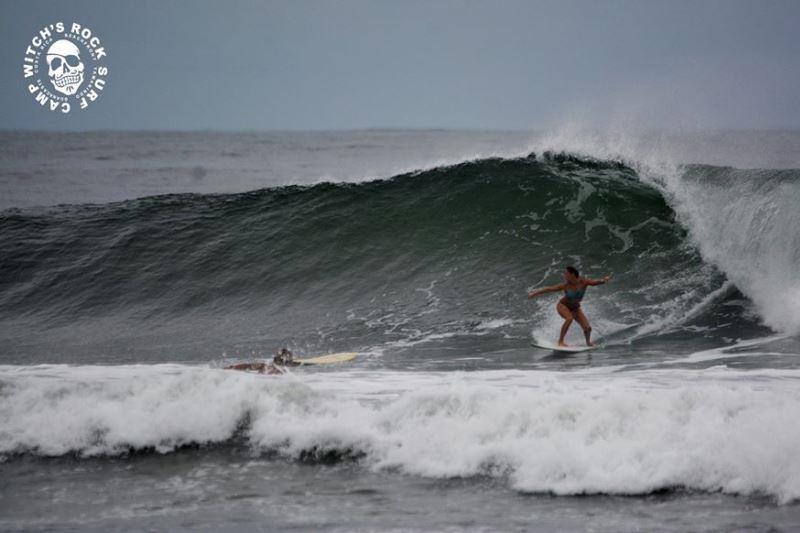 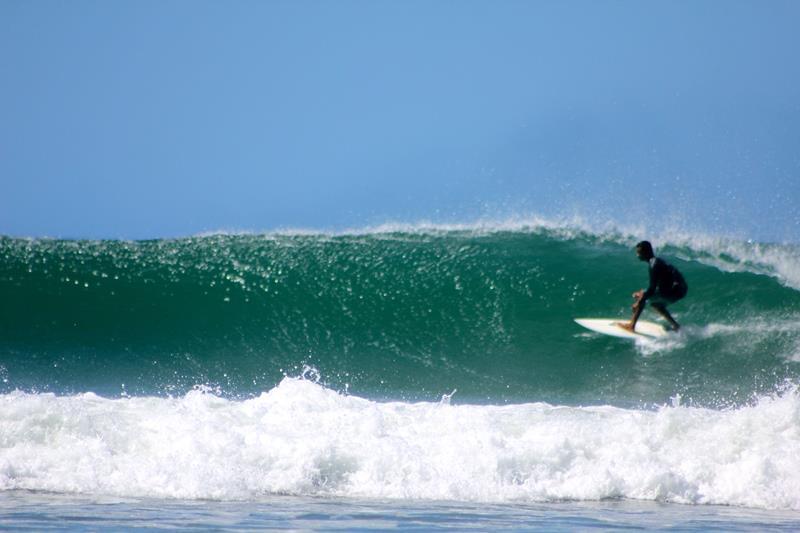 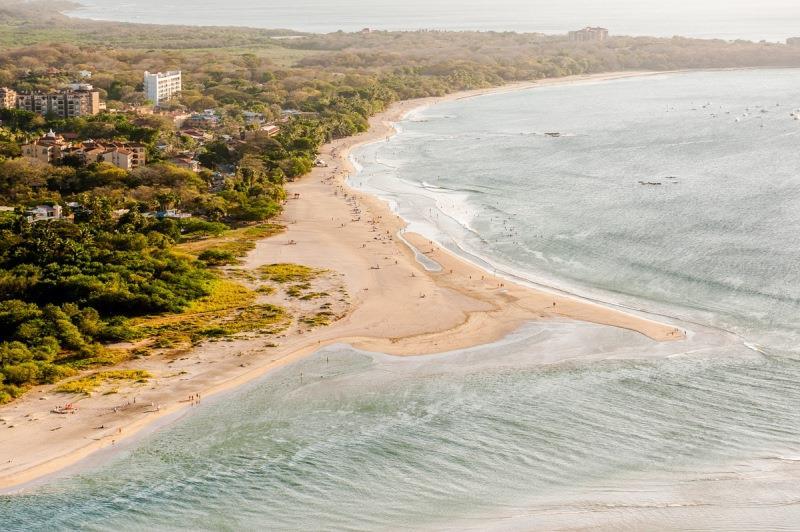 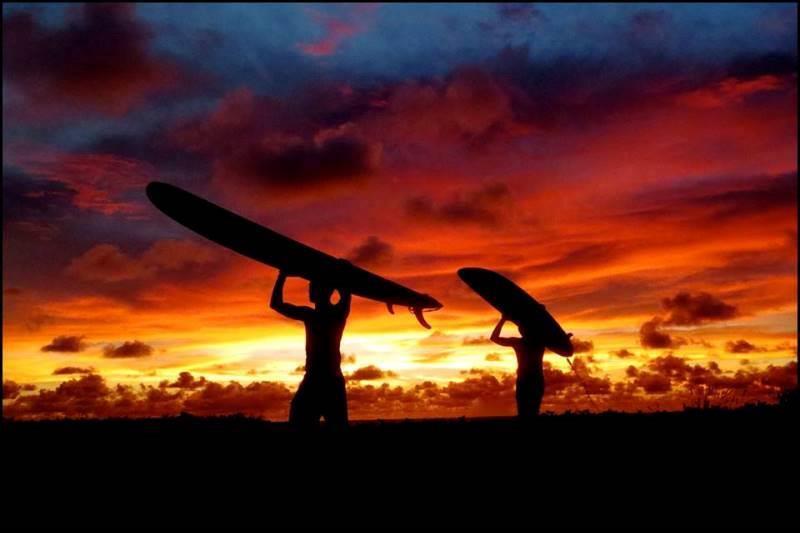 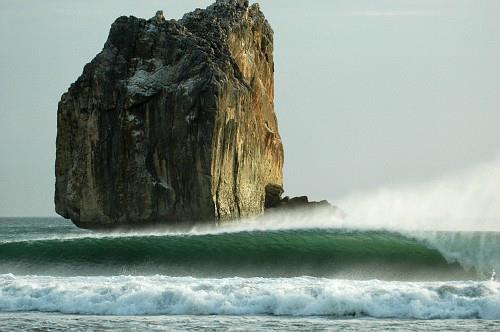 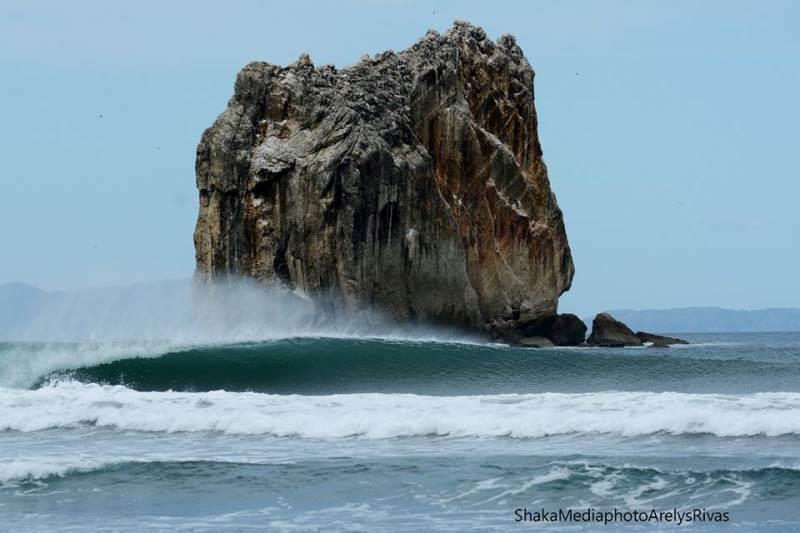 Witch’s Rock Surf Camp sits directly in front of the best waves on Tamarindo Beach, surrounded by the beautiful Costa Rican jungle and the warm waters of the pristine estuary.

Its sleek, surf-style accommodations is complimented by a restaurant, surf shop and two beachfront restaurants owned by the same family.

Today it has become a popular and trusted choice for surfers of all abilities and from all over the world.

Many are drawn to the combination of Tamarindo’s pristine stretch of sand, its happening night-scene, and the allure of finding a unique and tailor-made surf escape in the stunning tropics.

You can choose from a range of options to suit your abilities, whether that’s standing up on a board for the first time, surfing with a group of women, intermediate surf training camps, or simply having a guide take you to some of the heavier and harder-to-reach waves.

Whether you are a first time surfer who needs help with basic surfing concepts, or you just want to surf the best waves that Costa Rica has to offer, they’ll find the right spot for you.

In the early 90s Robert August and his iconic surf film Endless Summer II put Costa Rica and its world-class waves on the map.

Surfers instantly fell in love with the tropical paradise, and spots like the now famed Witch’s Rock, Ollie’s Point and Tamarindo, were brought to life on the big screen.

Today, those same waves continue to provide surfers from all over the world with some of the best experiences of their lives.

And at the forefront of the adventure has been the Witch’s Rock Surf Camp, a family-run establishment which first started as a simple shack on the beach back in 2001.

Today, the camp is like a second home to August, and provides surfers with a beautiful oceanfront oasis to base their surf escape from.

Tamarindo is a stunning, long white-sand beach on the northwestern coast and the camp itself is nestled right in the corner of a beautiful estuary.

Depending on the behaviour of the wind and tides, you can have any number of distinct waves forming along its shores.

From your oceanfront abode, you’re also within easy reach of a variety of surf breaks and not to mention some of the most diverse topography in the world.

This means there’s plenty to see and do for the whole family, even those not so interested in chasing the waves.

Meanwhile, the town’s culture, cuisine and nightlife is almost just as diverse as its surroundings.

There’s an abundance of choice when it comes to finding a spot for dinner or a dance. But rest assured Costa Rica’s authentic local foods, handicrafts and salsa dancing scene is still retained in amongst the western influence.

Almost everything is within strolling distance of the hotel, so no cars necessary, and the surf camp will take care of organising transport to and from surfing destinations, or other day trips.

At the end of the day, the Witch’s Rock Surf Camp aims to take care of everything, so that you can enjoy your time in this tropical paradise without the hassle that comes with organising a surf trip in a foreign country.

The Surf Hotel has 18 different rooms to choose from, most with unobstructed views of the ocean. While those with partial ocean views take in some of the surrounding greenery and a beautiful plunge pool.

Couples and solo travelers have the option of choosing a single room, or a shared same-sex room to find a better deal, while double rooms are also available for those liking a little more space.

To spoil yourself to the best sunset and sunrise views in Tamarindo, you can check into one of the two penthouse suits, complete with lofts, kitchenettes and the privacy of private rooftop decks.

Offshore winds, warm water and an array of uncrowded waves ready to be surfed. Welcome to Northwest Costa Rica, a surfers playground offering some of the most inviting waves and surfing conditions on the planet. Whether you’re a family of mixed levels, an advanced surfer or a solo beginner, you’re bound to find the right waves to suit your ability.

Travel comfortably with Witch’s Rock’s new air-conditioned Toyota vans or custom-built surf boats, or simply take a few steps and surf the waves breaking directly in front of your room.

You can rest-assured there’s a number of waves to choose from depending on the conditions and your ability.

It’s only accessible by boat and takes about two hours to reach from Tamarindo. On it’s day you can expect 300 metre rides with barreling sections along the way.

There’s also Witch’s Rock, the camp’s name sake and another spot made popular through Robert August’s film. Again, this world-class wave will deliver the goods on its day, but like Ollie’s point can attract crowds when it’s firing.

Then there’s an array of other waves for more intermediate to advanced surfers. Places like Playa Grande within 25 minutes by car, or 5 minutes by boat.

Playa Tamarindo sits directly in front of the resort, and can deliver a variety of waves suited to all skill levels similar to Playa Avellanas, its left-handed sister and A-Frame peak a short drive away.

Not to mention places like Playa Marbella, Playa Guiones and Play Ostional which give you plenty of options depending on the wind and swell size and direction.

You can choose between a Learn to Surf, Intermediate, Advanced Surf Tours and All Women Surf Retreat packages all of which include:

You can join yoga classes, meditation sessions and gym work outs at various locations in town within walking distance of the camp.

There’s an on-site brewery for your tasting pleasure, serving Witch’s Rock pale ale and Gato Malo nut brown ale. The guys offer growlers so you can enjoy their beer at home or will even set you up with your own personal simple draft system.

I had the most wonderful time staying at Witch's Rock and one of the most life altering experiences learning how to surf there. My room was great: small but big on charm and always clean. The staff was great. Always helpful and polite and very friendly. The surf instructors are really great. I felt completely safe and was able to focus on my surfing. They are very knowledgeable of the water and understand their students and know when to push you to try a little harder. I stood up and rode waves my first day. Love those dudes.”

“Beautiful scenery, great people, great food, great waves. They have perfected the surf trip. The instructors will have you in the perfect spot in the lineup to drop in on the waves of your dreams. Flash is like a wizard the way he finds waves. If you can't have an excellent vacation with this crew, maybe the beach isn't your thing.”

“This was my forth time down and the second time to bring the whole family. I did not start surfing till my mid 40s, having been a life long body surfer / boggie boarder up until then. I don't think I could have found a place where the instruction, surf conditions and pura vida ("Costa Rican expression for Pure Life") attitude is better...”