Remote and uncrowded waves, in fact, most waves have only recently been discovered

The 13 known breaks in the Baa Atoll area are located in 4 different areas, and are only accessible by boat. They all need strong, long range swells with a period over 10 seconds from the SSW, S or SSE to work to their full potential. Although, conditions may vary from break to break, depending on swell size and direction, as well as the strength and direction of the wind these waves work best on mid to high tide.

Raa Atoll is situated directly above Baa Atoll, so is almost completely blocked from direct S swell. Its south-west rim is the most exposed and open to swells from the SSW or SW, while its eastern rim is also open to strong SE swells. As with most breaks in the general area, light variable winds are preferred, along with winds from the NNE, N and NNW depending on the orientation of each break.

As for Lhaviyani Atoll and Noonu Atoll, due to their locations on the east side of the island chain (similar to North Male Atoll) they are more exposed to SSE and SE swells, with the southwest rim of Lhaviyani Atoll also within the reach of strong SW swells. 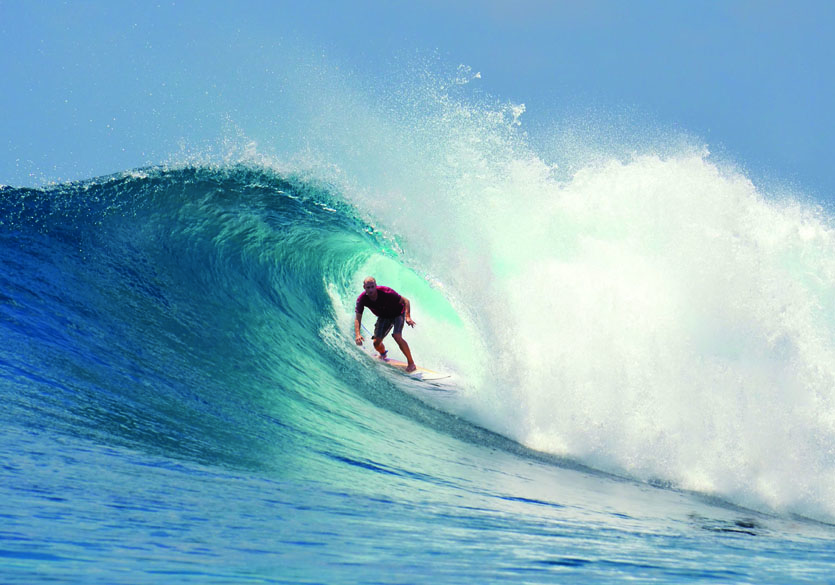 BAA ATOLL
About 3 kilometres to the south of Dharavandhoo, it is the closest wave to the airport. As the name implies it is a right-hander that works best on a SSE swell with W to NE or light variable winds. Probably the heaviest of the few regularly surfed waves in the atoll, it is for intermediate to advanced surfers only.. 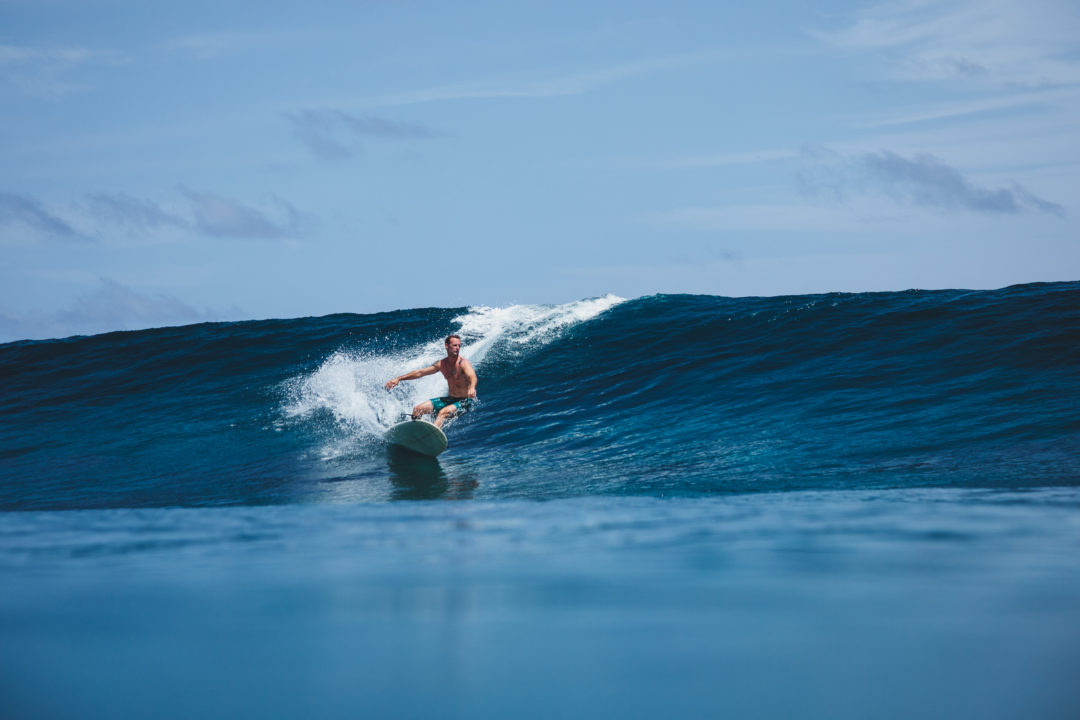 BAA ATOLL
This left is the standout wave in the region, and is considered world class. It is best on a SSE to SE swell and N to NNE wind. 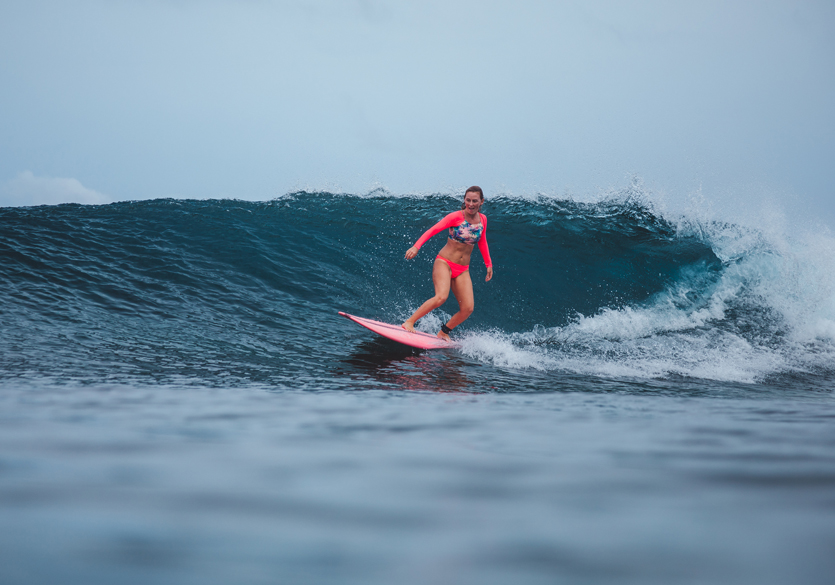 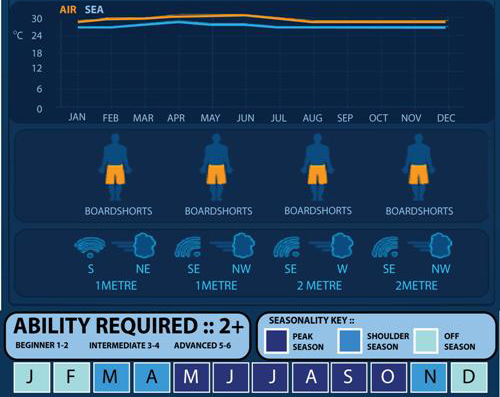 The best time to surf the Northern Atolls is during the South-West Monsoon season, from April to October, with May-August period being the peak wave season. This offers the best chance to score the strong, long period swells from the SSW, S or SSE that the waves need to fire. Amazingly, this also happens to be a low season in terms of Maldives travel calendar. This means that the resort prices are much lower than during the peak November-February period, which caters for dive holidays during this period. The water temperature is very consistent all year at 28 degrees. 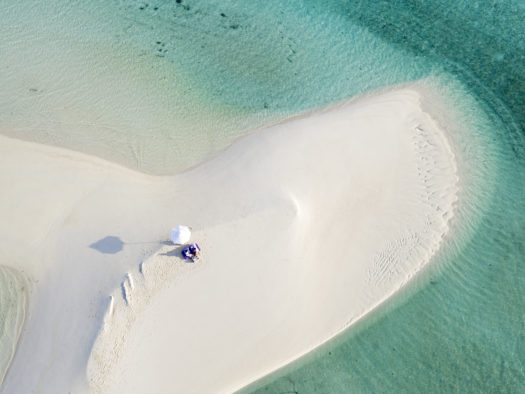 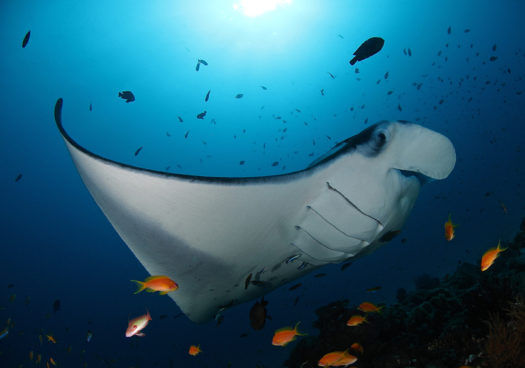 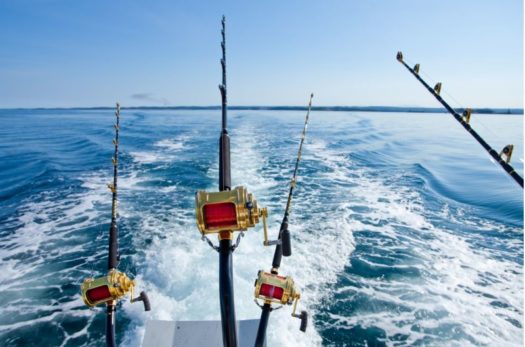 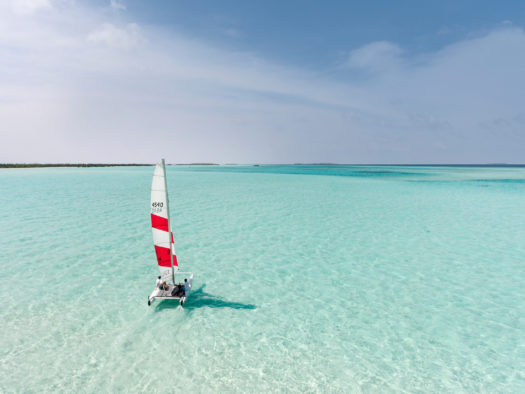 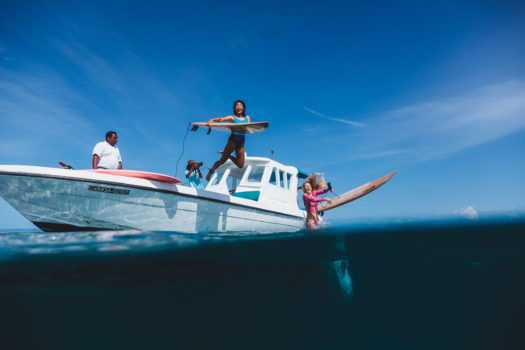 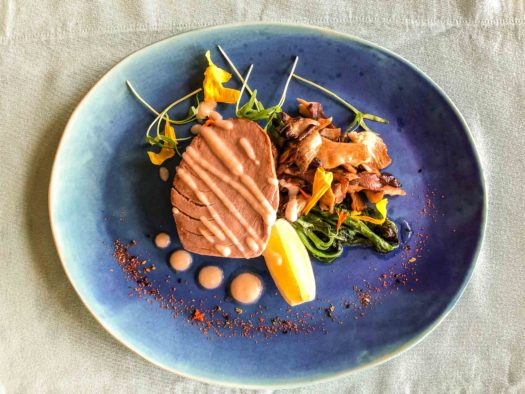 Whether its staying in one of the ultra-luxurious resorts in this area or chartering a dedicated surf seeking charter boat, you’ll have the choice of scuba diving, deep sea fishing, star gazing, private water slides, beach sunrise breakfast and dolphin cruises. All fueled by some of the freshest fish dinners and sashimi anywhere on Earth.

The Maldives is made up of 1192 miniscule islands called atolls spread over 800 km from north to south and straddling the equator. Roughly one hour’s flights southwest of Sri Lanka or four hours from Singapore, most of the atolls are idyllic, sun-drenched, palm-fringed Gilligan’s Island style set ups. Countless pristine, white, sandy beaches are surrounded by shallow, crystal clear lagoons and vibrant live coral reefs perfect for surfing and diving. The Maldives is the smallest Asian country in terms of both population and area as well as the smallest predominantly Muslim nation in the world. With an average ground level of 1.5 metres above sea level, it is the lowest country on the planet. It is also the country with the lowest high point in the world, at 2.3 metres. No need to bring the climbing gear then.

Fly into the capital Male’s Velana International Airport (MLE) from all the major airports including Dubai, Singapore, Bangkok, Kuala Lumpur, Paris, London, Hong Kong and Sydney. From there it is a short domestic flight to Dharavandhoo (DRV), where a boat or resort’s representative will transfer you to your accommodation.

Enjoy a life full of amazing experiences at Soneva Jani, a new stunning and ultra-luxurious surf resort in the northern Maldives.

Nestled in the middle of an UNESCO-protected Biosphere Reserve, Soneva Fushi is an award-winning resort.

Nestled in the middle of an UNESCO-protected Biosphere Reserve, Soneva Fushi is magical.

The Male’ Atolls of the Maldives is a perfect destination for a surf adventure or family holiday. Be it beautiful resorts, waves out front

A large concentration of breaks within a short distance has meant that the best way to surf this region is by boat charter.