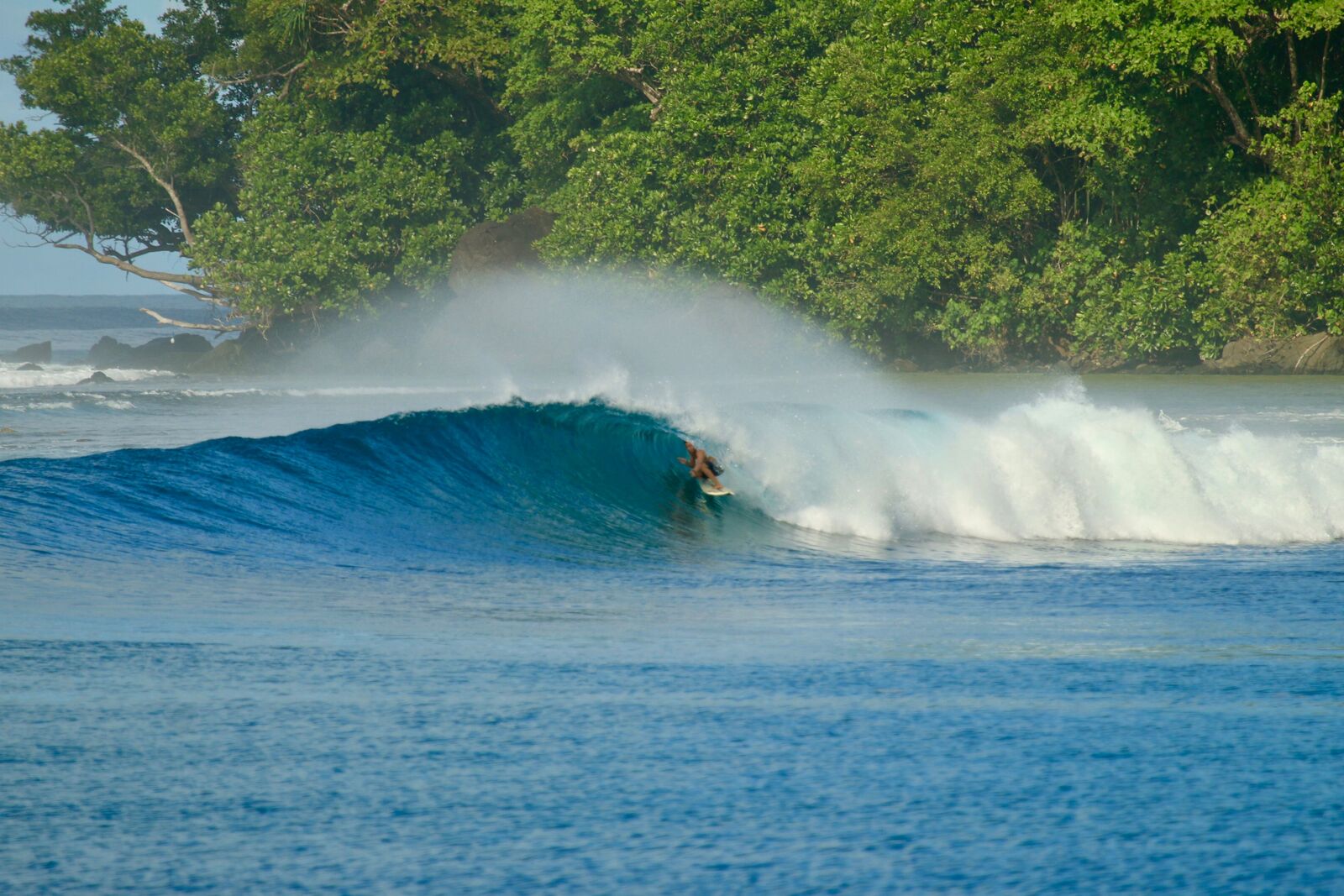 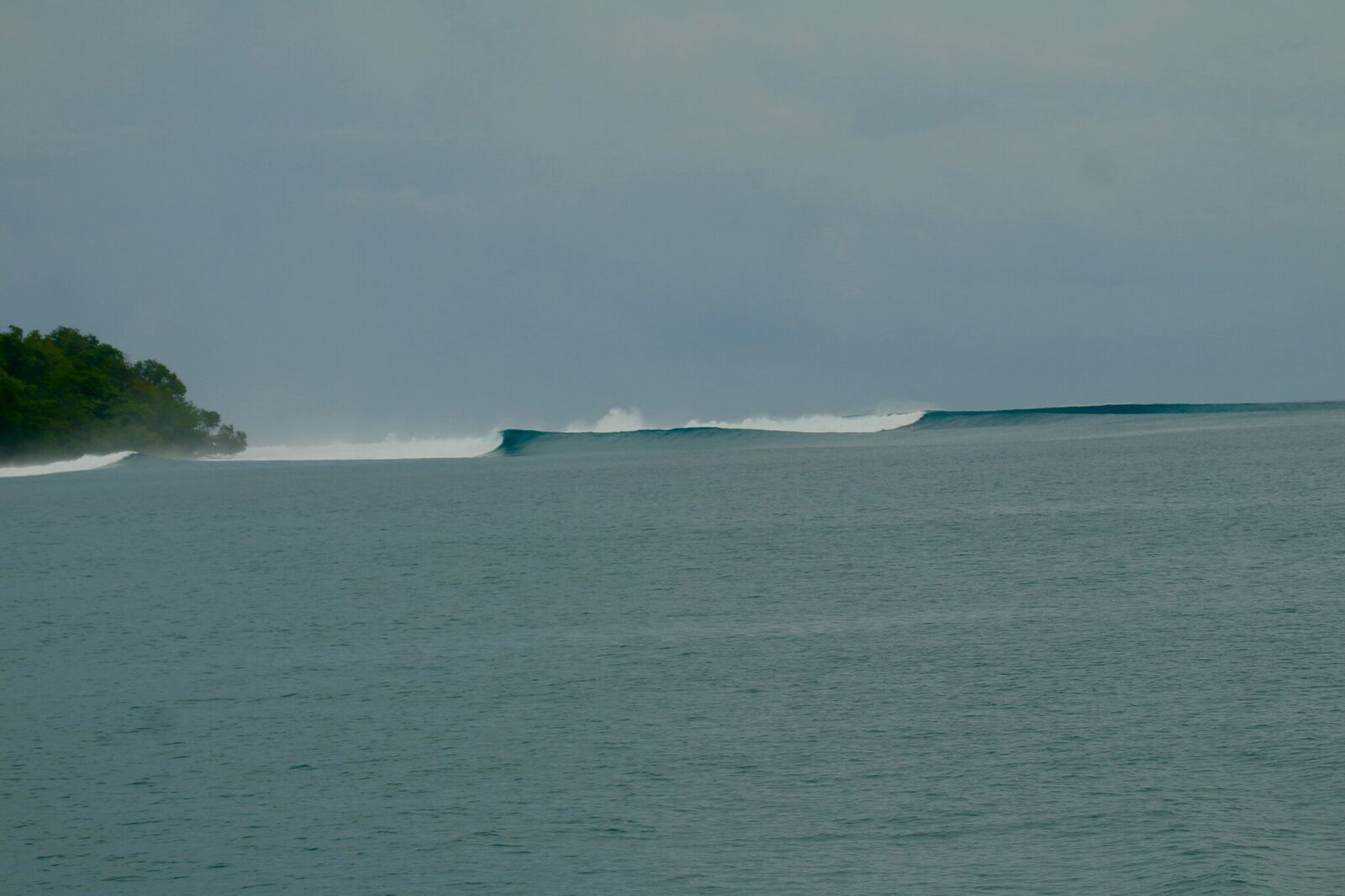 The first big swell hit the Banyak Islands during this Dream charter and put us in a position to make the decison of where will be our best surfing spot for our new customers. We wanted to position our boat far from others.

The captain started with the crazy hollow left’s.
We spent the few days surfing by ourselves in 3 foot clean conditions.
Everything was on, like rippable, small barrels. 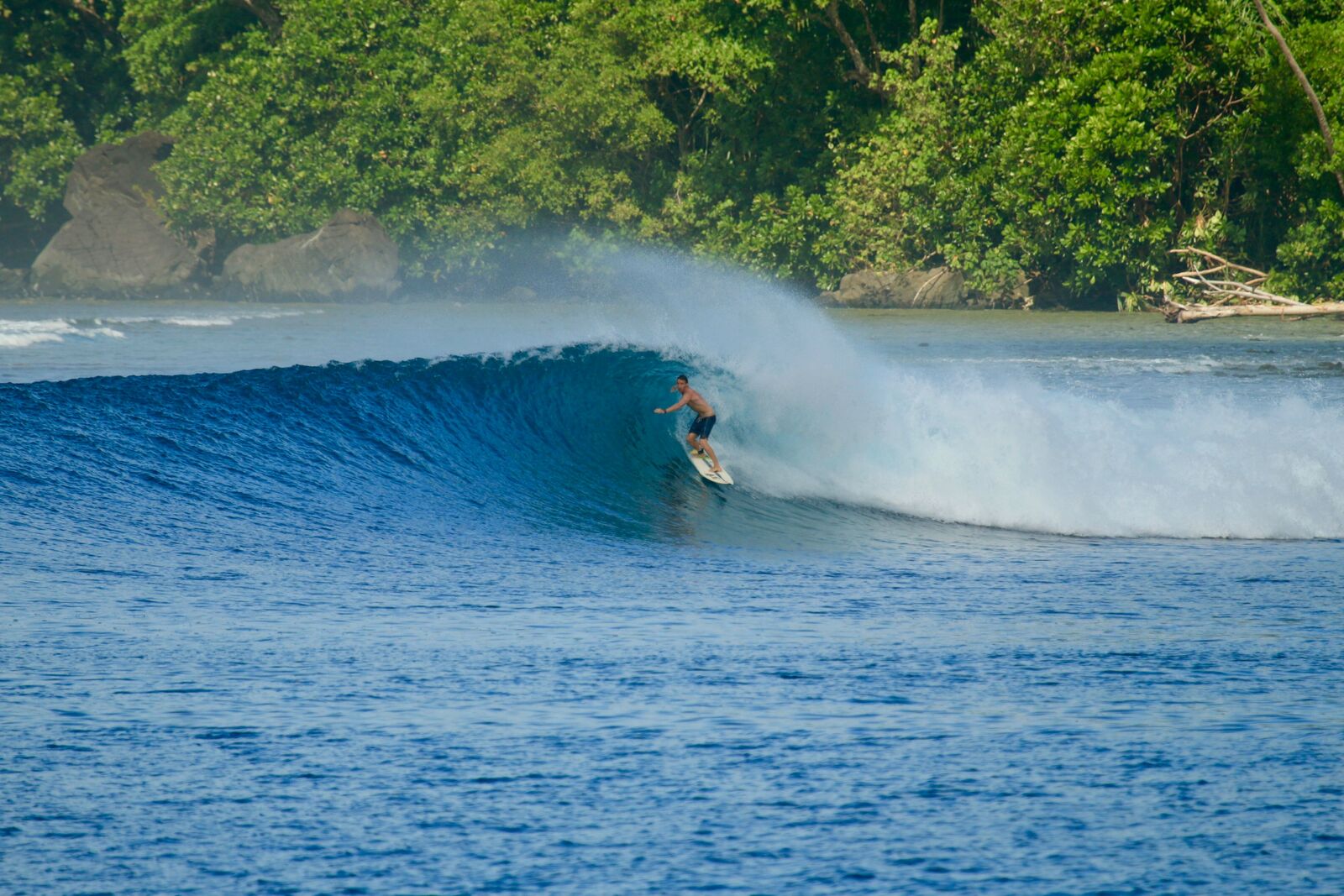 Then the swell dropped a little bit, but we still enjoyed some good Turtle lefts and small Treasure Island rights which was playful. 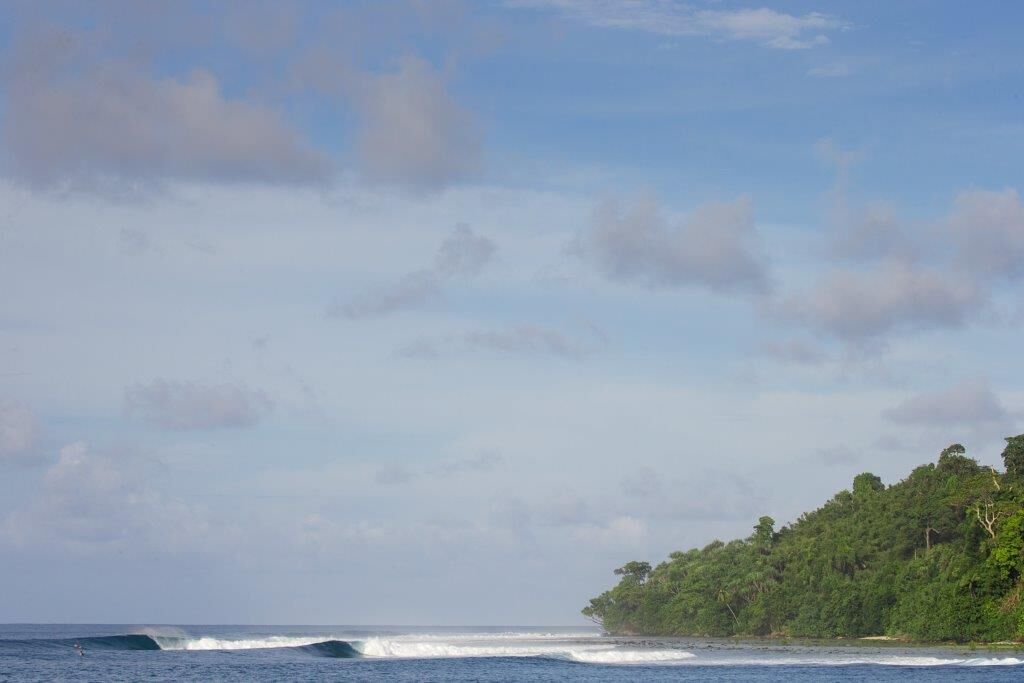 The next four days were enjoyed at the Bay Of Plenty. 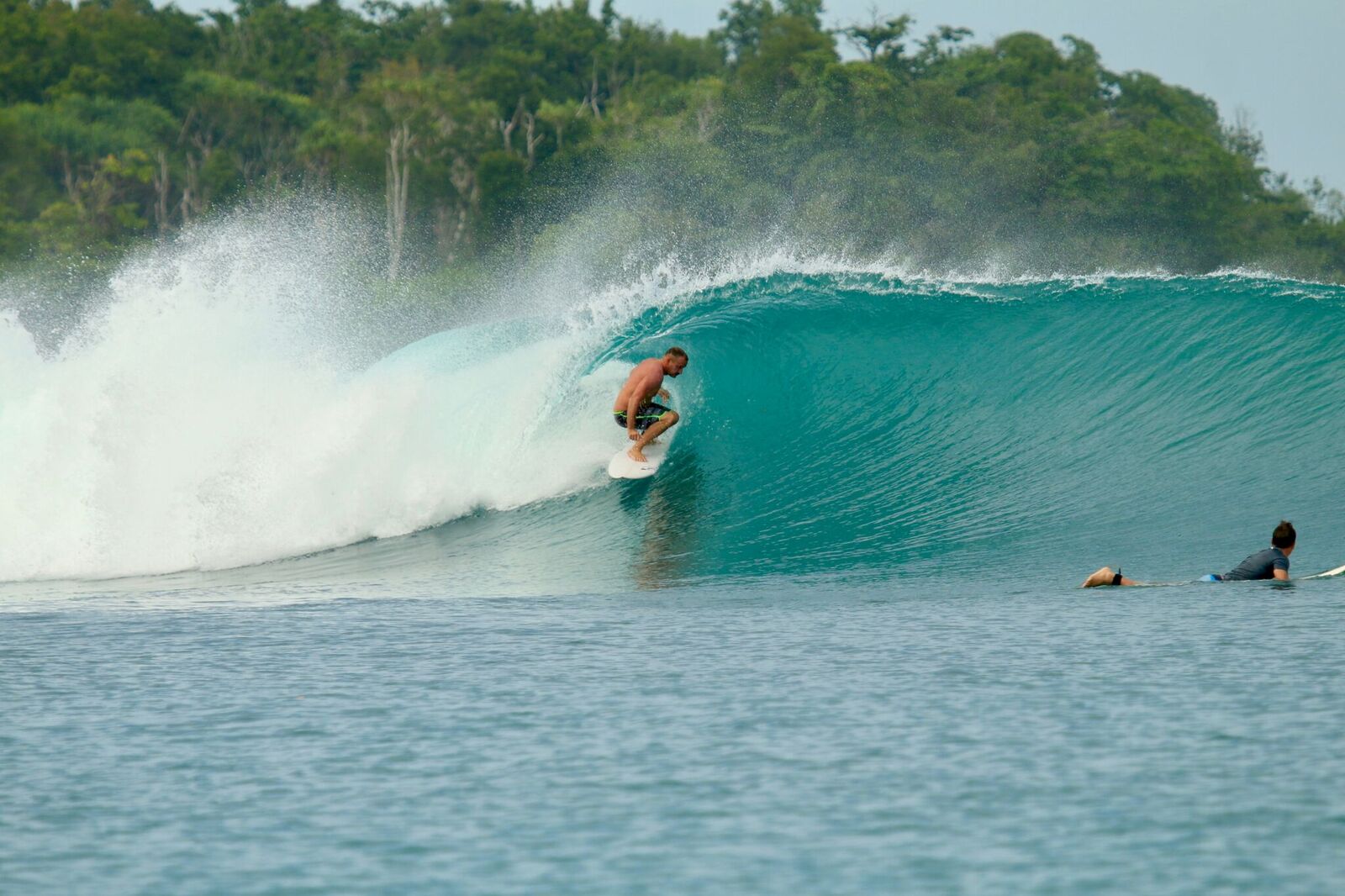 Three waves for the boys and only two boat trips. The spots were almost empty and there was constant surf from morning to sunset. Conditions were pretty good all the time, especially super glassy at the end of the day.

The wind had been switching around due to the high pressure upon us. It prettty much blew light east to north and west wind.

Sessions: Captain Pierre provided 8 differents surf spots to customers. really good conditions so lots of opportunities. Biggest session at Bay Of Plenty and secret waves.
Treasure was good one day only due to heavy growing swell.

Crowd: Four boats been cruising around, but everyone trying to escape from each other as usual. 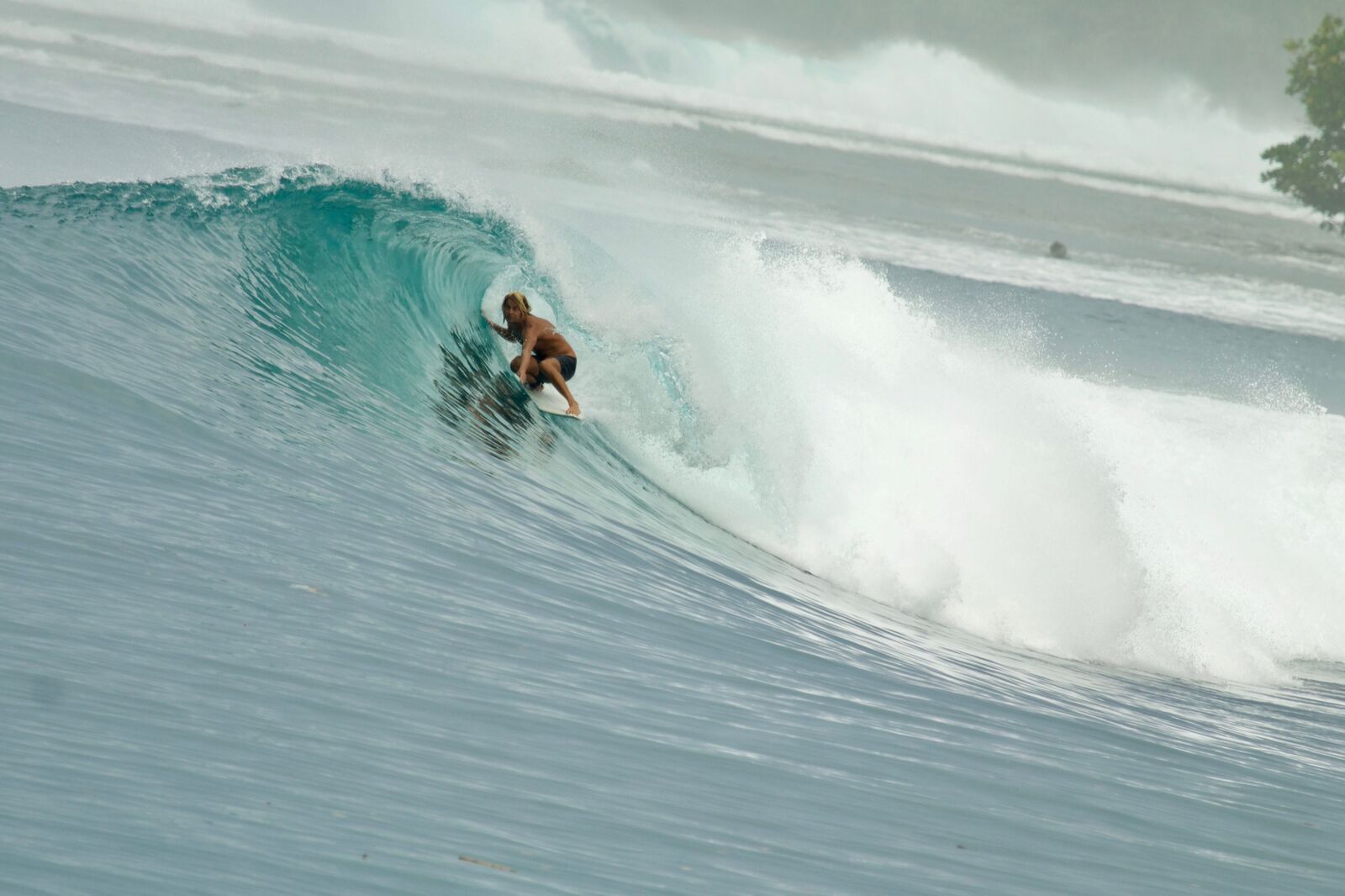