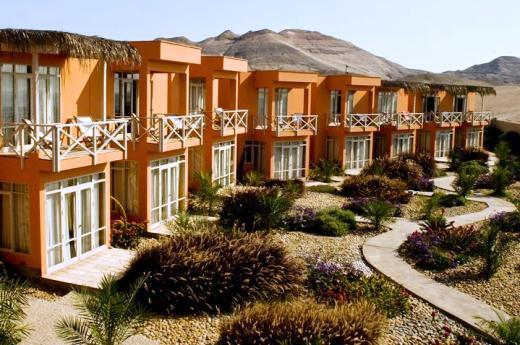 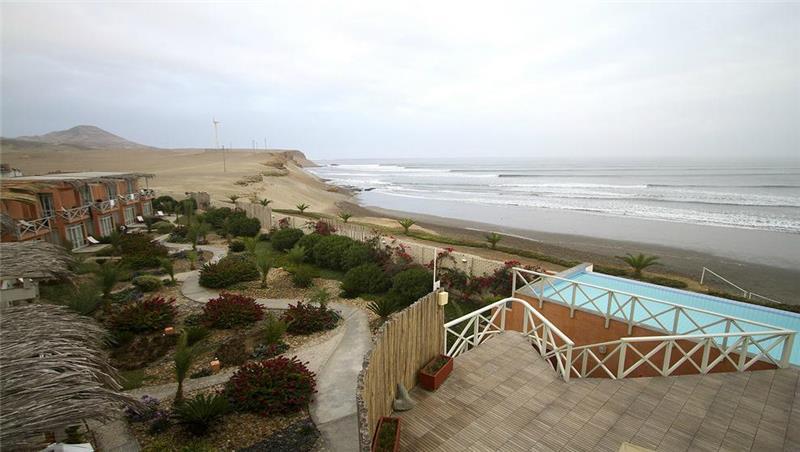 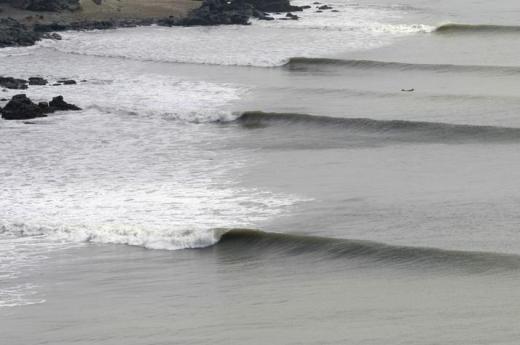 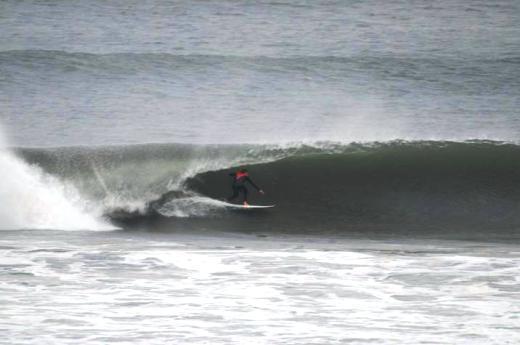 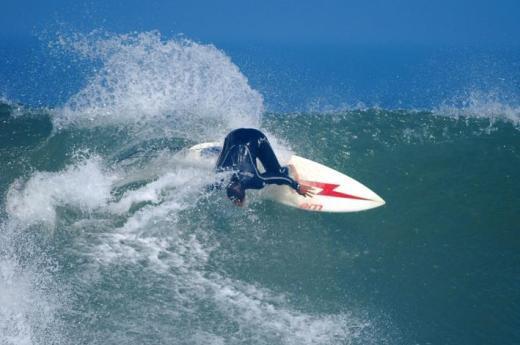 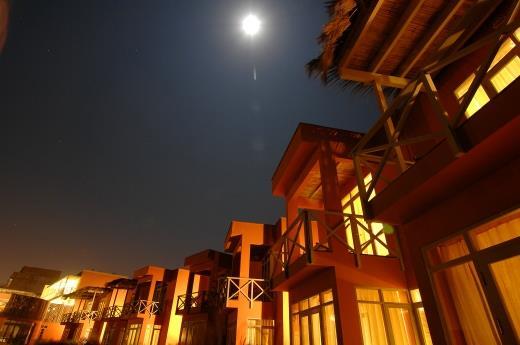 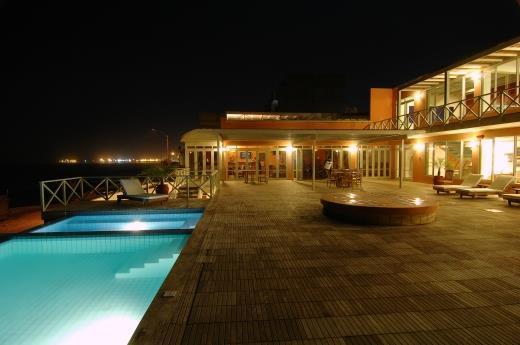 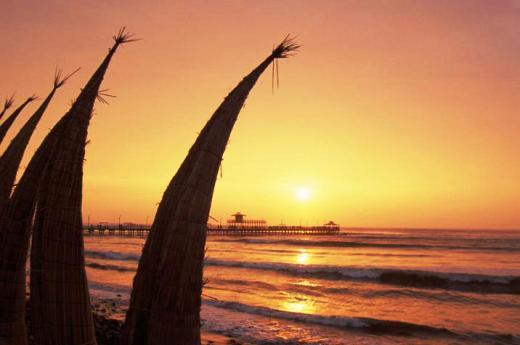 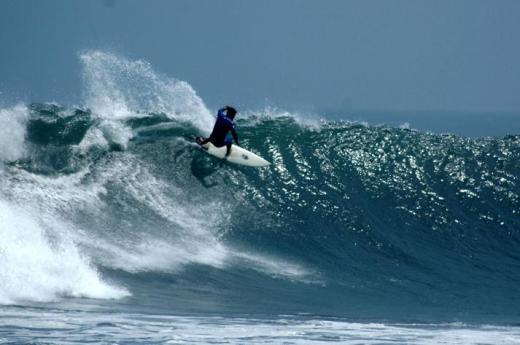 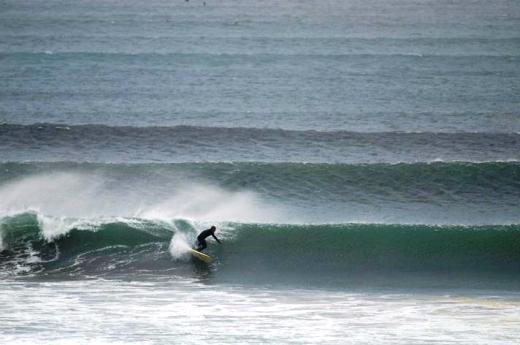 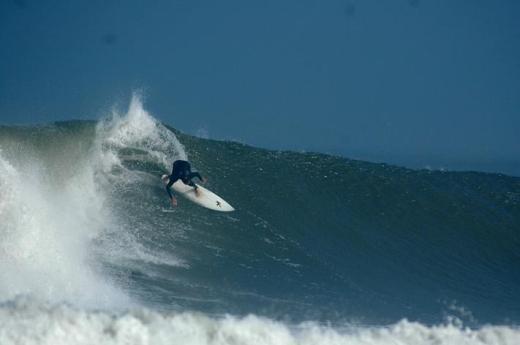 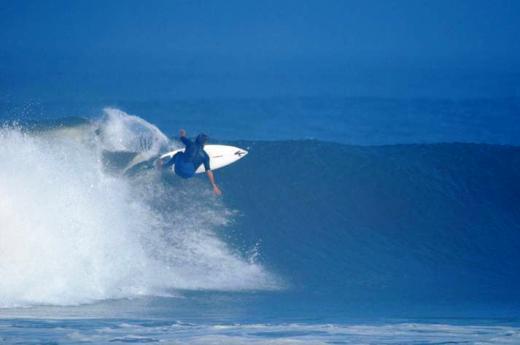 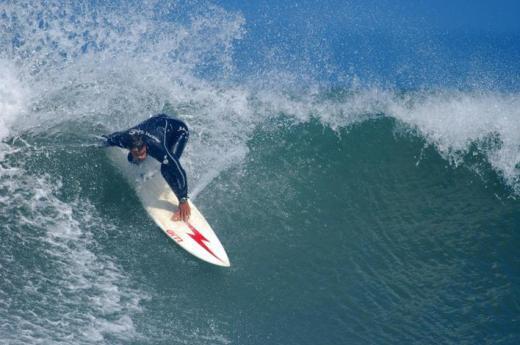 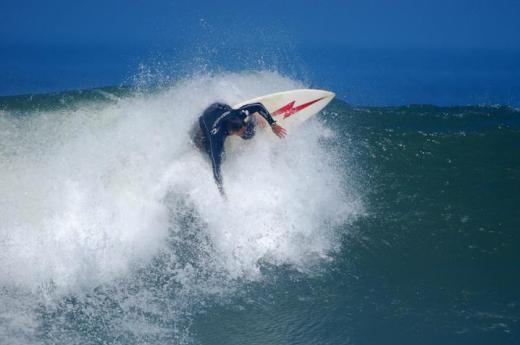 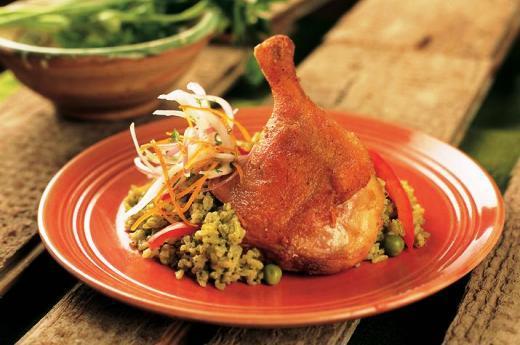 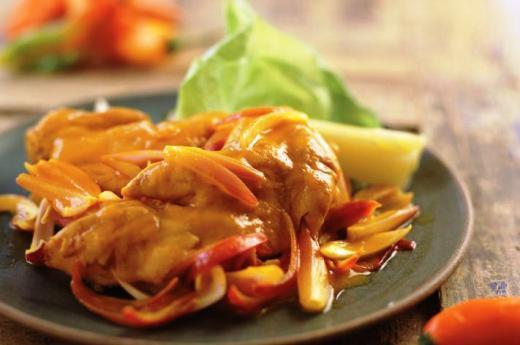 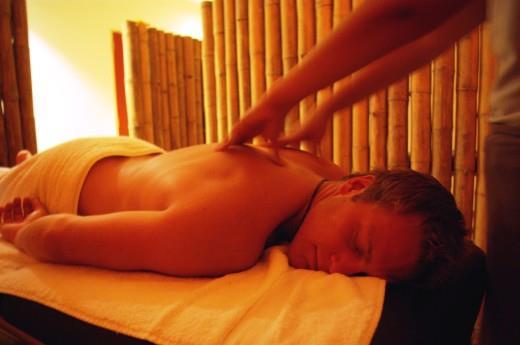 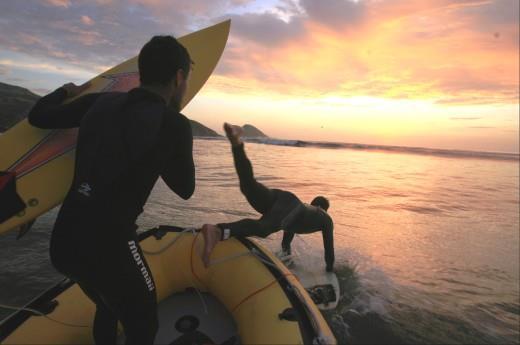 Peru offers one of nature's miracles: Chicama. It is the world's longest wave stretching over 4kms and is situated north from Trujillo. The Peruvian coast is littered with similar point breaks with big lows from deep down south sending the swells northwards, and many of the surf spots receive persistent offshore winds.

Peru is fast becoming one of the most sought after surf spots in the world.  It offers one of nature's miracles: Chicama. Chicama is the world's longest waves stretching over 4kms! The Peruvian coast is littered with similar point breaks with big lows from deep down south sending the swells northwards, and many of the surf spots receive persistent offshore winds.

Chicama is a port and small coastal town in north-western Peru, located in the La Libertad Region, north of the city of Trujillo. Locals have called the waves at Chicama, from the top of the Cape to the pier, "Malpaso", "Keys", "The Point", and "El Hombre". "The Point" is considered the best part of the wave and is the most famous, which will break for around 1km up to about 6 feet in size (Aussie scale), but to ride longer than this all the way to the pier (about 2.2km) on a single wave needs a swell less than 6 feet.

The wave is well-shaped, fast and moderately hollow, breaking over soft sand, but not a genuine tube, nor very powerful, unless the swell is very big (ie more than 6 feet). The bigger the waves, generally the better the wave and the main point will hold at least 12 foot! The wave tends to speed up and slow down alternately, and it is rare to ride a single wave along the length of the point as most surfers don't have the stamina to handle such a long distance! There is also a middle section along the point which is rocky, generally hollower and faster. The complete ride from the Point to the Pier is of about 2.2km, in 10 foot swells.

Chicama Boutique Hotel & Spa General Manager Miguel Vegas, born in Peru in 1977, is a former surfing national champion. He graduated in Hotel Business Administration and boasts a masters degree in Tourism Marketing. He knows all the ins and outs of Chicama - including the best swell conditions for Chicama.

The warmer months are November through May, and, the cooler months are July through September. At night, you may need a sweater and a windbreaker. Sunscreen is a must. There are good waves all year round; however, the best months to surf are between March and October. A 3/2 suit and booties are always recommended. The waves are lefts and famous for their length, speed and perfection.

Peru boasts one of the finest cuisines in the world. Dishes such as cebiche (raw fish marinated in lemon juice), pachamanca (meat and vegetables cooked underground) and chupe de camarones (rich shrimp soup) have contributed to turn Peru into a gastronomic destination.

You will enjoy a variety of dishes typical from the northern coast of Peru. Arroz con pato (braised duck and rice), seco norteño (meat and coriander stew) and cangrejos reventados (crab stew) are only a few examples.

Bruno organised my trip to Chicama in Northern Peru. Everything was so perfectly coordinated, and appreciated the effort he went to give I was so far from home.

Nature gave me 3 days of 8ft and 18 sec Classic Chicama during my stay and 2k rides...mind blowing. Even at 3ft and 12sec The Cape gave 800m rides with 6 people out. The tow service is a must. I can't fault Chicama Surf Resort. Surf am/pm, beer in hot tub followed by sauna followed by the best food we had in Peru. The ceviche is excellent. Miguel and the staff make you feel at home. Thanks guys and nature for my best ever surf trip. Harrygoessurfing

A week at the Chikama Surf Resort was great for me as well as my husband. I got to relax , do my yoga and read a book. The food at the resort was outstanding...the best we had in Peru and it was consistent thoughout the stay. Miguel the manager at the resort is the most delightful person , he is very friendly and helpful. The whole place has a homely touch and is run very professionally.