Papua New Guinea (PNG) is a land of breathtaking landscapes and amazing creatures both above and below the water’s surface. It’s an adventurer’s playground with thick tropical jungles, high mountain ranges and spectacular scuba diving. Located near the equator, Papua New Guinea (PNG is the second largest island in the world and home to great surf. Only 7 million people call PNG their home, but this consists of 850 different tribes and more than 800 languages that are spoken. Most of the waves are located on the Pacific North Coast near the towns of Vanimo, Wewak, Madang and Kavieng and are quickly becoming known for being uncrowded, challenging and, on their day, perfect. The geography is as diverse as it is unique. The country is an island, nearly the size of a continent, which is divided down the middle east from west. The eastern half, called Papua New Guinea, has been independent for a dozen years, while the western half is the Indonesian province of Irian Jaya. There is a spine of mountains that run the length of the island forming the populous highlands region with the highest point being Mt Wilhelm (4,500m). Rainforests are dense and located around the lowlands and coastal areas which have made it difficult to create a transportation infrastructure, so in some areas the only way to get from one point to another is by air. Coastal plains, flooded delta regions, and mangrove swamps are found next to sandy beaches making it one of the most unique environments on earth. PNG is not only renowned for its surf, but also the spectacular diving, offering those looking for more than just surf a playground of WWII wreck dives and an amazing array of sea life.

Small to mid size waves good for all levels

The waves around Kavieng, and east coast New Ireland Province have had the most exposure to swells but more and more waves are being discovered each season. In the far west of PNG, Vanimo surf breaks are easy to access by foot or a short paddle if you stay nearby and the range of waves is for all levels. The size and direction of surf breaks in the area means that the rights are generally good during the mornings and th lefts turn on with the afternoon westerly breezes giving you a plenty of choice of surf all day. Boat trips are becoming increasingly popular as a way of accessing an uncountable number of breaks on offer throughout the PNG archipelago. Waves off the Islands of St Matthias, the east coast group of islands of New Ireland, and to the Admiralty Islands to the far North West of Kavieng. Surfing Association in Papua New Guinea, which Perfect Wave is an official and preferred member of, has a surf management plan that ensures every surfing dollar is contributing to sustainable tourism and that controls the number of surfers to keep the waves uncrowded 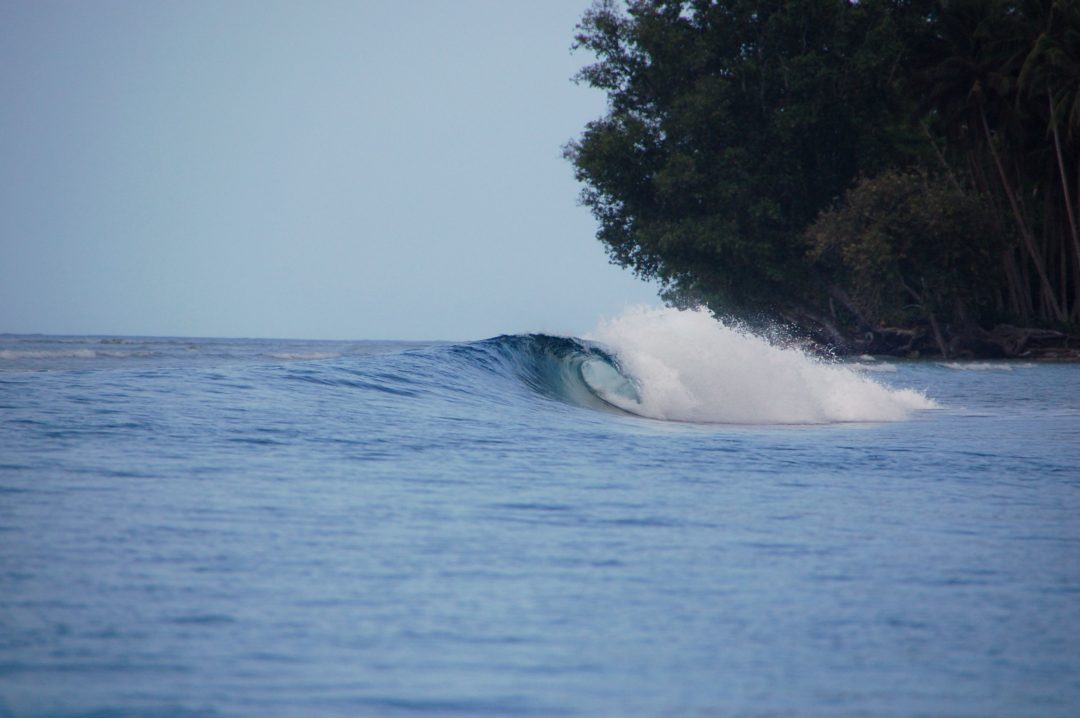 Extremely fast, heavy barrelling, very shallow right-hand coral reef break that can peel for up to 200m. Works best on a low to mid-tide, with a west to north-west swell direction. A mini Kirra. Reef boots are a must. 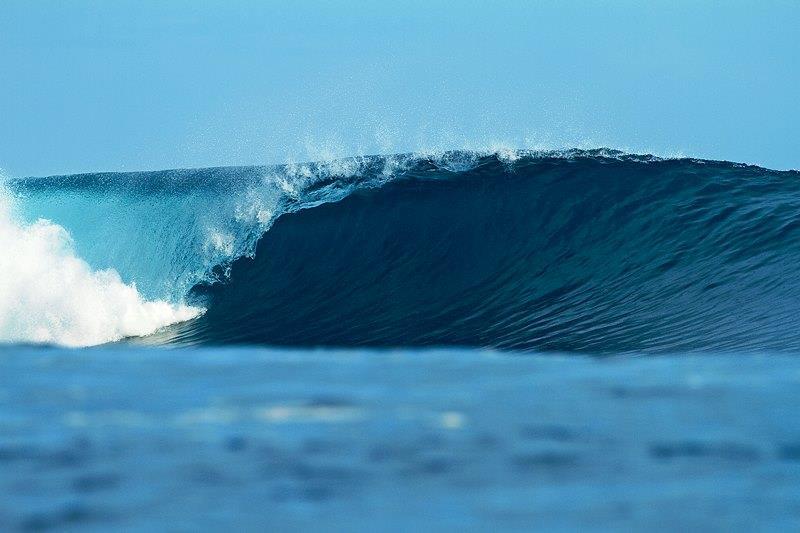 Situated across the harbour from Pikinini, Nusa Left is a fast breaking, very reliable barrelling left-hander that jacks up out of deep water, with a very shallow end section. It works best on mid to low-tide with a westerly swell direction and an easterly wind. Keep an eye on the outside Bommie, as this can also be ridden on the right conditions. 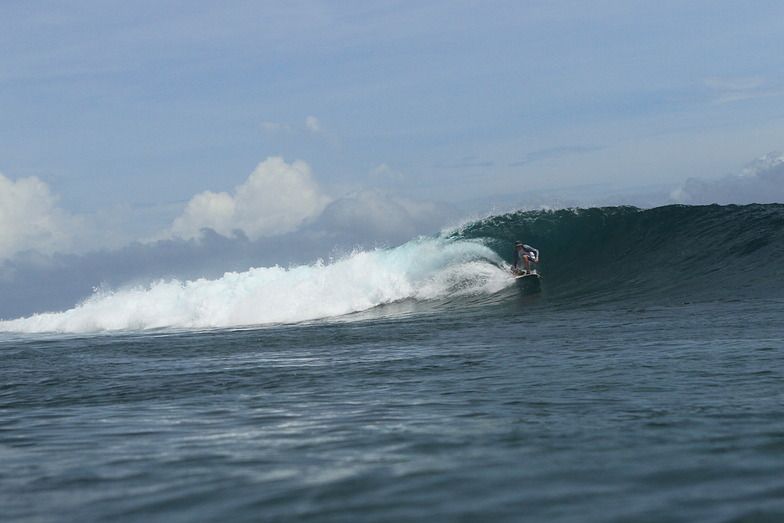 This picturesque little island’s left-hander is a bit of a wave magnet and very consistent. A great hotdog, fun wave that has a nice tubing inside wall section. Likes low to mid-tide as it can be a bit fat and break too close to the inside ledge on high tide. It does not like too much swell, but can still be fun on a light onshore. This is one of the most surfed breaks in the area.

The right-hander on the other side of the island has a very fast, long wall. It likes a mid to low tide, is a little inconsistent, but a great ride when it’s on. Keep an eye on this break when the swell comes up. 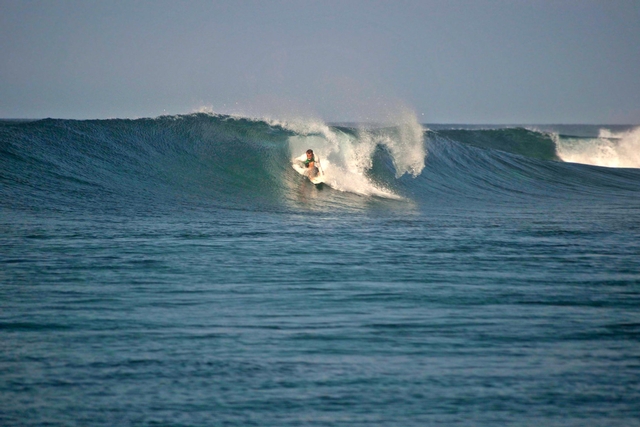 A small, uninhabited island situated further out to sea. A great place to go if there is no swell anywhere else, Ral attracts more swell than the other breaks in the region. Best surfed on small, clean swells, the right-hander can at times be peaky like a beach break, and sometimes can line up like a point break. The left is not as consistent as the right, but worth checking. Both waves pack a bit of punch once the wave height gets bigger. Ral can also handle more surfers than most of the other breaks. 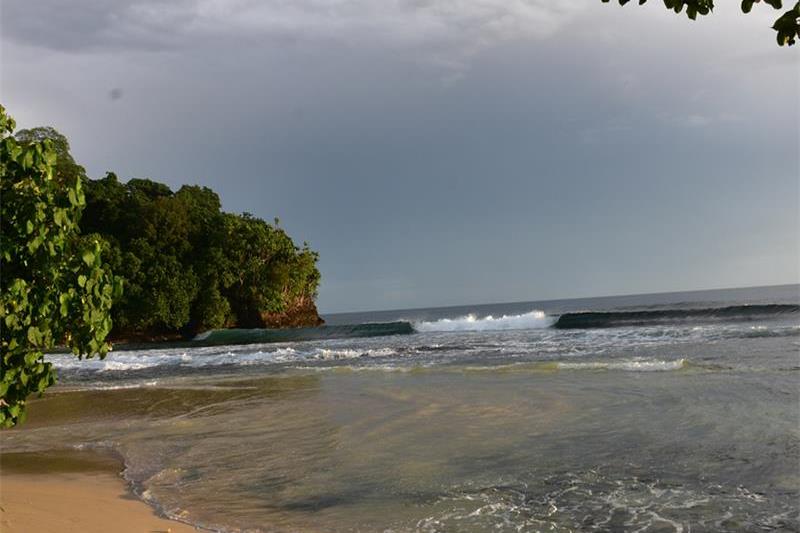 A super fun wave on small to medium ENE swells. Fast walls and occasional barrel race in to a channel at the base of a cliff. Occasional Lefts are shorter and end on shallow reef. 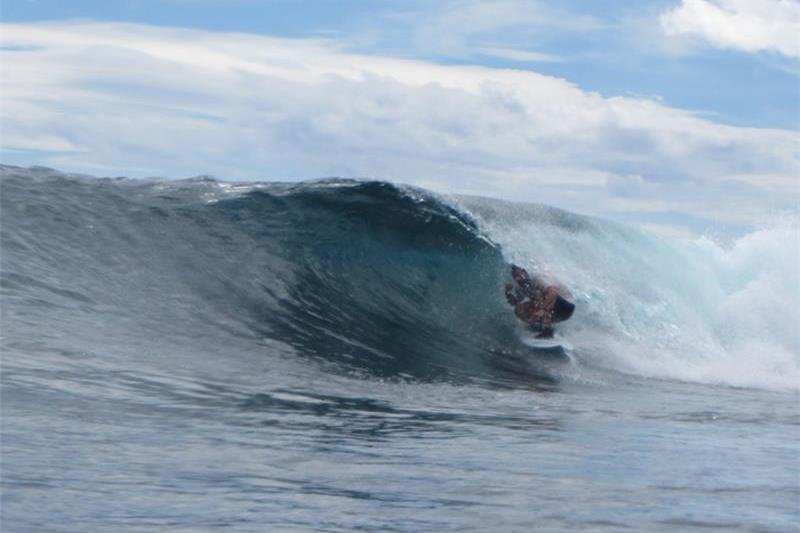 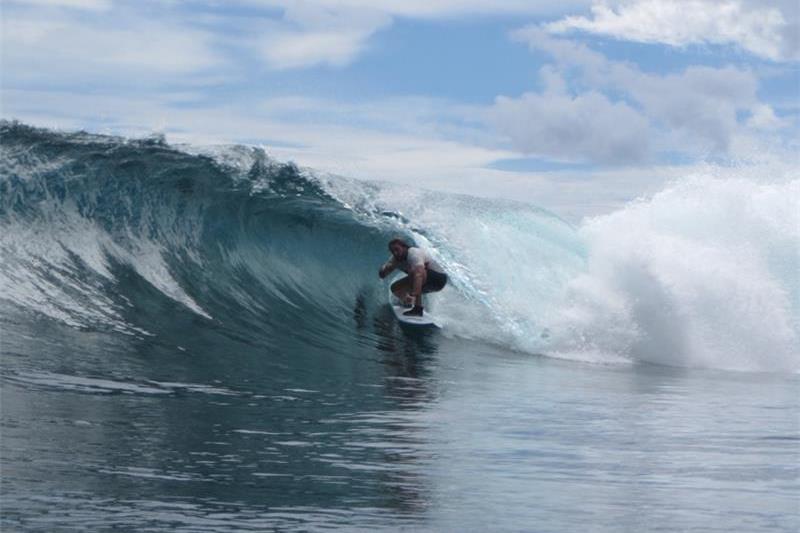 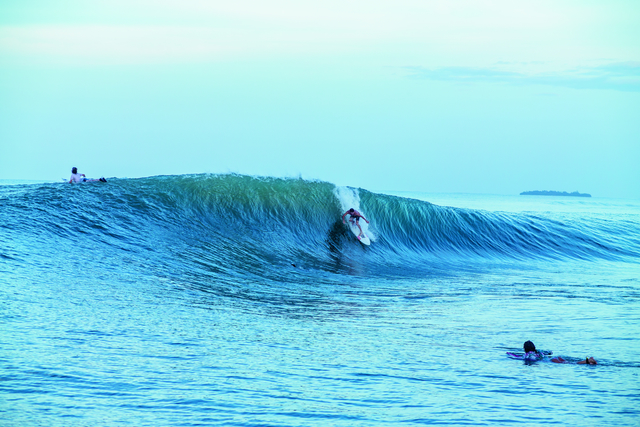 The right hander is very photogenic, very hollow on both left and right  plus this is definitely a more challenging wave. No bottom turns required take off in the barrel and get spat out into the channel. No more said. 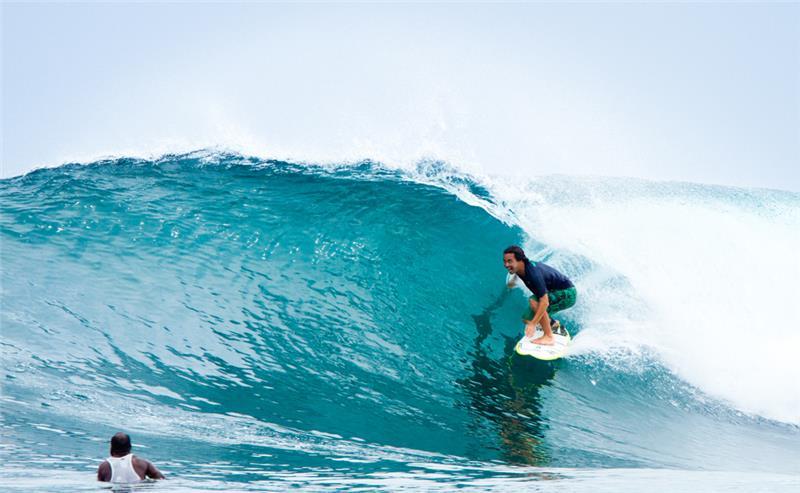 A peeling right hander that can break up to 200 metres and handles up to 8ft and is super consistent during the summer months. A wide limestone reef offers a combination of walls and barrels over mutiple sections 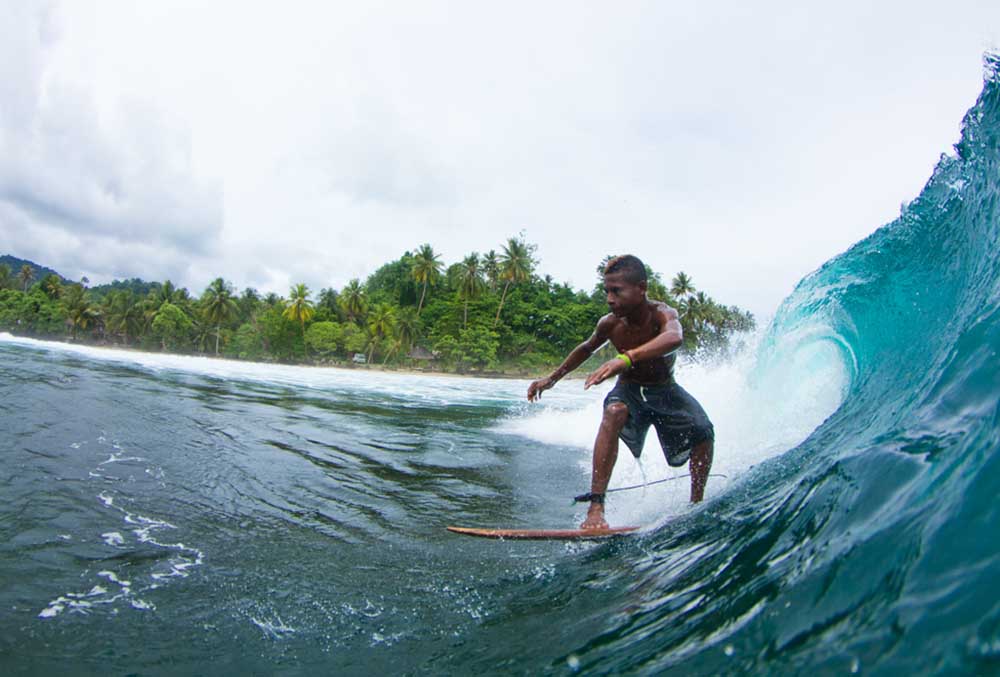 Is 10 minutes walk through the village to the other side of the peninsula. Actually 3 separate lefts, all offshore in afternoon breezes 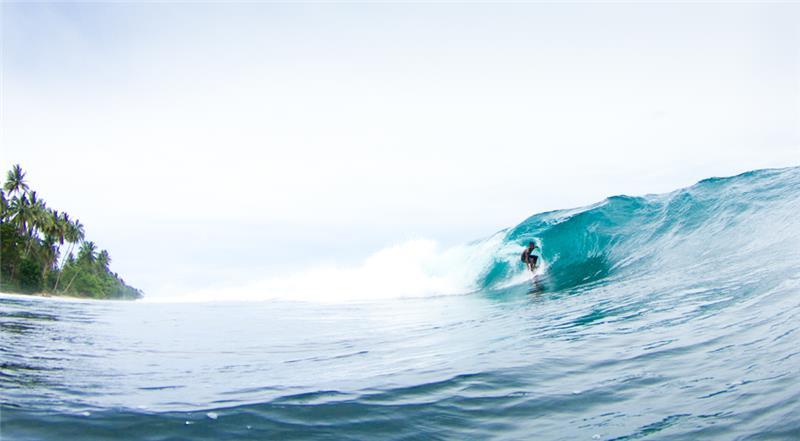 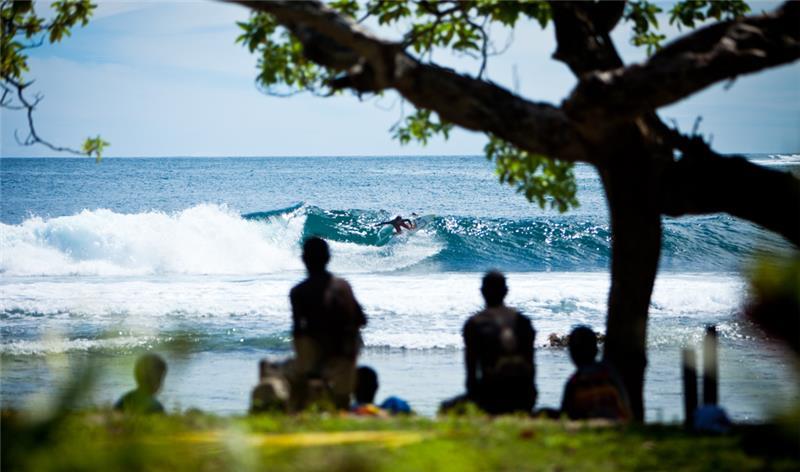 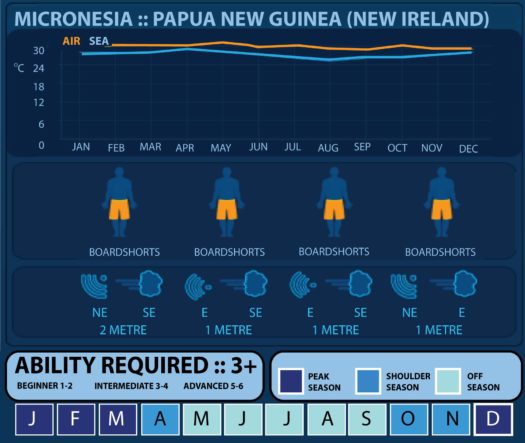 The surf season in PNG is from November to April when North Pacific groundswells and NE Trade swells send consistent pulses of swell between 3 to 6ft and conditions are generally glassy. Early morning is best to take advantage of the offshore winds, but the multidirectional nature of the reefs ensures that there is usually an offshore option. 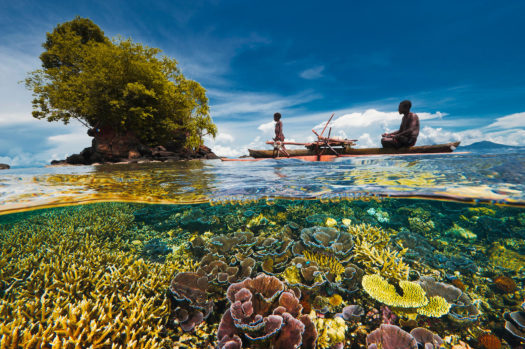 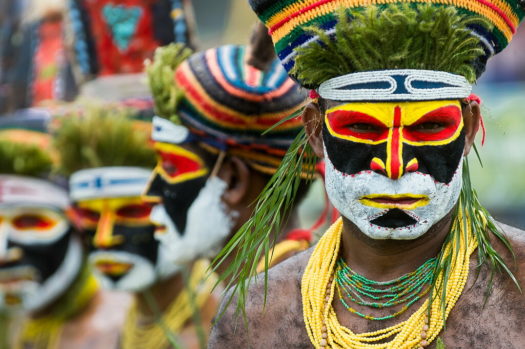 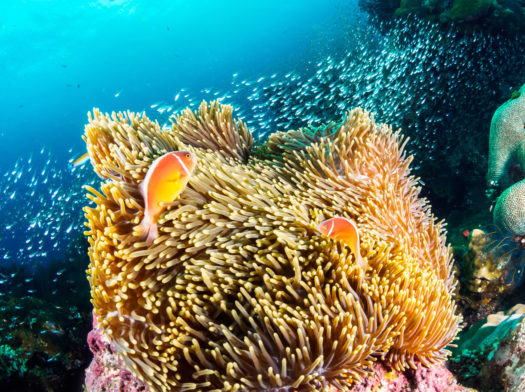 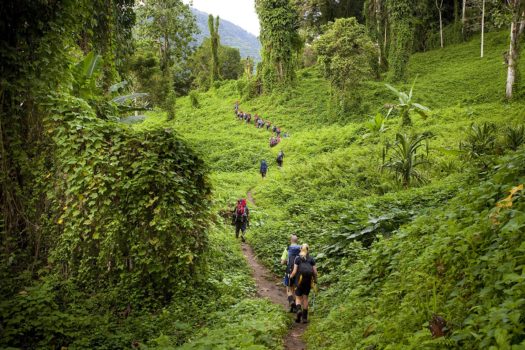 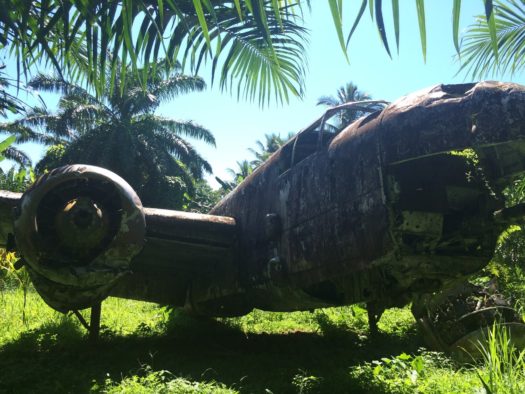 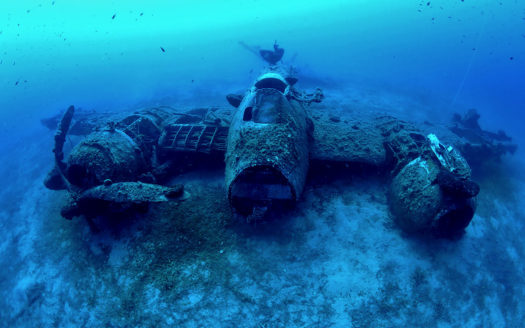 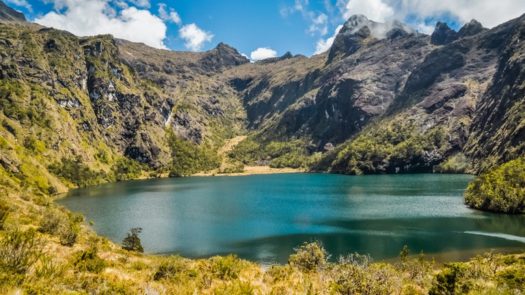 Located in the Asia Pacific region’s Coral Triangle, surrounding by the Bismarck, Coral and Solomon Seas, PNG has a stunning array of marine species just waiting to be discovered. With barrier reefs, coral walls, fringing reefs and sea grass beds along with spectacular World War II wrecks, scuba diving in PNG reveals treats around every corner. Dive from a shore-based operation or a liveaboard to explore just some of the 52,000 square kilometres/20,000 square miles of reef systems. Papua New Guinea is also perfect for the nature enthusiast and outdoor adventurer. There are many treks to choose from in the highlands and lowlands where you can also spot birds-of-paradise. Sing Sing is an incredible cultural experience and its best to hike on the many forest trails with a qualified guide. A visit to the National Botanical Gardens and the National Museum is also recommended if on a stopover in the capital Port Moresby.

Culturally diverse with some 848 languages spoken and only 18% of its population living in urban areas, Papua New Guinea is one of the world’s least explored countries. The country occupies the eastern half of New Guinea Island and has a modest population of 7 million people. Spanish and Portuguese explorers encountered Papua New Guinea in the 16th century but it was not explored until the 19th century. It was ruled by Germans in the 19th century and part of it was colonized by the British in the early 20th century before being transferred to the Commonwealth of Australia. Papua New Guinea gained its independence from Australia in 1975. Lying just below the equator, Papua New Guinea is a hot and humid country and largely covered in dense tropical rainforest. Papua New Guinea also sits on the Pacific Ring of Fire and experiences frequent earthquakes and has live volcanoes. These conditions also give way to extremely fertile land and amazing land and marine animal biodiversity. Besides rainforests, Papua New Guinea also has a large wetland and is fringed by healthy coral reefs.

Fly to Jacksons International Airport in Port Moresby (POM) directly from Singapore, Australia, Hong Kong, Bali, or Japan. Land transport infrastructure is poor so you will have to take connecting flights on local carriers like Air Niugini to other destinations in Papua New Guinea.

They have simple, high quality traditional island-style bungalows that can cater for up to six people.

The peak surf season extends from November through late April.

This idyllic PNG retreat is set on a 76 hectare private plantation, perfect for the surf adventurer looking for guaranteed no crowds

This idyllic PNG retreat is set on a private plantation, perfect for the surf adventurer