Brazil is the fifth biggest country in the world and has a coastline of nearly 7,500 km full of beach breaks, reefs and point breaks. Brazilian people are warm and friendly people, however known for being competitive in the water. This is the land of the Carnival with good, low-budget living, happy people, bikinis and great waves in an immense land rich with a vibrant and varied culture. Rio is a great place to start your journey, although April to October are the best time for waves, it’s worth getting to Brazil in February to experience the Carnival. Then head further south to the beautiful beaches of Florianopolis which has the most consistent surf on the Atlantic side of the country. 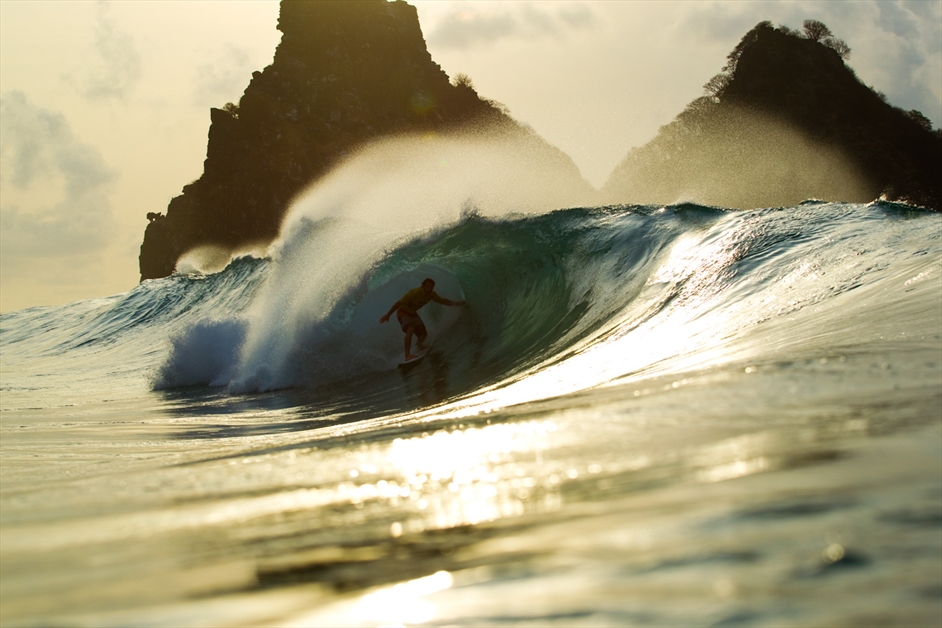 Fernando de Noronha is an archipelago made up of one 11-square-mile chunk of volcanic rock and 20 smaller islands, which of quality reefs and pointbreaks on the “big” island and a tonne of quality beach breaks, including a barrelling left at Cacimba Do Padre. 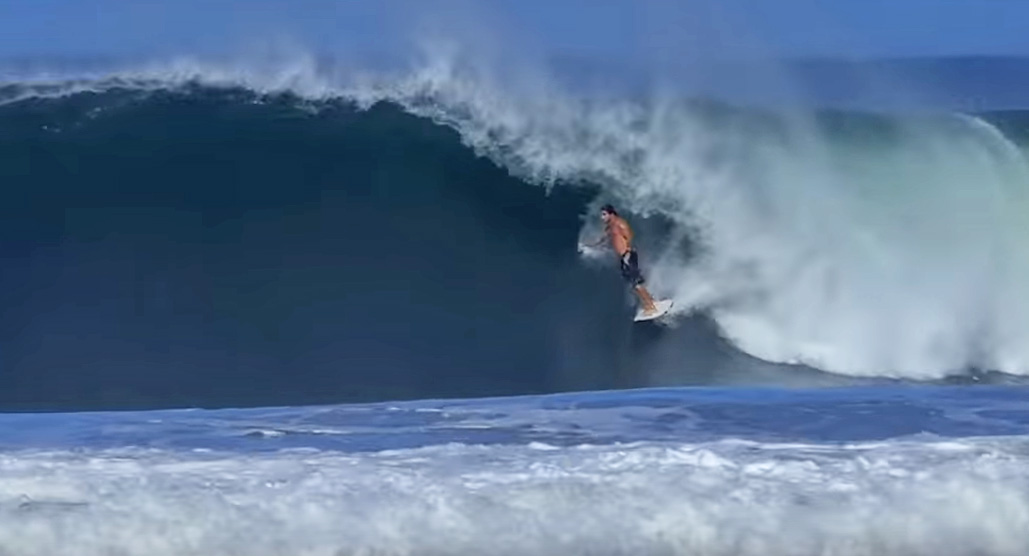 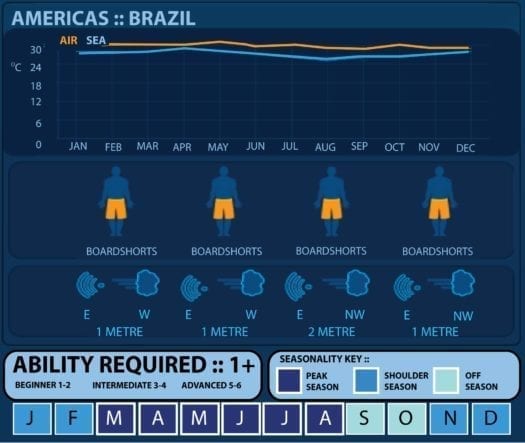 The north of Brazil including Fernando do Noronha picks up the northern swells which are most common from November to March.  For the rest of the coast and southern Brazil, the best time surf is from April to October.  The water temperatures remain warm all year around (around 26°) and with such a vast coastline, it’s always possible to surf uncrowded spots if you’re willing to explore. 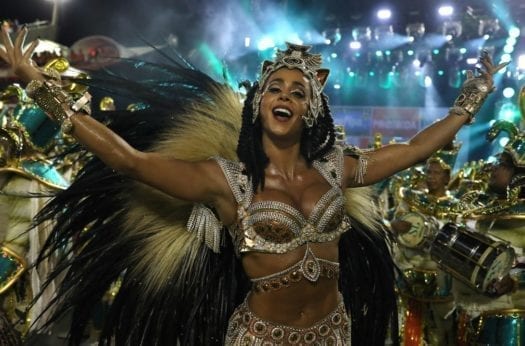 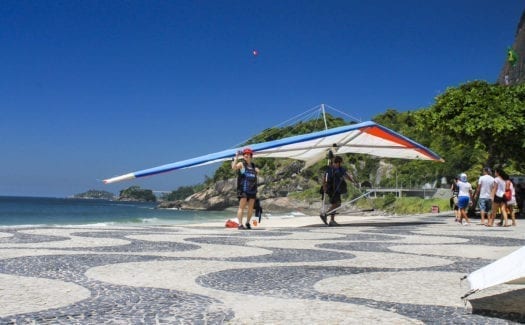 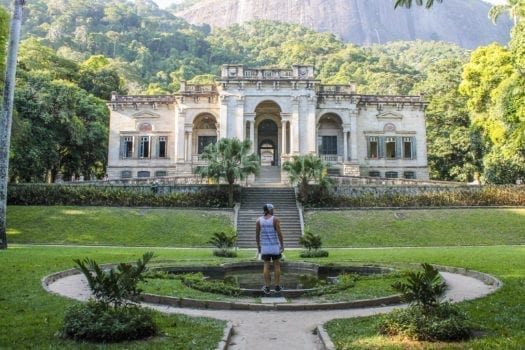 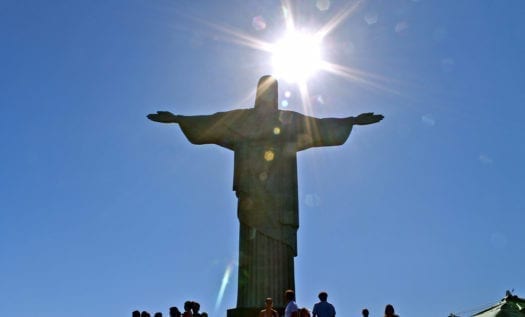 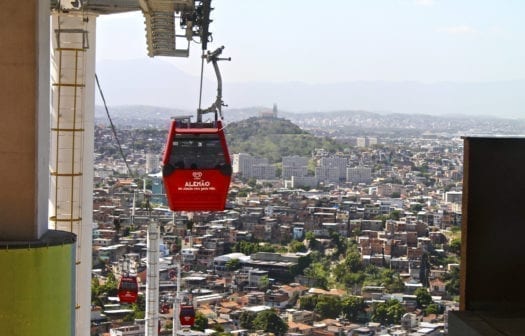 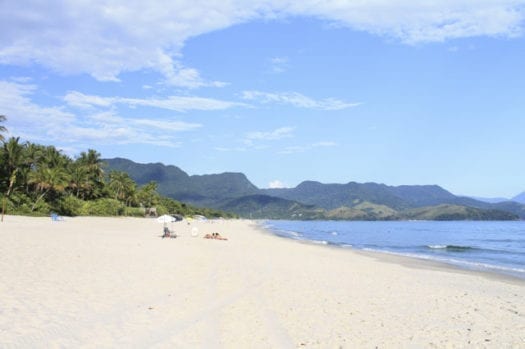 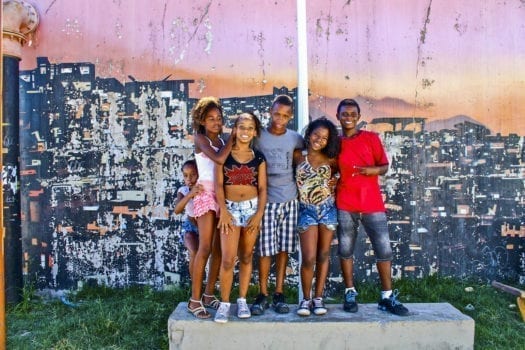 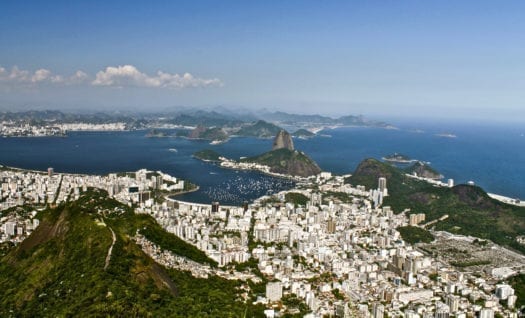 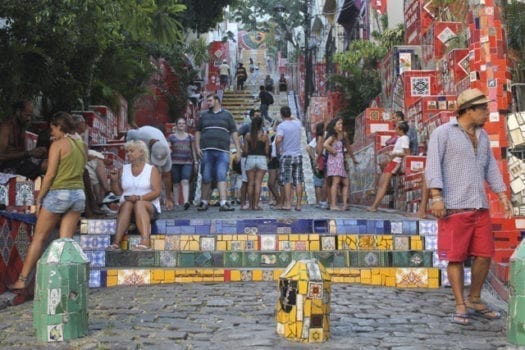 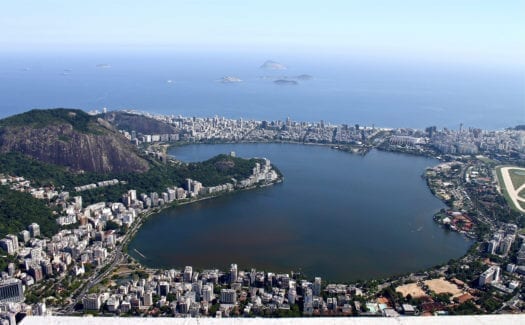 Brazil is the largest country in South America and as such, features an amazing variety of topside attractions. Visitors can get lost among fascinating creatures in the Amazon, hike to Rio’s well-known Christ the Redeemer statue or gape at the massive Iguaçu Falls in the south. Brazil boasts some of the world’s most famous beaches, Copacabana and Ipanema. An expedition up the mighty Amazon River could even yield an encounter with elusive pink dolphins or giant otters. If you have the chance, don’t miss the raucous Carnival festival with its colourful floats and vibrant costumes. It’s held every year around the end of February or beginning of March.

Brazil is South America’s largest country and the world’s fifth largest country, both by geographical area and population. To the east, Brazil enjoys over 4500 miles of Atlantic Ocean coastline. The rest of Brazil is bordered by every other South American country with the exceptions of Chile and Ecuador.

The official language is Portuguese being a former Portuguese colony, but Brazil has a highly diverse population, including indigenous Americans and the descendants of African slaves and European settlers. It is also South America’s most influential country, a rising economic power and one of the world’s biggest democracies. It is bordered by the Atlantic Ocean on the east, with a coastline that stretches for 7,491 kilometres and borders all other countries in South America except Ecuador and Chile. Its Amazon River basin includes a vast tropical forest, home to diverse wildlife, a variety of ecological systems, and extensive natural resources spanning numerous protected habitats. Between the Amazon, the Atlantic Coast and colorful cities, Brazil has plenty to offer to international tourists.