Santa Cruz is quite possibly one of the best locations for surfing in the whole of California, if not the whole of America. Pleasure Point and Capitola Beach make for perfect surfing for beginners, or for a step up there is Cowell’s Beach. Further South, with 16 kilometres of uninterrupted coastline and consistent year-round waves, it’s easy to see why Huntington Beach, California is named Surf City USA. Duke Kahanamoku’s first surfed Huntington Beach back in 1922 and it currently hosts numerous annual surfing competitions, including the prestigious US Open of Surfing and NSSA Championships. It remains one of the most recognised surf spots in the world due to its combination of history and as a international hub of surf culture. Switching coasts and Rhode Island is not typically associated with surfing, but it’s a beautiful area of the US to visit, is readily accessible from Europe and although by no means a big state, it makes up for its size with a big surf culture. Rhode Island’s coastline is littered with beach and reef breaks that provide year-round consistency. The waves are manageable but fun, and if you want something a little more testing, hurricane season can bring sizeable, barrelling waves for those brave enough to try it.

Hurricane season can bring sizeable, barrelling waves for those brave enough to try it

With over 800 miles of coastline directly exposed to the Great Pacific and some of the most famous waves and surf towns in the world, it’s no wonder California has become one of the most surf-obsessed places on the planet. Lots of sunshine and consistent year-round waves make California a primo surf destination, not to mention California’s legendary surf history and the endless amount of amazing things to do and see in the aptly named Golden State. California is diverse as it is large, and there are vast differences between surfing the three main coastal regions: Southern California, Central California, and Northern California. Southern California (AKA SoCal) is what many people have in mind when they think of California – sunny beaches, palm trees, and sunshine. Central California is much less populated than the south, full of quaint beach towns, rugged coastline, rolling hills, and remote beaches. Northern California (AKA NorCal) stretches from San Francisco up to the Oregon border and is characterized by wild often-inaccessible coastline, lush forests of giant redwoods, moody weather producing unruly surf, large ocean wildlife, and scenic coastal drives. 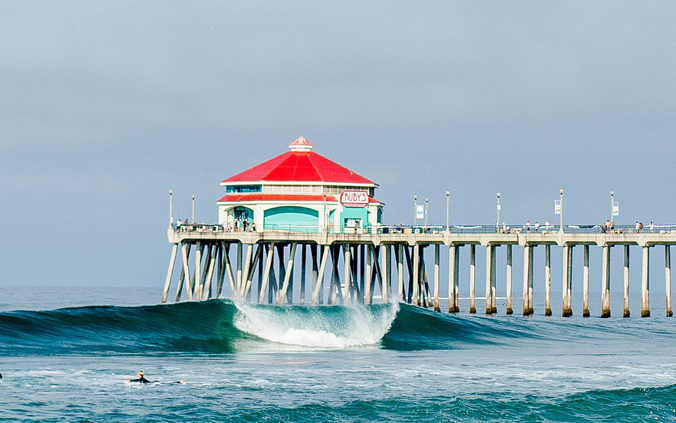 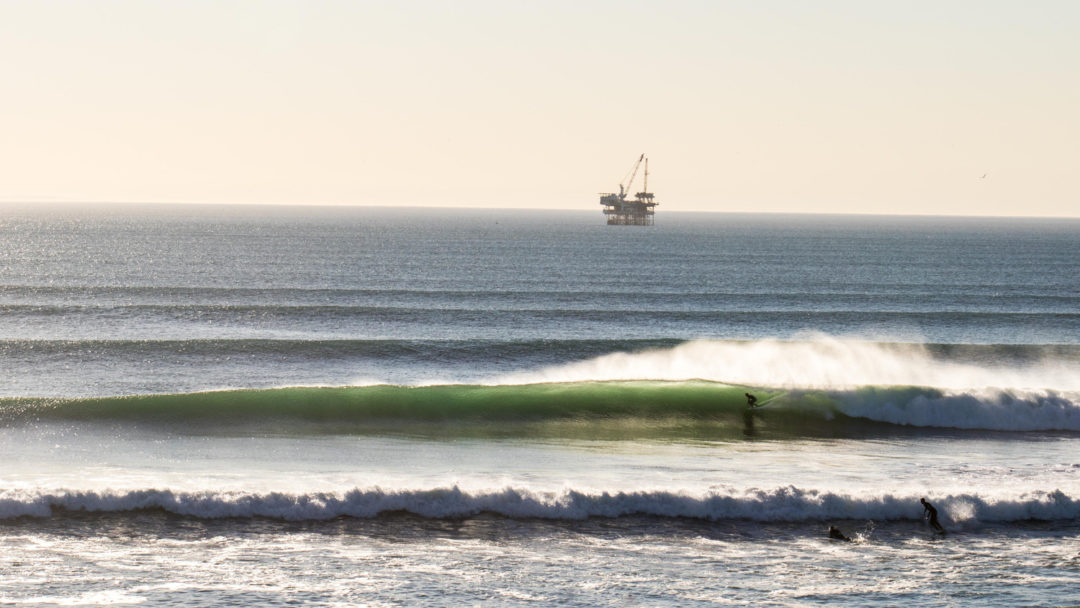 Short for Magnolia, the street this break is located off, and Mags is a fast, advanced surfer wave. 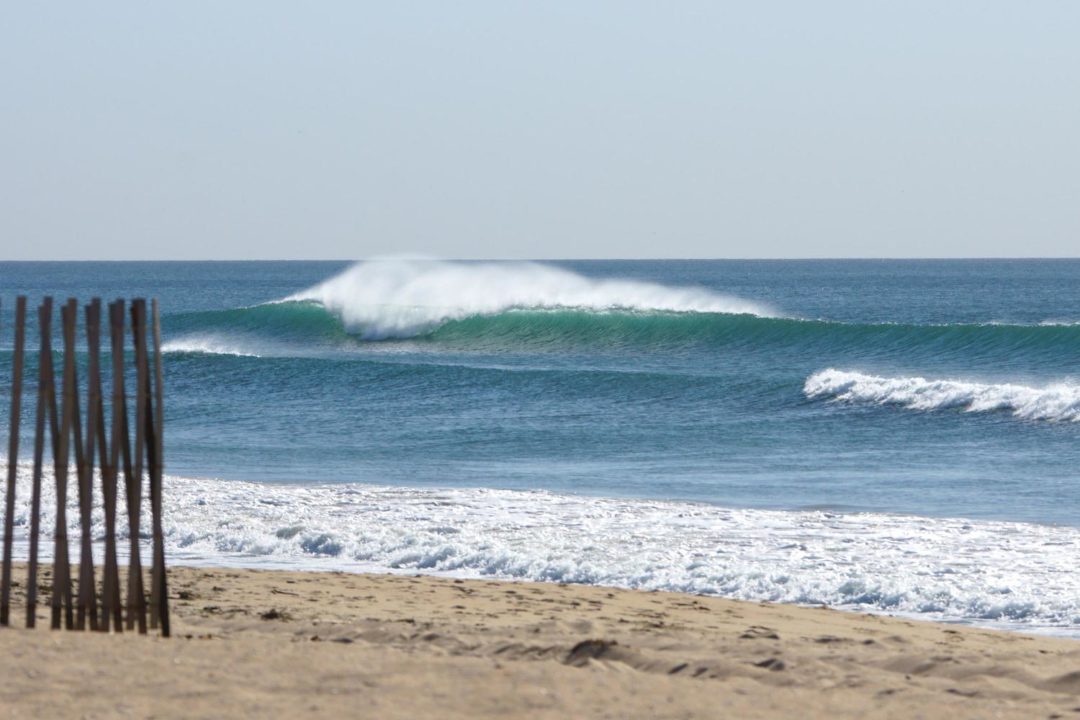 A user-friendly wave, Bolsa Chica is a great spot for longboarding or beginners with a soft, fun, playful peak. 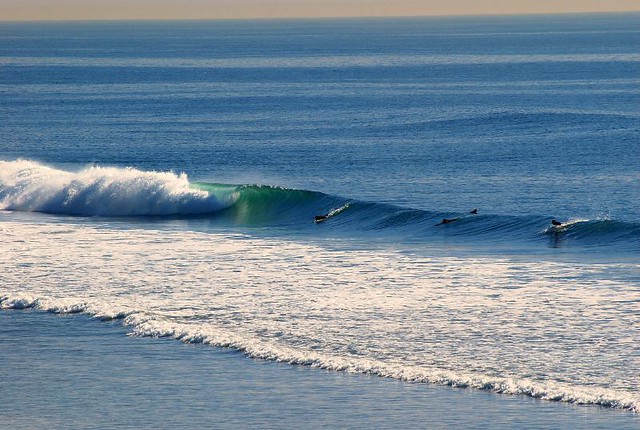 Depending on swell direction, it can be a crossed up peak, or a left or right. On a big hurricane swell, it can have big freight train lefts, and when it gets really big, there’s a spot off the Cliffs called Boxcars where you can do tow-ins. Good for intermediate to professional surfers. 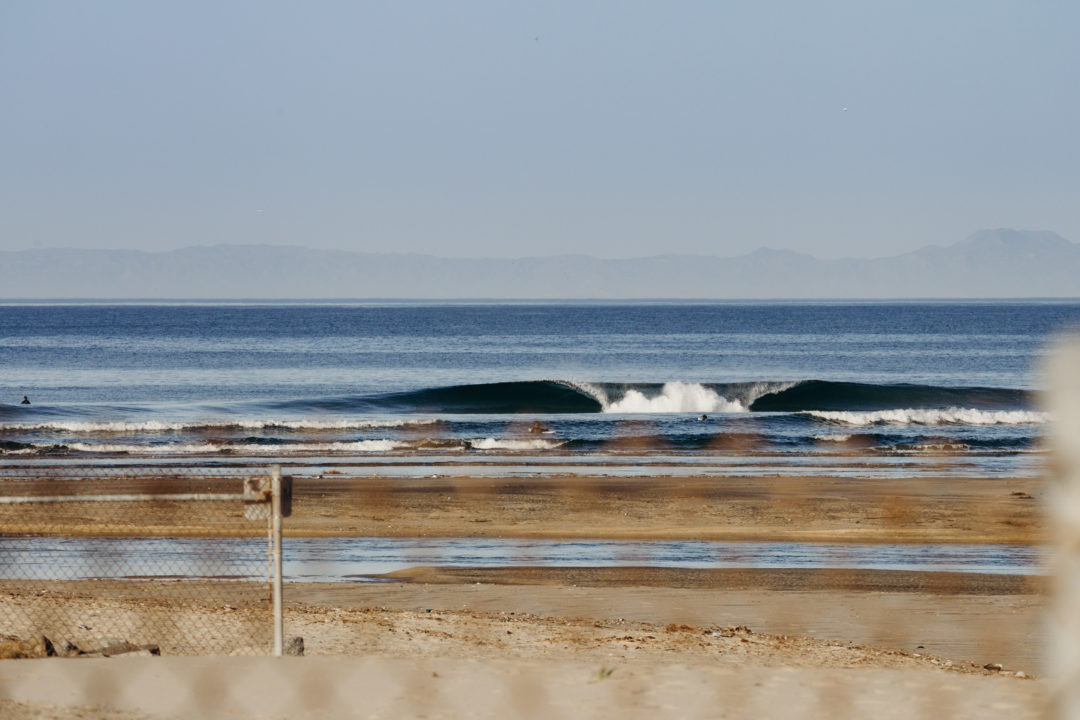 Unique to the Rivermouth, there’s water flowing in and out quickly depending on the time, creating sand bars, making a peaky, racy line up of lefts and rights. On a low tide when the water is coming out of the rivermouth really hard, waves suck up and are extremely hollow. Good for intermediate to professionals. 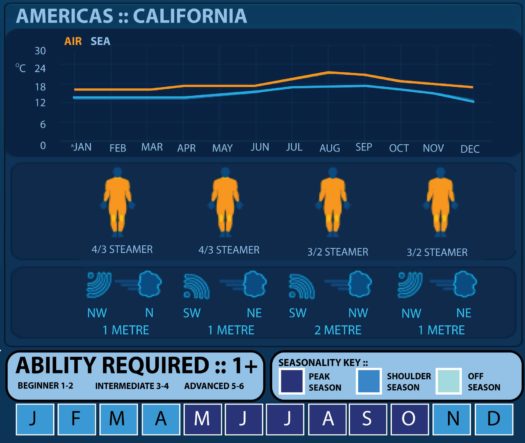 Huntington Beach catches any swell on offer and can will often have a wave even if other spots along the coast are flat. The best time to surf is in winter when bigger northwest swells are on offer and the summer crowds have levelled out. Summer does get good though, especially when south swell from hurricanes in Mexico provide week-long bouts of waves. 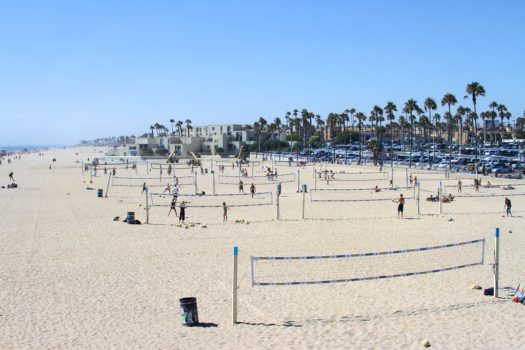 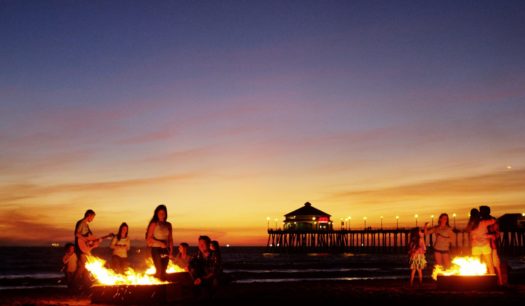 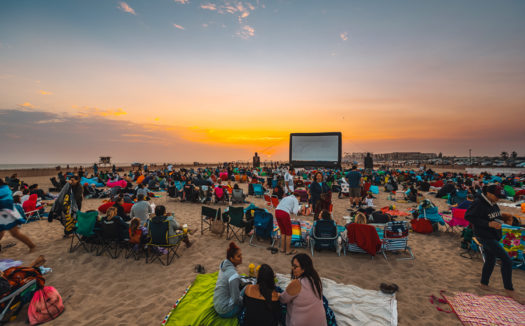 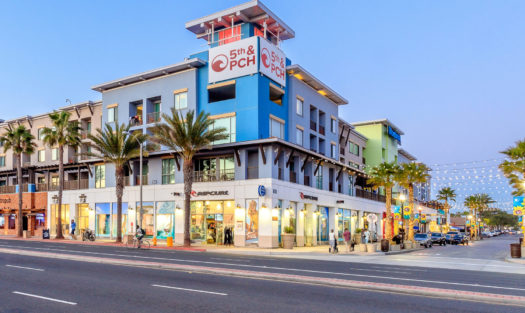 The beach is a wide swath of sand stretching with volleyball nets, basketball courts, bonfire pits, and a biking and walking trails. Huntington Beach has a thriving scene outside of the beach as well. Cruise up and down Main Street and stop in any of the numerous restaurants, bars, or shops. There is also a wide choice of other activities from spa treatments to horseback riding.

California is one of the 50 states of the United States of America.  At 9.8 million km2, it is the world’s fourth largest country by area and third by population. Its vast size harbours massive mountain ranges, giant lakes, two huge coastlines, deserts, savannas and prarie lands. California is the most populous state with the USA’s longest coastline.

The domestic airport at John Wayne Airport is 16k away from Huntington Beach, while Los Angeles International Airport (LAX) is 60 kilometres away, an hour’s drive in good traffic.

This classic Californian surf getaway ticks all the boxes. Picture miles of golden-sand beaches and a world famous pier only moments away.

This classic Californian surf getaway ticks all the boxes.

The Waterfront Beach Resort
from USD $219